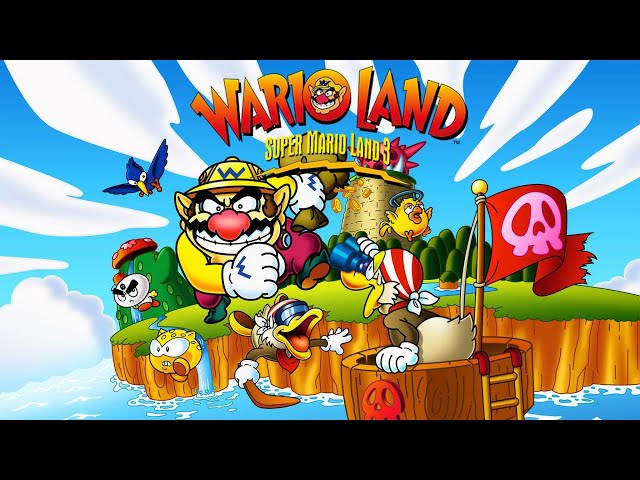 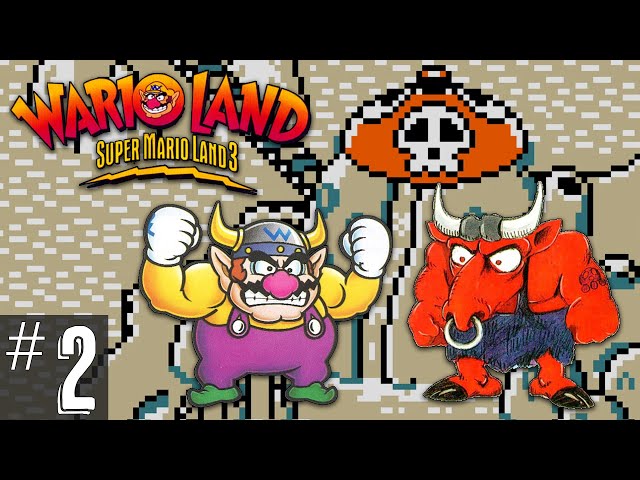 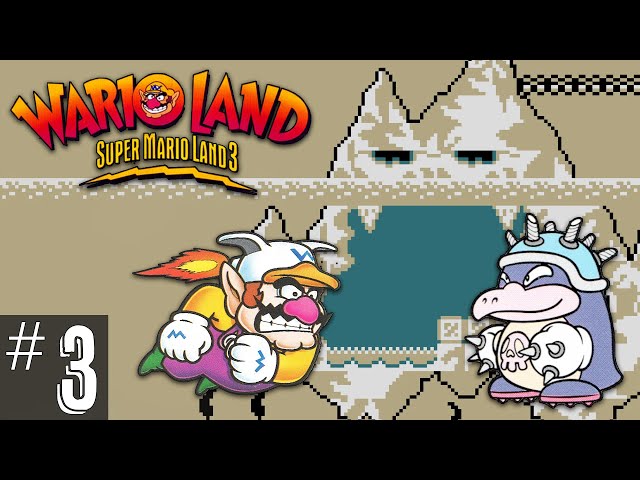 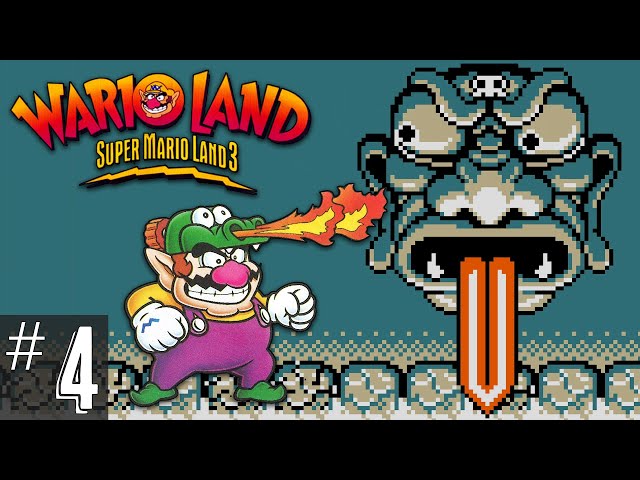 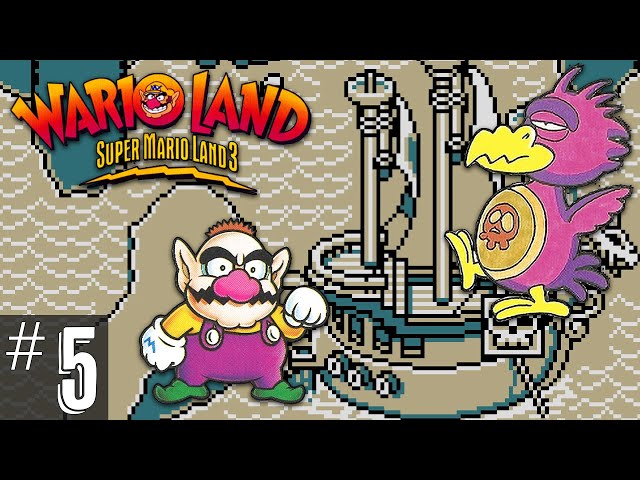 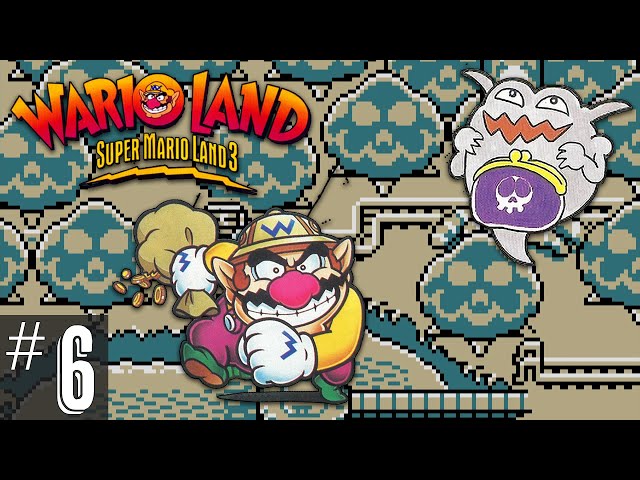 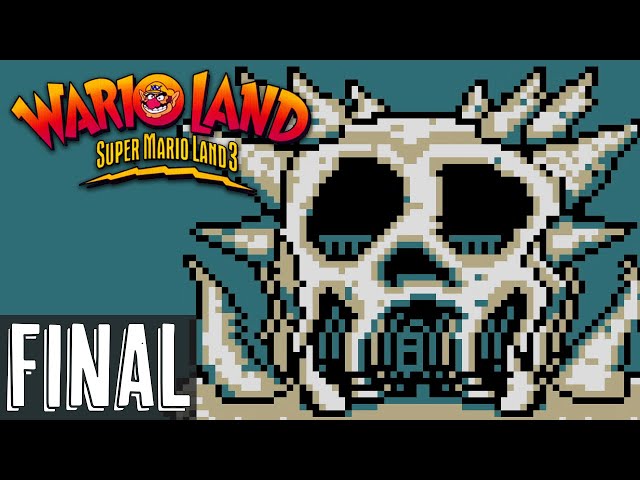 Summary: Join Wario on his quest to take over Kitchen Island and find the giant golden statue of Princess Toadstool.

This was one of my favorite games when I was younger. I played it on the original black and white Game Boy, but decided to play using the Game Boy and Game Boy Color emulator, SameBoy.

I played this game many times, getting most, if not all, the endings at one point. I naturally found all the secrets without the use of a guide.

This is the third game of the Super Mario Land series, which I never played. It follows Wario instead of Mario. The game follows the events of Super Mario Land 2: Six Golden Coins, where Wario was first introduced. The manual says the following about the game’s story:

Remember Super Mario Land 2: Six Golden Coins? Wario tried to take over Mario’s castle, but didn’t have much luck. Wario, being the persistent guy he is, has not given up. Now, he wants a castle more than ever before.

One day, Wario was practicing being mean when he thought to himself, “Rumor has it that the pirates of Kitchen Island have stolen the giant golden statue of Princess Toadstool. Mario is looking for it but, if I find it first, I could cash it in for a princess’ ransom. With that cash and the pirates’ other treasures and coins, I could buy a palace that is way bigger than Mario’s pathetic excuse for a castle. Ga, ha, ha, ha…! What am I waiting for!?”

Full of confidence, Wario took off. He didn’t even stop to think of how tough the Brown Sugar Pirates were. Their leader, Captain Syrup was known the world over for being a really rotten and ruthless guy.

Can Wario find the coins and treasures hidden on Kitchen Island? What will his new palace look like? Will he keep being so mean and ugly? Let’s find out!

At the end of the game, does Wario actually get the giant golden statue of Princess Peach? Spoiler alert: No he doesn’t, because Mario swoops in last second on his helicopter and steals it. But that’s ok since Wario found a genie lamp and calls upon a genie to grant him his wish of a castle. Depending on the amount of coins you have will determine what Wario gets.

Wario Land is similar to the Super Mario Land games on the Game Boy, except there are different power-ups, enemies, environments, etc. Control Wario, charge into enemies to defeat them, and get various power-ups to defeat them easier. There are seven world to explore, each with multiple stages and a boss.

There are various power-ups including a bull helmet that allows for instant destruction of breakable blocks, ground pound to destroy these blocks, and enemies, or to even stun enemies in the surrounding area. He is even able to hang from the ceiling from his horns. The dragon power-up gives Wario fire breath from the helmet and can easily destroy blocks and enemies within its range. And finally, there is a jetpack power-up that allows Wario to glide for a bit, as well as walk a bit faster, but gives him no significant advantage against enemies. Once hit, Wario turns into small Wario and cannot do much of anything. When he picks up the garlic power-up, he will return to normal size.

Within each stage there are coins and hearts. Each heart pickup gives you 10 hearts, and you will get an extra life when getting 100 hearts. Coins are added to an overall total after the end of the level. Also at the end of each stage is a gate that requires 10 coins to open. If Wario doesn’t have enough, he cannot complete the stage. Same with checkpoints found throughout levels.

There are a total of 15 treasures found throughout the game that will be added to a total at the very end to determine the ending.

The graphics are quite beautiful, even for a Game Boy game. There is no color on the original, but when playing on a Game Boy Color, a nice color pallet is available which is what I decided to use for the playthrough.

Overall, the enemies and environments, as well as the overworld, looks really good!

I love the music in the game, especially some of the level themes. Some are dark, while others are neutral or even a bit more light sounding. Unfortunately, there is no soundtrack available for this, or any other, Wario Land game.