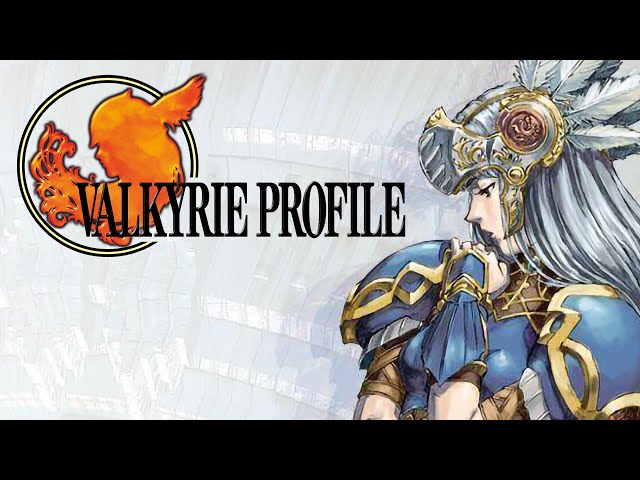 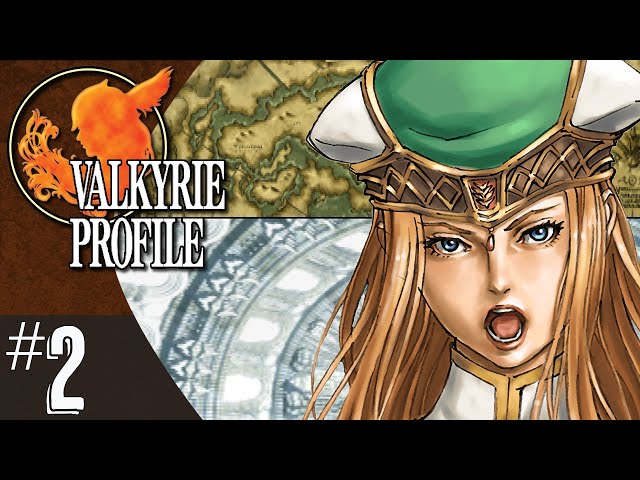 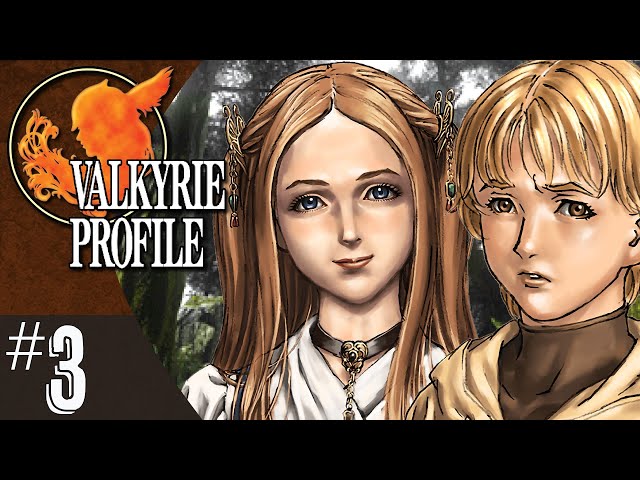 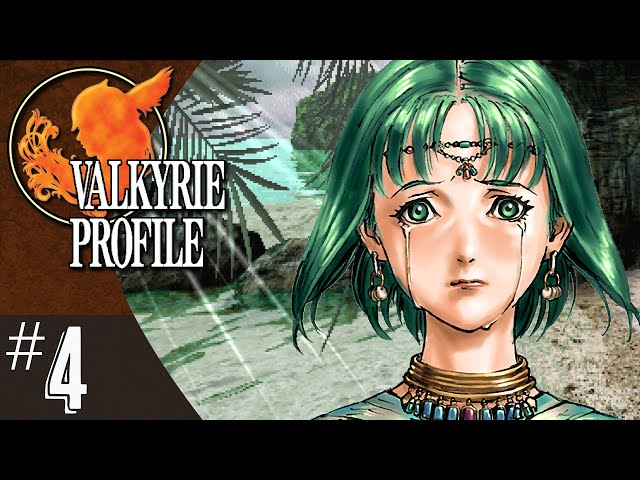 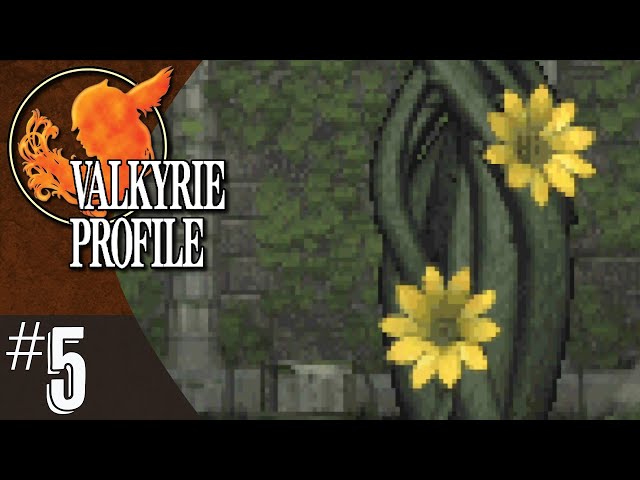 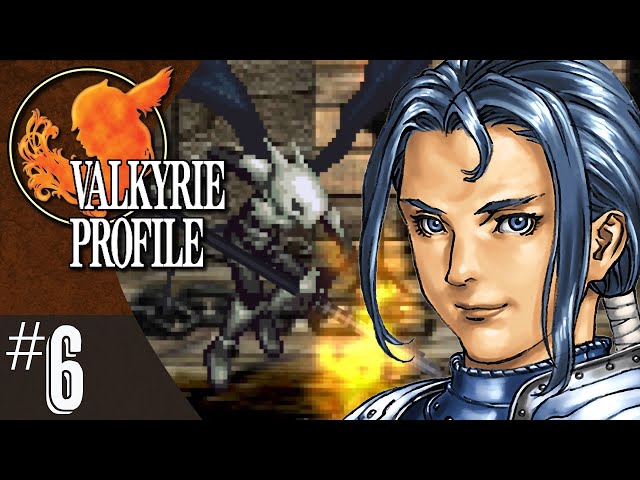 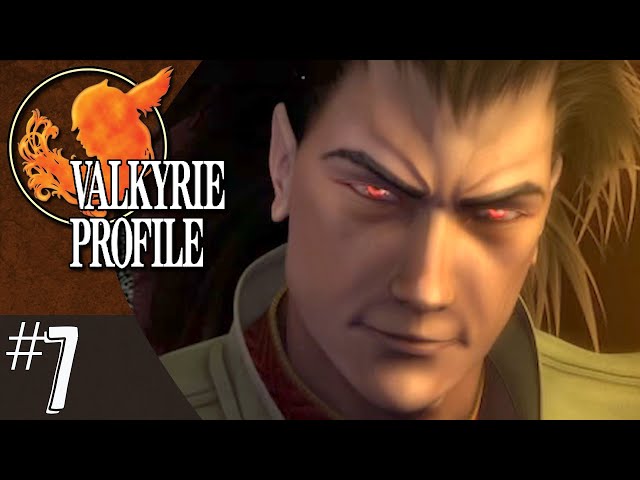 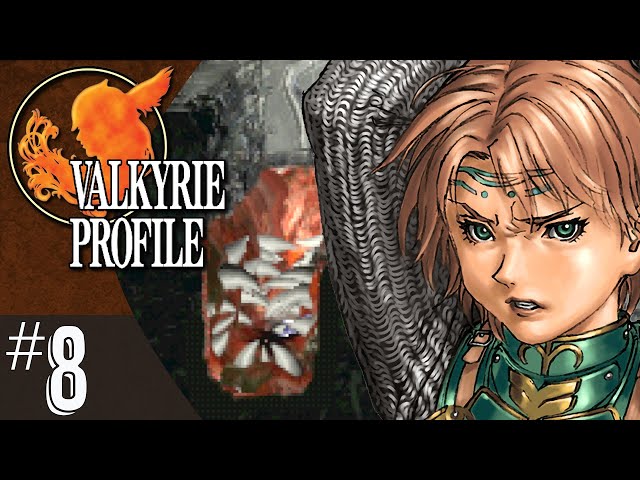 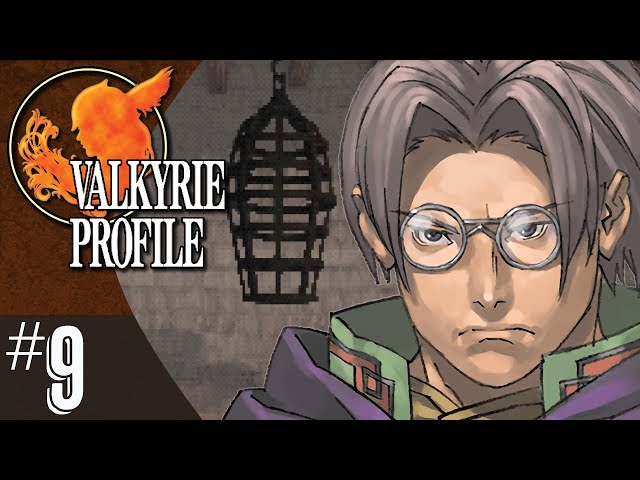 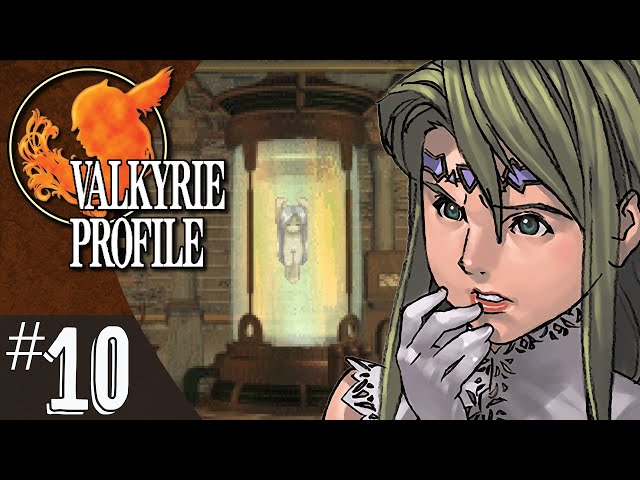 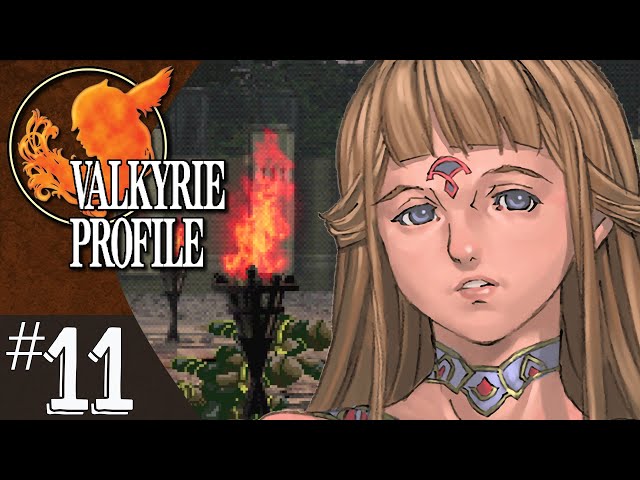 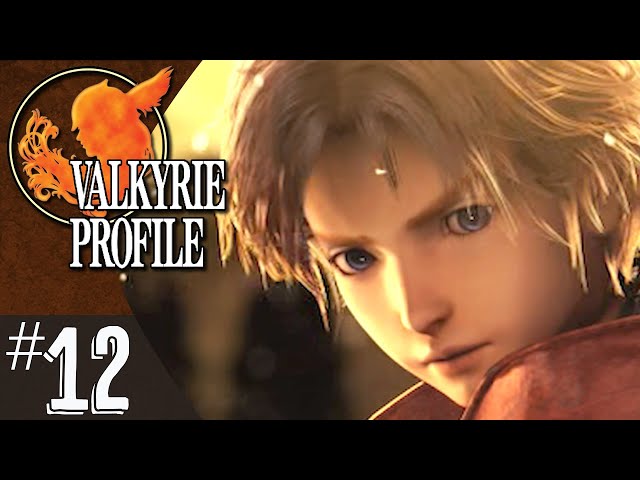 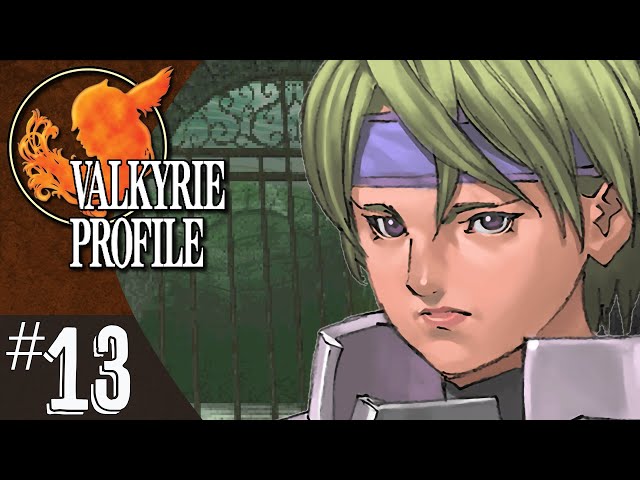 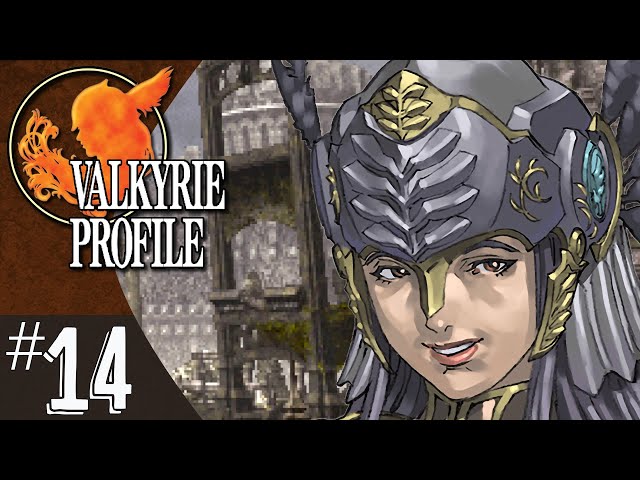 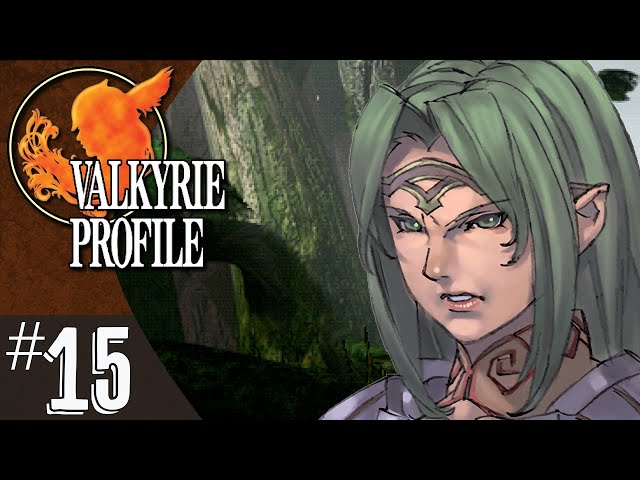 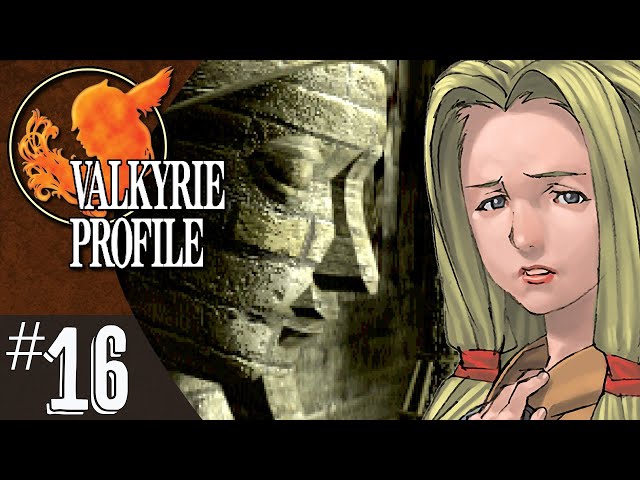 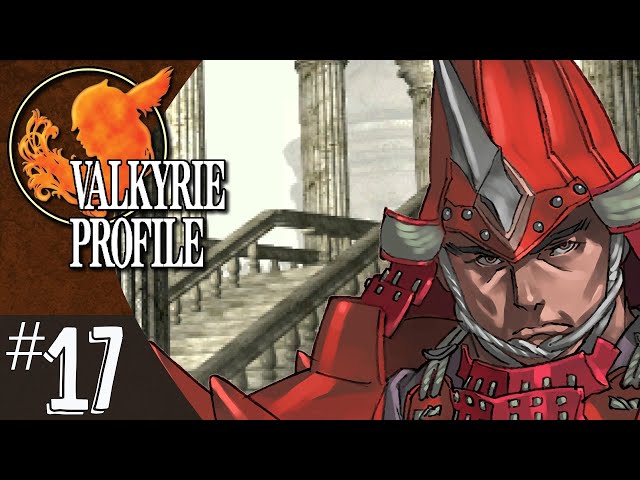 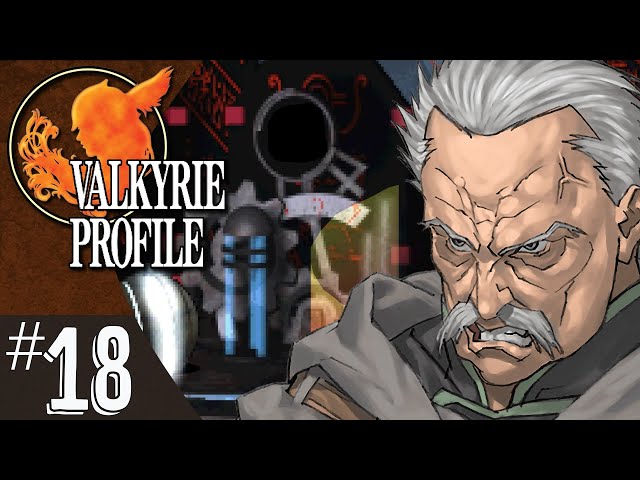 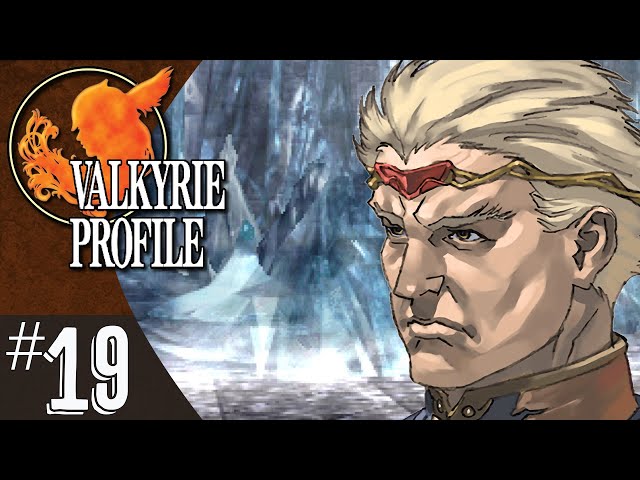 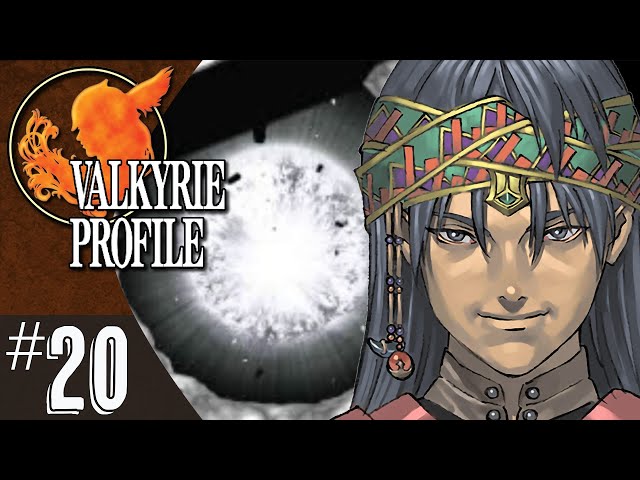 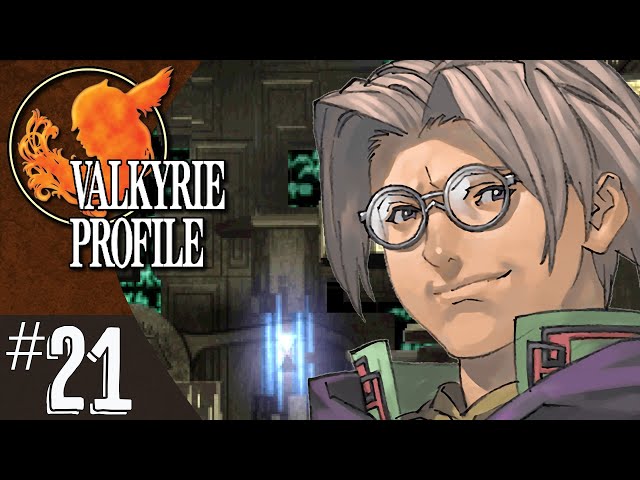 Summary: Lenneth Valkyrie has awakened and is tasked by the god Odin and goddess Freya to recruit Einherjar for the upcoming war and Ragnarok.

I have never played this game, but I was a big fan of Star Ocean: Till the End of Time for the PS2, which is developed by the same team, same director, and even same music composer, as well as cameo appearances from Valkyrie Profile in Star Ocean.

While the PSP and mobile versions contain the following:

There is a lot of story in this game. The first hour to hour and a half is all cutscenes and dialogue screens. For new players, this can seem overwhelming initially, but back when I was younger, people were patient and let things play out.

A useful video guide I used to help me navigate the game is from crimeinpartner.

This game was played using the PlayStation emulator, DuckStation. I increased the resolution with PGXP on. Widescreen doesn’t work for the game and just stretches the image.

Valkyrie Profile is based on Old Norse Mythology. The story begins with a girl named Platina who lives with her cruel mother in a poor village. Her friend, Lucian, indicates that she has to get out of the village since her mom is going to sell her into slavery. Unfortunately, Platina ends up dying due to breathing in the toxins of a poisonous flower.

Some time later, Lenneth Valkyrie awakens and the god Odin and goddess Freya task her with gathering Einherjar (dead warriors) for the war against Vanir and the Ragnarok (the final times). She is to travel to Midgard (where the humans reside) and recruit people that have died and send them to Asgard for the battle.

There are various stories for each Einherjar Valkyrie Lenneth recruits and how they ended up dying. However, most of them are not important to the overall story. However, some are tied directly into the main story.

Below are the characters that Lenneth recruits as Einherjar.

There are three endings in the game, C, B, and A. To get the A ending, it’s best to play on hard difficulty, while easy difficulty it’s unobtainable. The easiest and quickest ending to get is C ending.

This is a turn based RPG game, but unlike traditional ones where you select attacks and techniques from a menu, instead your characters are assigned to one of the four action buttons: X, Square, Circle, Triangle. Four characters can be in your party at one time. Battles consist of pressing these buttons for the character to attack and performing combos by trying to hit the enemy in quick succession, without missing. Grouping attacks quickly raises the special attack gauge, which will allow for a button prompt to execute any of the character’s powerful special attack on the enemy (which can also be chained with other special attacks), and are called Purify Weird Soul attacks. Charge Turn (CT) during battle raises when magic users cast spells, and another spell can only be cast again once it reaches zero. Orbs can be collected in battle when attacking an enemy that’s knocked out on the ground to lower CT.

Each character (which there is 24 playable ones) has three different types of attacks, which depend on the weapon you equip them with. They can even perform more than one attack, but it still depends on the weapon. Each weapon, armor, and accessory all grant different stats and abilities, such as strength, intelligence, agility, dexterity, attack, reduce damage, avoid, hit rate, resist, and elemental resistance. Health is called “divine material energy” or DME). Weapons also have two additional stats, attract trust which is reliability of the attack damage being high, and hit trust is the reliability to actually hit the enemy.

Characters can learn skills by using capacity points, which are obtained by leveling up. Levels can be obtained from fighting enemies, with additional experience granted when gathering crystals by attacking them in the air. Event experience can also be obtained by doing various tasks in dungeons and is a separate pool of experience that allows you to distribute it to your other characters to level them up.

There are various items in the game that can restore health, revive, and many other things. Items can be purchased in the shop, titled ‘Divine Item’ when standing on a save point or on the world map. Items are purchased with materialized points (MP). Some items can also be be turned into another item via transmutate, or even sold for MP by converting them.

Dungeons are explored like a platformer, where you control Lenneth and traverse the dungeon. She can use ice crystals to create platforms, or break them fly across the room, or even use the shards to activate switches. Additionally, breaking a crystal creates an invisible platform where the crystal was for a period of time. Shooting ice at an enemy can also freeze it so a battle isn’t initiated. Run into enemies to initiate combat. However, you can attack with your sword to initiate the first attack. But, they if the enemy touches you from behind, they will strike first. Treasure chests that can contain valuable items are found in the dungeons, as well as save points that will heal you as well.

Depending on the difficulty, there are dungeons that are only available on easy and normal, or hard-only dungeons.

Upon completing the game, or rather saving at the last save point, unlocks the Seraphic Gate, which is a dungeon that has hard enemies and is separate from the main game. Some of the enemy characters can be recruited, such as Brahms, Lezard, and even Freya. To unlock some of these rooms, flame jewels can be found in the main game in various dungeons only in hard mode. There are a total of eight flame jewels and it’s important to find them if you want everything in the Seraphic Gate. There are two extremely difficult bosses, Gabriel Celeste and Iseria Queen (Etherial Queen). The queen is the most difficult enemy in the game with 2.3 million health. Defeating her grants the Tri-Emblem, which massively boosts various stats. Additionally, defeating her 2-9 times grants books that say that there is nothing more. But, defeating her the tenth time gives the best sword in the game, the Angel Slayer, which massively boosts attack. Also in the Seraphic Gate in the last area are tough enemies that are past bosses. A rare enemy may also appear, hamsters, which are extremely tough. They are small and difficult to hit, and have an attack that can wipe out the entire party.

This is mostly a 2D game with some 3D elements such as the world map. Characters are sprites and a portrait of them appears on the screen when they are speaking. The mobile version of the game have amazing HD artwork. I could not find a HD texture pack, but it couldn’t be too hard to do since the assets can be extracted from the mobile version relatively easily.

Motoi Sakuraba does some amazing work, which is why he’s one of my favorite game composers. They music is great, catchy, and memorable. The voice acting isn’t bad either, but there isn’t much of it compared to text dialogue boxes that have to be read.