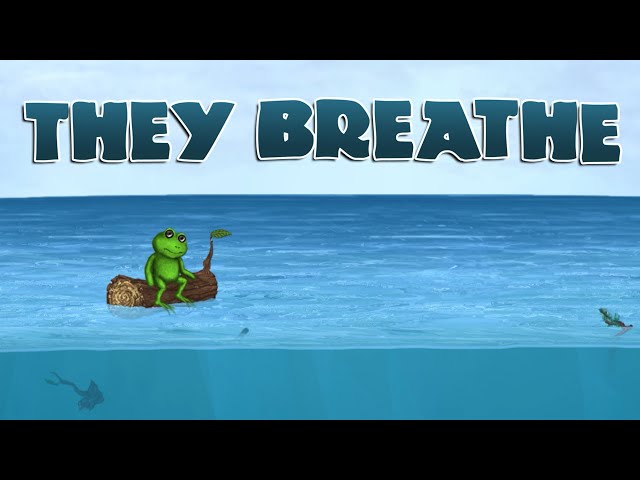 Summary: A lone frog dives deep into a sunken forest to save his friends and find the source of oxygen.

After completing the game, you are invited to check out “Beneath the Surface” with developer notes by using the code ‘jelly’ to gain access.

A frog sits on a log in the middle of a sunken forest. He knows his friends are at the bottom, and he must save them. As he dives deeper, he finds creatures that resembles a moose or cow. These creatures are jellyfish that absorb a frog as a head. Oxygen bubbles are constantly emitted and have different effects on the creatures.

Control a frog swimming under water in a 2D perspective. He can do a quick swim to get to the other side of the screen and avoid enemies. The frog needs air, and there are air bubbles emerging from the bottom of the water that the frog must get if he wants to survive.

Further down, the moose creatures emerge. The first one, brown moose, need air, but will not go after it. Have them avoid the air for them to die, and release a big air bubble. The moose will do damage to you if you touch it and try to drag you to the bottom of the flooded forest. There are also a green moose that emits poisonous green bubbles. This moose goes after the bubbles, so collect them before he does. There are also jellyfish (both brown and green) that will get larger with air until they explode. They will suck you into them and only an air bubble will release you. While a green jellyfish will convert you to a moose head to become a green moose. When moose and jellyfish are present on the field, they can swap their heads between each other.

During several waves there are fellow frogs that need 2-3 bubbles of oxygen to survive and make it to the surface. Failing to do so will create another moose. Some of the frogs are extremely hard to save because of the difficulty with moving them into the air bubbles and having them avoid the enemies.

The ocean is dark and creepy, as are the moose with upside down frogs as their heads. The original graphics certainly look more flat and muted. The enemy design is close to the same, but the environment sees the biggest difference. There is blood in the original version when the frog gets hit or is low on health, which didn’t seem to be present in the remastered version. Nor was the directional arrow that points to the frog when he’s off screen. That would’ve come in handy.

There is some sad and depressing music that plays in the game. It just starts off on a sad note as you dive down to the bottom of the forest. There is also a boss theme that plays which is pretty good. Additionally, the sound of the moose creatures are really creepy. 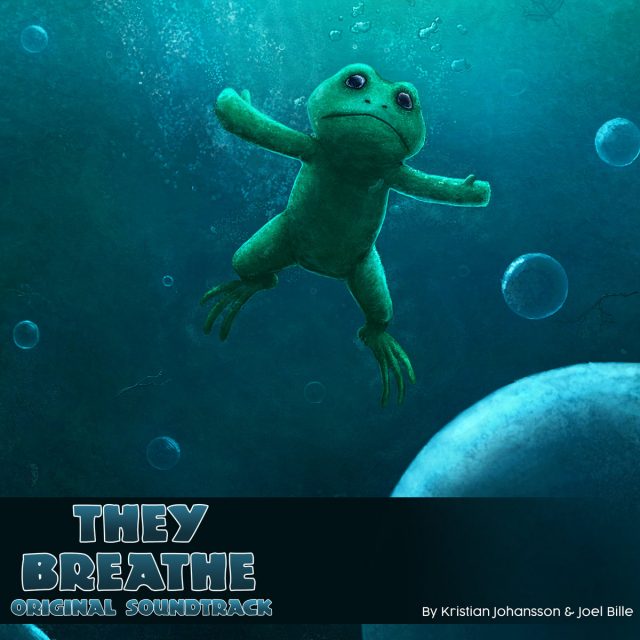