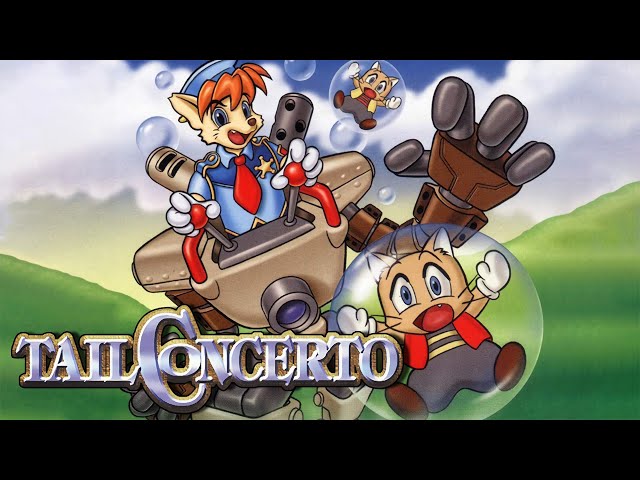 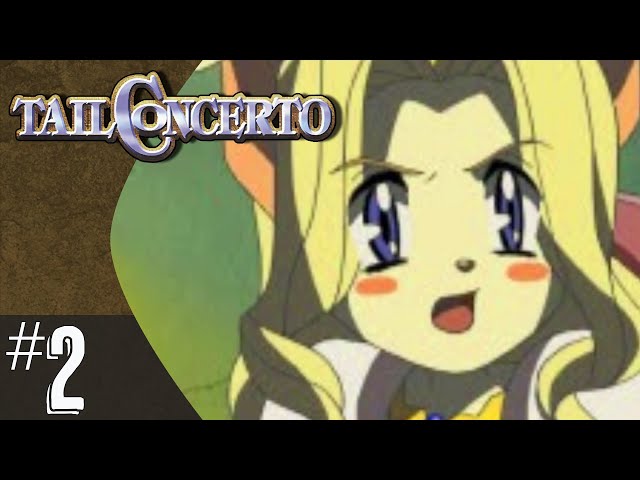 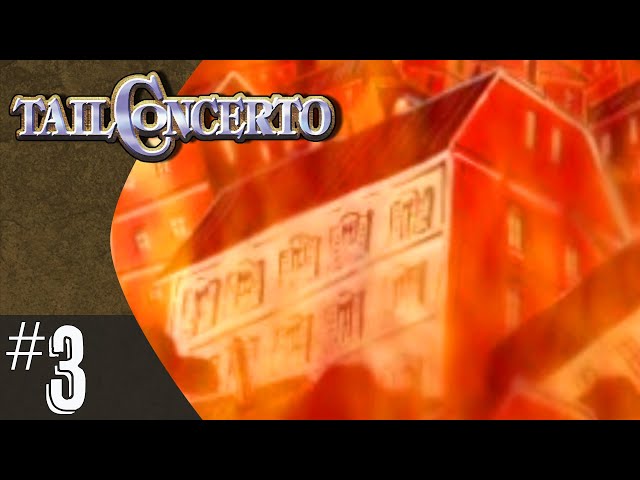 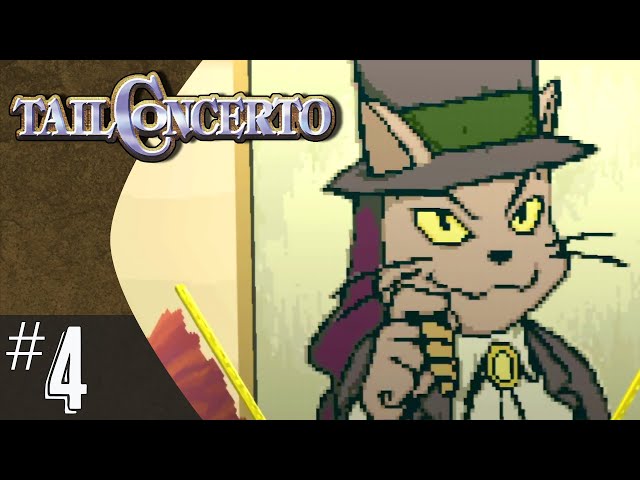 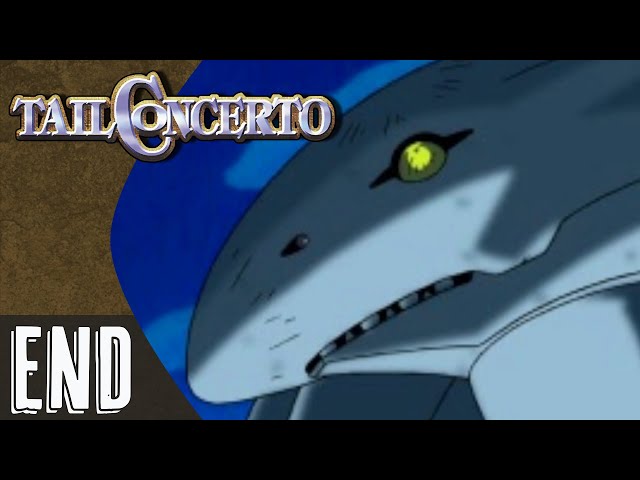 Summary: Waffle is a police dog on a mission to stop the Black Cats Gang and their destruction of the Kingdom of Prairie.

I first heard about this game from an old PS1 demo disc when I was a kid, where it had the Japanese version of the game on it. I remember it being such a weird game that I remembered many years later. I really like the game and the animated cutscenes.

This game was played using the PlayStation emulator, DuckStation. I increased the resolution with PGXP on. The widescreen hack is enabled to see more of the picture.

The Kingdom of Prairie is home to 50k dog people and 2k cat people. They do not live together, but on occasion they can get along well. They live in a community of floating islands and travel via airships and steam cars. At Ferzen, a mining town were various artifacts are found, the head of the Iron Giant is discovered. Not much is known about the Iron Giant, however.

Waffle, a police dog in the town, is sent to investigate the Black Cats Gang which is a group of cats that are attacking dog villages. The three leaders are the Pris sisters, Alicia, Flare, and Stare. Waffle has some personal history with Alicia since when they were younger he gave her a crystal which she has worn ever since.

The three sisters are being assisted by Fool, a black marketeer that specializes in illegal artifacts. He wants the Pris sisters to collect crystals so he can resurrect the Iron Giant. However, he doesn’t tell these plans to the sisters, and instead makes them hate the dog people for no good reason.

The Pris sisters even go so far as to capture Princess Terria. Waffle saves the day, but only after having to give them the crystal found in Resaca, which they dropped, and find the crystal hidden in the Ferzen mines. When Waffle defeats them, again, they drop both crystals. Waffle ends up finding another crystal stolen by the kittens at Grimto, where the sword of the Iron Giant rests.

After another encounter with the Pris sisters at Grimto, Alicia appears jealous that Waffle is talking with Princess Terria, perhaps the root of her anger towards Waffle. During their escape, Flare falls and Cyan Garland, another police dog, captures her. In a jail cell, she admits to Waffle that the reason Alicia hates dog people because she thought dog people hated cat people, which couldn’t be further from the truth. She even said that Prairie use to belong to the cat people and dog people took it over. So, she wants to make a country just for cat people. The story was also made up by Fool to acquire the crystals.

Waffle enters Fool’s secret base, but Fool is such a wimp that he keeps fleeing. However, Waffle gives his grandfather the crystals and he concludes that the Black Cats Gang is trying to use them to bring back the Iron Giant, which was built by two civilizations that were at war with one another.

Waffle wants to get to the bottom of why Alicia hates the dog people so much and ends up discovering that Alicia use to live in Porto and her father was severely ill and the dog people did the best they could, but he ended up dying. Alicia was then sent to an orphanage. Waffle ends up finding Stare and Flare and brings them back to his place until he can find Alicia. However, at night, Alicia goes to Waffle’s place and reunites with her sisters. In the middle of the night, Alicia steals the crystals and returns them to Fool.

Now that Fool has all but one of the crystals, he sneakily steals Alicia’s pendant, which was the final piece, and a token of friendship that Waffle gave Alicia when they were young. Fool resurrects the Iron Giant and it starts destroying Prairie. Waffle goes into the Iron Giant to deactivate it and save Alicia. All he had to do was remove a crystal and the giant fell apart into the ocean. With Alicia with him, he gives her back her pendant and she is happy again.

Control Waffle in his Police Robo while collecting kittens that are part of the Black Cats Gang. The Police Robo moves a bit clunky and is hard to control. But, it is equipped with a bubble blaster to do damage to enemies and put the kittens into a bubble for a short period of time. Other techniques the Police Robo has is arm flaps to go a little extra distance when jumping, diving in a direction to avoid an enemy attack, and Flyleaf allows for the use of the jetpack to navigate around the islands.

Waffle must collect kittens by running up to them and grabbing them, or using the bubble blaster and then grabbing them. I don’t know how he can store all those kittens in his Police Robo, but somehow he does. Sometimes the kittens will be running around solo, or driving a vehicle, a tank, or even an airplane. Bosses in the game are a step up and involve one of the Black Cat Gang leaders in a giant cat mech. The bosses get progressively harder as the game goes on.

Waffle can also be damaged quite easily from kitten skull bombs and falls, so bones, can food, and first aid kits will bring him varying levels of health. Furthermore, a whistle will grant him an extra life. There are even star boxes located throughout various stages that give part of a photo. Back in Porto in Waffle’s house is a photo album that he can look at the photos if he gets enough pieces to fill out a photo.

After completing the game, there is a bonus mode that doesn’t allow you to play the game (so don’t overwrite a save file if you need it), but instead walk around with Waffle in Porto on his day off in his pajamas. You can talk to the Pris sisters, view movies and photographs (if you collected them all – there are three bonus photos), and listen to music (if you beat the game on hard).

The colors are bright and vibrant. Each character model is done well with each of them having a unique look. It is an appealing game to look at. There are even FMV cutscenes that are anime style.

The voice acting in the game is pretty good, well except for maybe the boss battles. Generally dialogue sequences and cutscenes are good.

The music in the game is pretty good and memorable. There are some catchy tunes that stand out with each area and character having a unique theme. There was no soundtrack available at the time the game came out. Rather, it was released 17 years later.