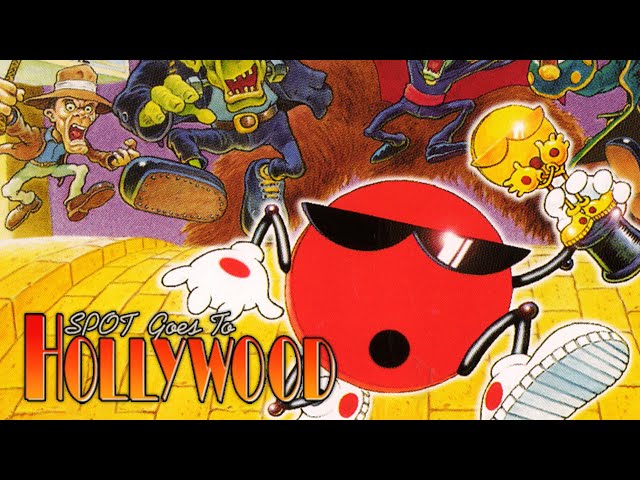 This was a Sega Genesis game I played back when I was younger, but it was so difficult that I could never complete it. I maybe made it about half way into the game before being able to proceed further.

The Genesis version really isn’t all that great, but I’ve seen some of the Saturn and PS1 version and they look to be much more playable and enjoyable than the Genesis counterpart.

In the PlayStation and Sega Saturn version of the game, Spot (the 7 Up mascot) falls out of a Cool Spot vending machine in Hollywood and wanders into an employee room and starts up the movie projector. He gets trapped in the projector and has to navigate through various movie genres. He manages to escape the movies, but so do the enemies he’s been fighting.

Spot is in a 3D space, making it difficult to navigate. Controls are also a bit difficult at times due to the perspective. During Spot’s adventures, he has to collect spots in order to complete the level. Collect enough to complete the stage. Sometimes they are out in the open, but other times they are hidden quite well. He also has a ranged attack to combat enemies, but they often have so much health that it takes many hits to finally kill an enemy.

Health is sparse, as are extra lives, making it difficult. There are various items to pick up that give you points, but that’s about it. Beating the game without save states will be extremely challenging.

The game has muted graphics. Nothing really stands out. They are mostly dark and faded, not that colorful. The environment are also nothing spectacular either, mostly due to the perspective of the game.

The music seems to be muffled and mostly mono. It doesn’t appear to have been created natively for the Genesis unlike many other great Genesis games. It’s not necessarily bad music, but doesn’t really stand out.