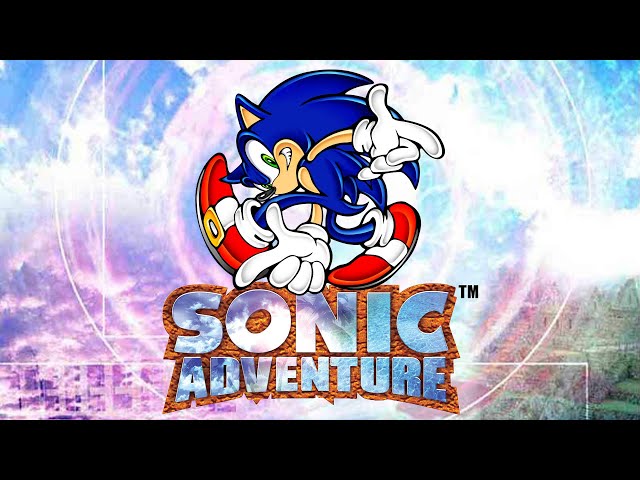 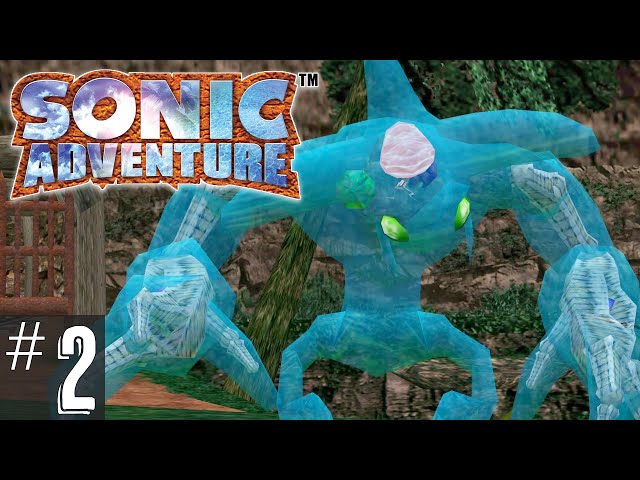 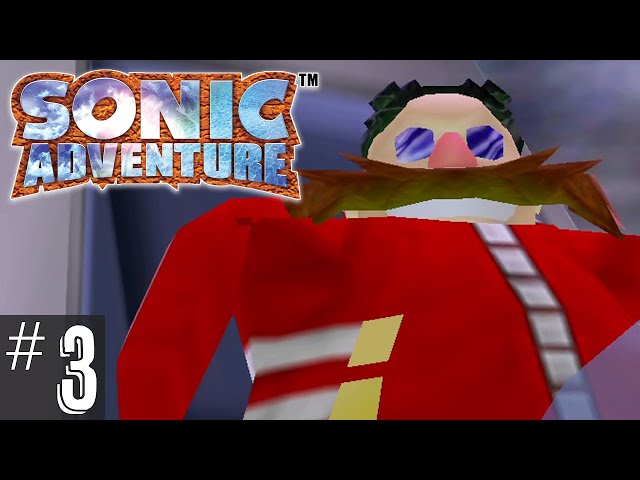 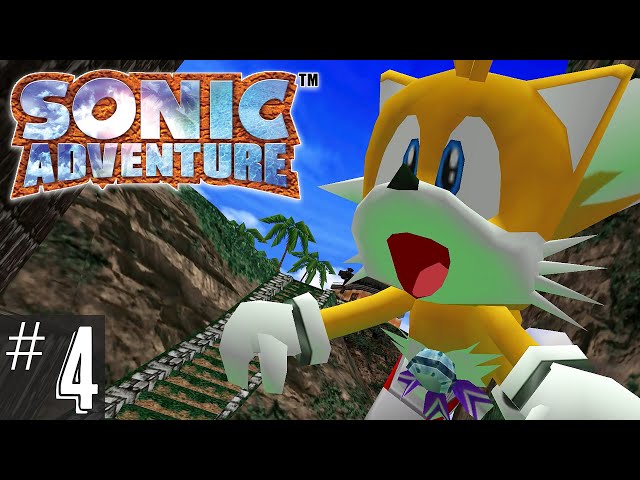 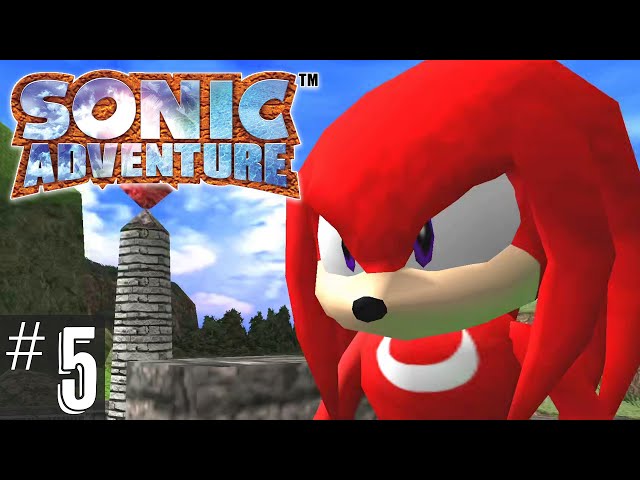 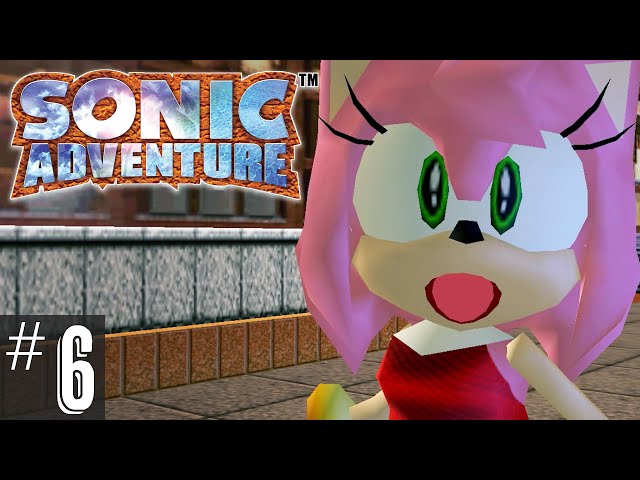 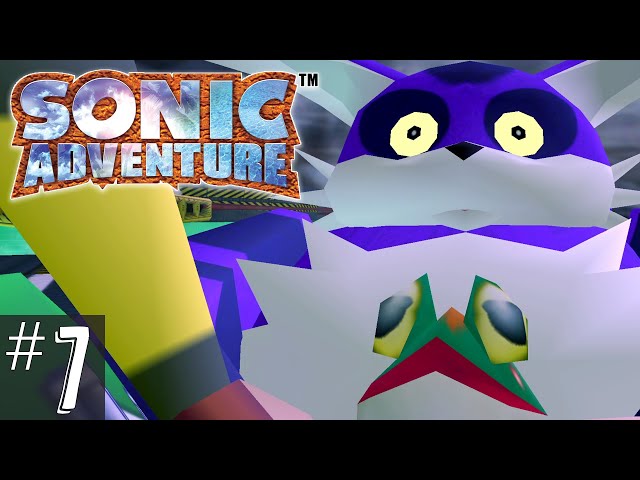 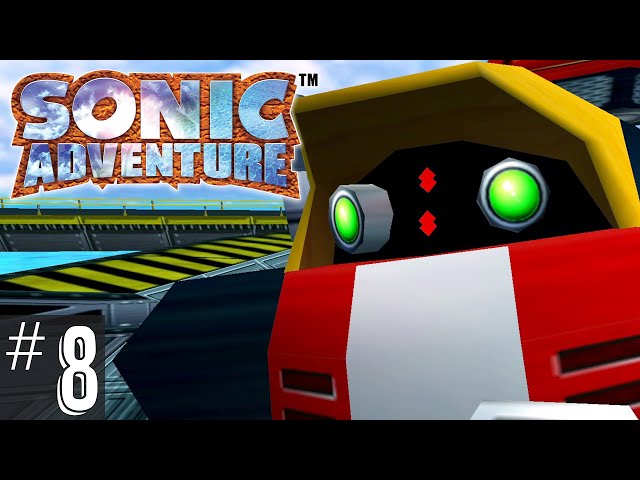 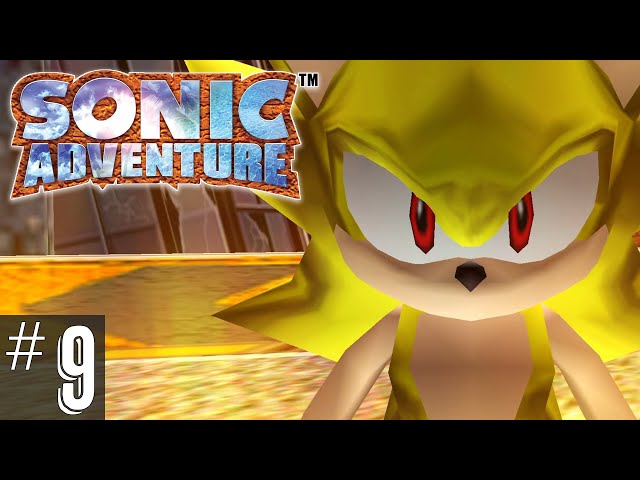 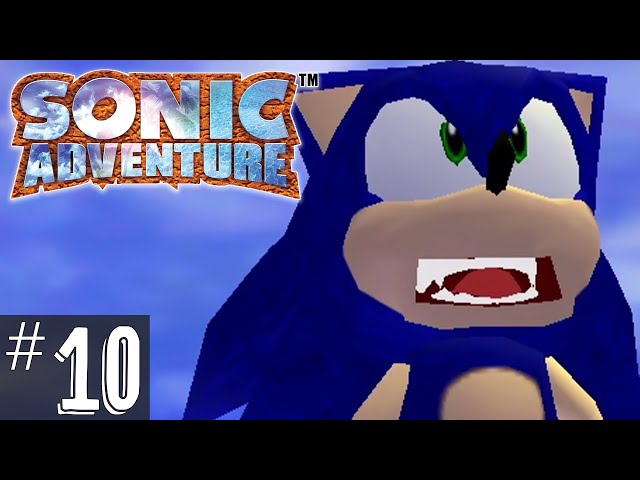 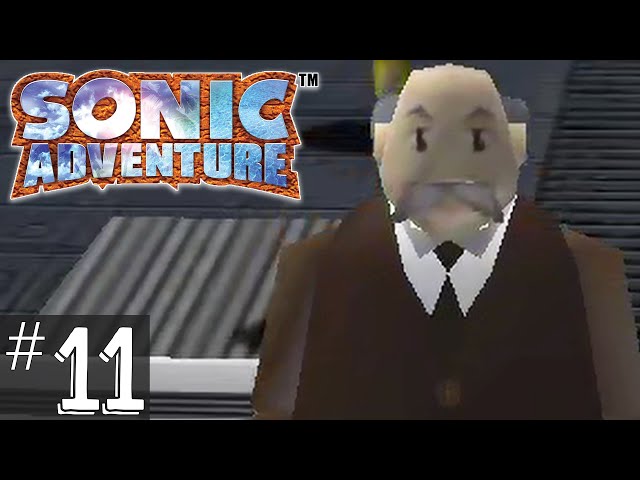 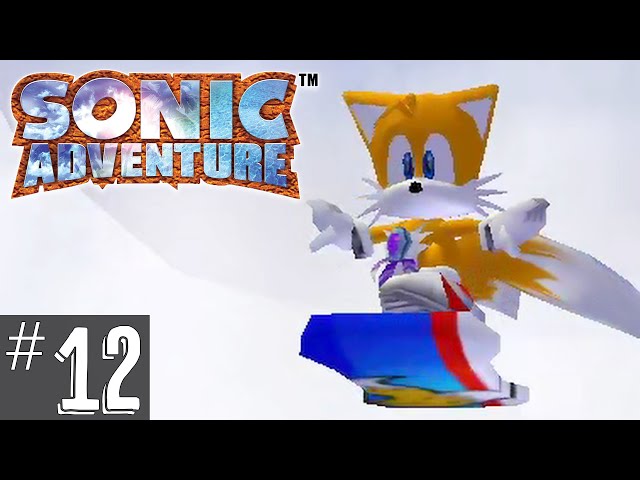 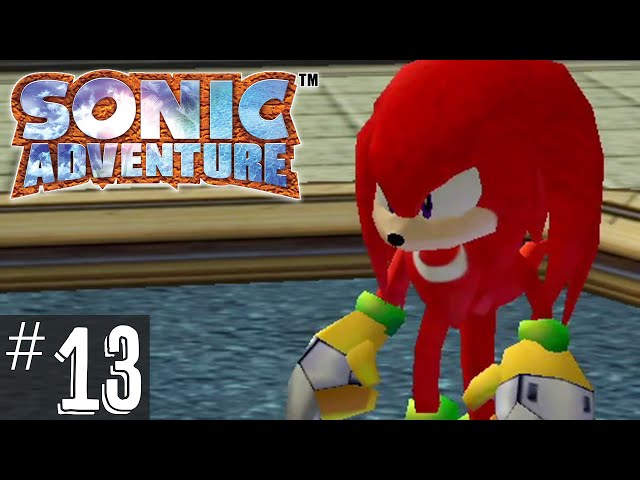 Summary: Sonic Adventure follows the story of Sonic the Hedgehog and friends to stop Dr. Robotnik from unleashing an ancient creature, Chaos.

Sonic Adventure originally debuted on the Sega Dreamcast, and I owned it not too long after it was released. It was a great game, but also too difficult for me back then. I don’t think I ever completed it, and instead started playing Sonic Adventure 2 when that was released, and enjoyed it so much more.

Sonic Adventure was later released on the GameCube and titled, “Sonic Adventure DX: Director’s Cut.” This version had higher-resolution textures and more detailed character models. However, it was not the version I initially played, and thus didn’t look the way I was familiar with, and many other fans of the game were not happy with the changes. Likewise, the game was also ported from the GameCube to the PC. The original PC release (not the Steam one) was ported to the Xbox 360 and PlayStation 3. Then the Xbox 360 version was ported back to the PC for the Steam release.

I was unhappy with how the Steam version looked, and the lack of widescreen support. So, I found SADX Mod Installer. This mod is a collection of various mods that restore the original Dreamcast lighting, characters, and other changes in the PC release. It makes the Steam version the original PC release, applies changes, and restore Steam functionality, such as achievements. Simply install it and check off the mods you want and play.

I’m playing with the following mods, which is all of them (except the Frame Rate Limiter since I’ve found it actually makes cutscenes choppy every few seconds for some reason).

Also, after recoding the first part, I noticed the new sound effects were too loud. After some research, I found a fix which is to enable the “Logarithmic Sound Volume” setting in the Sound Overhaul 2 mod. The hint says it should be used with DSOAL. If you browse the mod folder, and read the changelog, it indicates, “Starting with version 0.8532 (October 22, 2019) Sound Overhaul 2 has an option to enable logarithic volume controls. This option makes sound effects louder and is technically more “correct” than default ingame volume adjustment. However, it does not adjust the volume of 3D sounds, which will be too quiet in comparison. To fix this, use a DirectSound wrapper called DSOAL (see link above), which will fix volume adjustment for 3D sounds.”

Since upgrading to Sound Overhaul 3, the audio in the game is louder and supposedly fixes the volume of 3D sounds, but it is still required to have DirectSound wrapper installed, which seems to differ from the one in version 2, and can be found via a link in the changelog of the mod.

Feel free to also check out the playthrough by SlimKirby. He managed the difficult task of getting all the emblems. He also played using the DX GameCube version, so there will be some differences.

The story follows Sonic, Tails, Knuckles, Amy, Big, E-102 γ (Gamma), and Super Sonic. You play as each character and view their perspective of the overall story of Dr. Robotnik (Eggman) bringing back an ancient creature, Chaos.

This ancient water creature absorbs chaos emeralds to gain its power. Sonic and Dr. Robotnik battle for the chaos emeralds. But, as Chaos grows from each emerald, the town (Station Square) becomes in danger.

During Sonic’s story, you are mostly battling Eggman and Chaos. Sonic chases down Eggman who keeps stealing the Chaos Emeralds to feed to chaos. After defeating Chaos, Sonic battles Eggman one last time and his story ends.

During Tails’ story, the tone is much different. Tails looks up to Sonic like a role model, and most of his stages consist of racing Sonic to the finish. Tails becomes separated from Sonic at one point and has a memory of them together, but they quickly meet back up. At the end, Tails gets his time to shine as he saves Station Square from Eggman.

During Knuckles’ story, OH NO! As a protector of the Master Emerald, Knuckls’ sees it shatter due to Chaos. He must retrieve these missing fragments so Angel Island can return to its place in the sky. There is also more backstory in land of the Echidnas where Tikal is trying to get her father to stop an upcoming war.

During Amy’s story, it’s a typical girl’s night out! Chasing after Sonic, while he runs away–the usual. However, one of Eggman’s robots, Zero, captures Amy and prevents the date with Sonic. Amy also finds a bird and is determined to find its family. Amy takes on Zero for one final confrontation and saves the birds! Chaos is only ever briefly seen during a flashback, confirming that he is an ancient creature.

During Big’s story, his good old friend, Froggy, had a run in with Chaos and grew a tail. Froggy then consumes Big’s lucky charm, a chaos emerald. Big is pretty much just hunting down Froggy for the entirety of his story until he gets onto the Egg Carrier and has to defeat Chaos 6 after he consumed Froggy.

During E-102 Gamma’s story, Dr. Eggman is training robots to combat Sonic’s efforts to stop him. There are several robots in the series, including E-101 β (Beta), E-103 δ (Delta), E-104 ε (Epsilon), E-105 ζ (Zeta). Gamma is the most successful one of the bunch, but has to battle against his brother, E-101, and even sees him being worked on Eggman’s secret lab. He then meets Amy along with the bird Amy found in Eggman’s jail cell. The bird approaches E-102 and he has a change of heart and let’s Amy free. After this, he develops his own emotions and sees Eggman as a threat, realizing he has to “save” his robot brothers. With each robot destroyed, a bird is released. His brothers are the bird, because he too is a bird. And at the end of his story, his bird is set free to be with his bird family.

After completing all stories, you get to play the epilogue – Super Sonic. Chaos returns and uses the power of the chaos emeralds and destroys Station Square. During a flashback, it is revealed that Chaos stopped Tikal’s father from using the power of the chaos emeralds. But in the present, Tikal reveals to Sonic that Chaos has anger within him and destroyed the world in the past, and is going to do it again. Using the power of the chaos emeralds, and his friends, Sonic gets the positive energy of the emeralds and transforms into Super Sonic to defeat the darkness in Chaos – all while the main theme, “Open Your Heart,” plays. After he is defeated, Chaos remembers that he use to guard the Chao in the past, and returns to his role. Tails: All’s well that ends well, right? <– Right! 🙄

Each character controls differently. However, the controls tend to be a bit difficult at times, and the camera is pretty bad. It will turn unexpectedly when you don’t want it to. And even in free look mode, it’s still bad.

Sonic moves fast and can spin dash to get across the field quicker, but he also gets a power-up to dash through lines of rings. Additionally, Sonic has a homing attack to attack enemies.

Tails mostly flies and his stages revolve around racing sonic to the exit. The levels are quick since you can skip most of it by flying.

Knuckles has hide and seek stages where he has to hunt down three shards of the Master Emerald. He can fly, climb, and dig, and the emerald shards will be in various locations. Hints are provided by glowing orbs, and there is a radar system that lets you know when you are close to an emerald.

Amy has only three stages consisting of running away from one of Eggman’s robots, Zero. Amy is incredibly slow, and running up a hill turns into a walk. Zero cannot be defeated in the stages, but Amy can use her hammer attack to stun him for a brief period of time.

Big’s stages are all about fishing. Yes, fishing in a sonic game. Big is literally big and clunky and hard to move, so his action stages are fish for Froggy, then once caught, Froggy vanishes immediately. Fishing can be quite challenging, probably because I’m not good at it. Big also like the most upgrades of anyone else, including on in a level. All characters besides Sonic have two, while Sonic has three, but Big has six! Four of them, however, are lure upgrades to make him able to catch bigger fish. FROGGY! 🐸

E-102 Gamma’s stages are so much fun! It’s literally a destroy everything in sight mission where the timer counts down and you gain time by forming combos. E-102 can also hover making skipping sections of the level easy. His stages are short and generally always end in fight another robot, to save the bird inside.

Super Sonic is Sonic, but much faster and uses 1 ring per second. If you run out of rings, he return to normal Sonic–and you know we don’t that! Super Sonic is only for the final boss, Perfect Chaos, which can be difficult due to the ring loss.

There is also mission mode where you play as each character and complete a total of 60 various missions. These can be super easy to extremely difficult…like the Ice Cap snowboarding one…😒

There is also a Chao side gameplay where you can grow and race Chaos. Give your Chao animals to power up the status, or purchase upgrades from the shop using rings you’ve collected.

The unique thing about the original Dreamcast was the memory card, the VMU. It was a small portable game system, and Sonic Adventure took advantage of this. Your Chao was saved on the VMU and when not playing Sonic Adventure, you could play Chao Adventure. There were various areas to adventure through, items and characters to find that boosted your stats, and play a matching game. If you had a friend with a VMU, you could battle and mate Chaos. I effectively maxed out my Chao this way!

There are 130 emblems in the game. In order to get all of them, you’ll need to complete each level three times. You get an emblem for completing the level the first time, another for beating it with at least 50 rings, and another for completing it within the time limit. There are also 12 emblems in the overworld, 10 in minigames, 5 in Chao races, and 7 after each character’s credit sequence.

For a game that came out in the late 90s, the graphics are quite impressive on modern hardware with upscaled graphics, HD textures, and widescreen resolution. Since I am using mods to achieve this, including restoring the better lighting and textures of the original Dreamcast version, I personally think the graphics look amazing.

The character models also look good, even the new ones for the DX release (not used in my playthrough). That being said, the character animation in cutscenes is quite funny. The way some of the characters move their mouth is hilarious.

The music in the Sonic series is one of my top favorites. Each character has their own theme, which is not only catchy, but also a quality song. The music in the stages is also really good and sticks with you, some stages more than others, but overall a solid soundtrack.

Sound effects fit the game, as well as the character voices. Actually, the voices are quite hilarious at times, but that is the charm of the game! “OH NO!” – Knuckles 👊 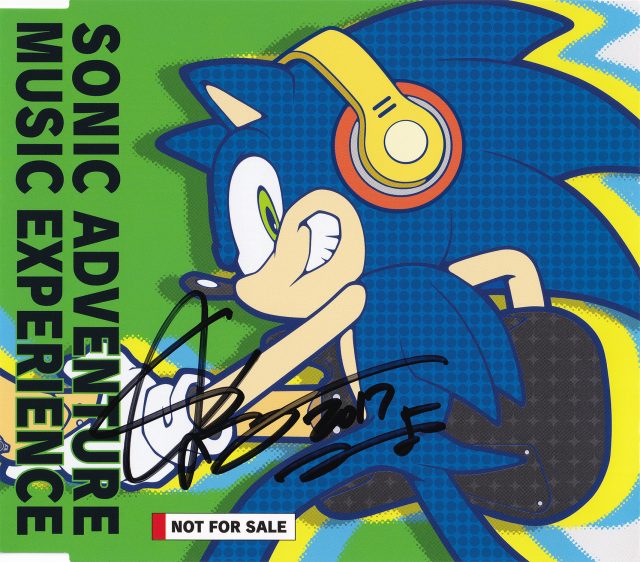