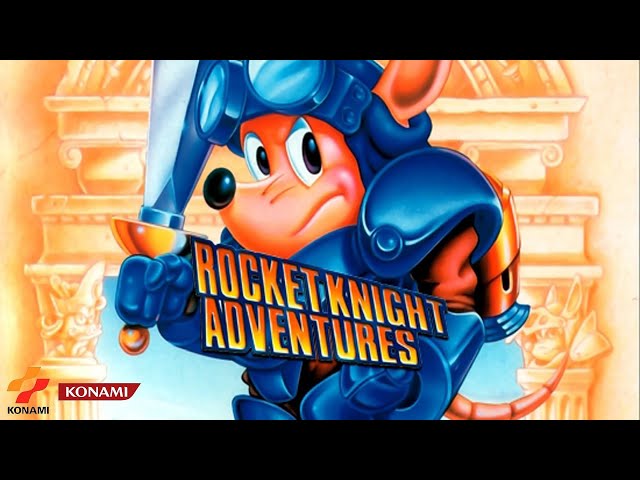 Summary: Help Sparkster save Zebulos from the evil Axle Gear. Rescue the princess to prevent the Pig Star from being reactivated.

This was my first time playing this game, as I’ve never heard of it. A viewer suggested it was good, so I checked it out and gave it a try. Overall it was a great time, extremely difficult though.

In the past, a powerful warrior, El Zebulos, fought hard against invaders riding on the Pig Star, which has the power to destroy whole worlds. He sealed them away with a key that his family protected. The leader of the powerful army called Rocket Knights that was created to defend against the invaders is Sparkster the opossum. He is now on a quest to save Zebulos from the evil Axle Gear, whom he banished from the land in the past. Axle captured the princess as blackmail to obtain the whereabouts of the key, but doesn’t know that the princess actually knows where the key is. The fate of Zebulos is in Sparkster’s hands!

Does he manage to save the princess and destroy the Pig Star? Yes (if you can get through the difficult enemies and bosses)!

This is a fast paced action game that is quite challenging. So challenging that I needed save states and it was still very hard. Enemies come at you fast and you must be ready to destroy them quickly. Your enemies are all pigs, some even in vehicles. Your sword has a short beam that comes from it when you attack, which is good for a slightly ranged attack. There is also a charged rocket attack that can shoot you in various directions and diagonally. You will need to do this to get to certain areas.

There are various types of levels, such as ground levels, swimming levels, and flying levels. Each stage is divided into multiple sections.

There are seven stages and each one has multiple bosses. Most of the bosses have multiple phases, and if you die on one, you have to do the fight all over again.

The game features colorful graphics. The levels have a nice parallax effect to give it a sense of depth. The design of the levels is also pretty good. It’s linear and you cannot get lost. The enemy design is unique as well.

The music is nice and catchy. There are some great tracks in the game, such as some of the stage levels. There was even a special vinyl released for the game.