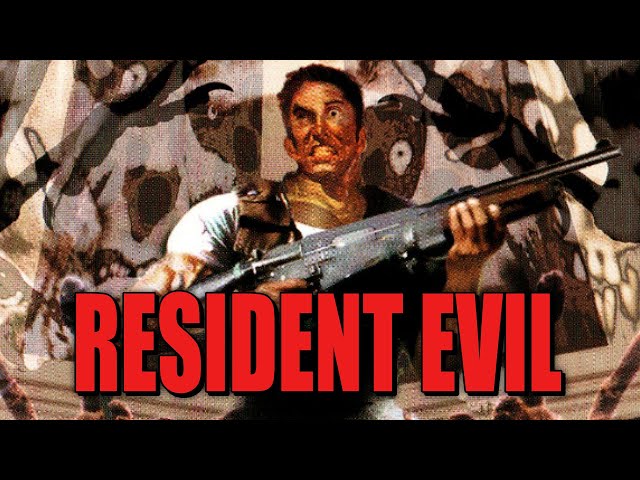 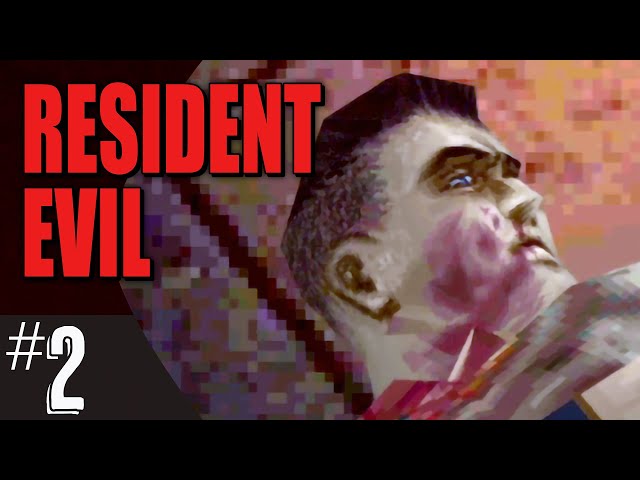 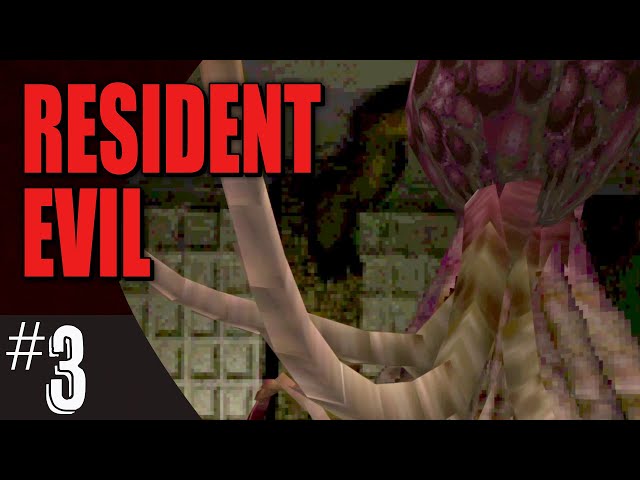 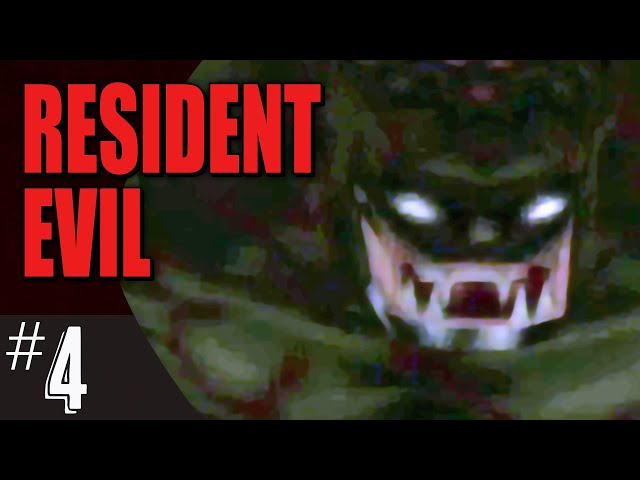 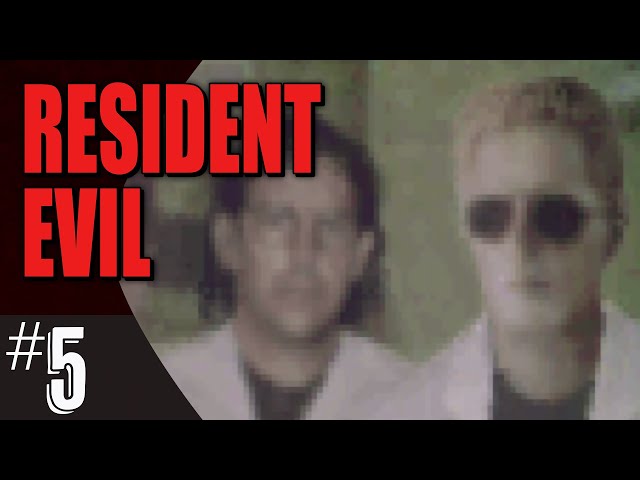 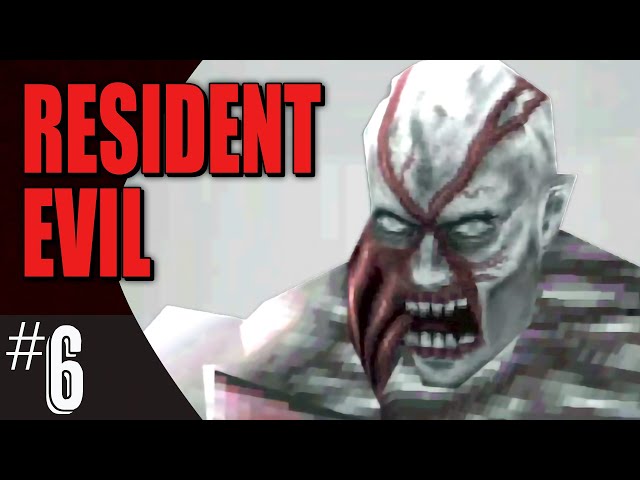 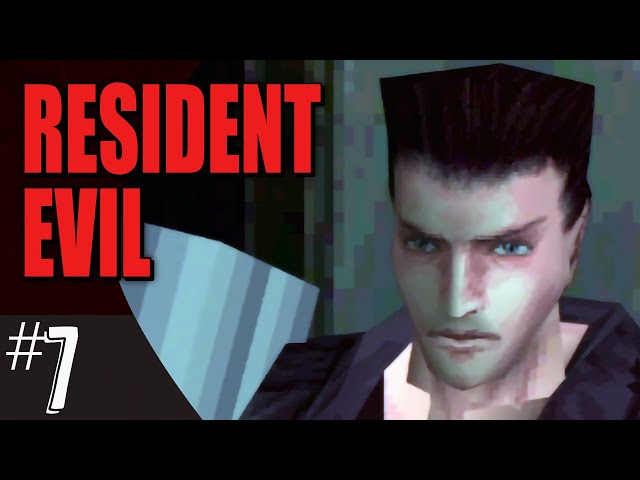 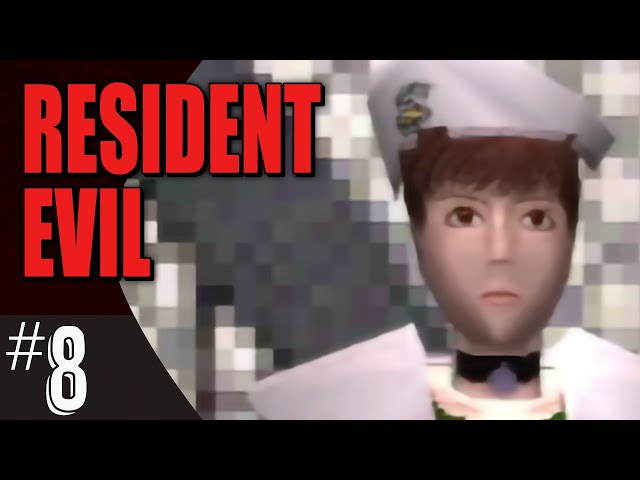 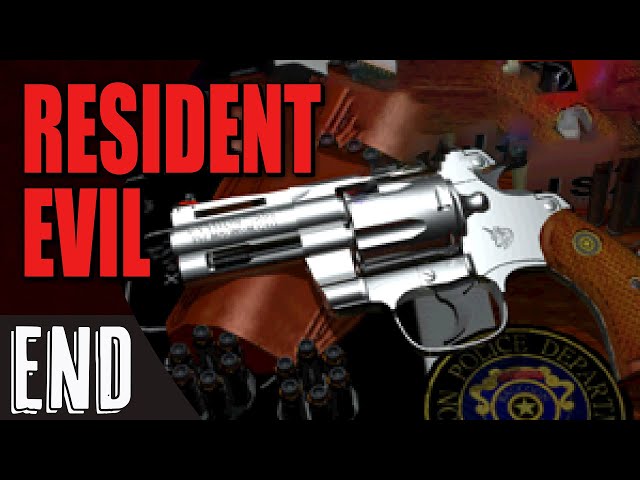 Summary: The S.T.A.R.S. team is assigned to investigate the series of bizarre murders on the outskirts of Raccoon City. Things take an even stranger turn once they find an abandoned mansion.

I never played the original Resident Evil (also known as Biohazard in Japan). I did play the remake, but didn’t know much of anything about the original except the bad voice acting. Regardless, I decided to play this one first, mostly because the others I played, Resident Evil Remake and Resident Evil 4, were going through a HD texture mod from other users and wanted to wait until that was complete before playing them.

There are multiple versions of this game.

Since I wanted to play the best version with the most features, the Dual Shock one was obviously it…but the soundtrack was not what I wanted, nor did it include uncensored footage. Well, two mods were released that improve the gaming experience, so I opted for that. Both of these mods are based off the Director’s Cut Dual Shock Ver.

This game was played using the PlayStation emulator, DuckStation. I increased the resolution with PGXP on. Since the game uses static images as the background, widescreen is useless.

In July 1998 the members of the Special Tactics and Rescue Squad (S.T.A.R.S.) were sent out to Raccoon City to investigate the series of bizarre murders that involve dog-like monsters. Upon arriving in the vicinity, they encounter the wolf-like creatures and retreat into an abandoned mansion. This is when things start taking an even stranger turn.

With most of S.T.A.R.S. wiped out, only a few remain to investigate the mansion. The playable characters are Jill Valentine and Chris Redfield. Both have a slightly different story and progress through the mansion.

Jill Valentine: Only Barry Burton and Albert Wesker are with Jill and hear a gunshot from what they suspect is Chris Redfield somewhere in the mansion. They begin to investigate. Jill encounters a zombie that Barry kills. Upon returning to the main hall, Wesker is also gone. Both Jill and Barry decide to split up and look for the others.

Jill explores various rooms in the mansion, collecting keys and killing zombies. Then the discovery is made that a virus that turns people into zombies was created in a laboratory beneath the mansion. Jill finds her comrade, Richard, but he was badly injured by a snake, and poisoned. Despite Jill’s attempts to cure him, he still died. Jill then fights the snake, but he retreats. Jill also passes out due to being poisoned, but Barry comes to save her.

Afterwards, Jill unlocks the door outside that leads to the courtyard, and finally the guardhouse. She learns about a mysterious plant known as Plant 42 which was the subject of various experiments. This super powerful plant, infected with the T-virus (tyrant), attacks Jill. After she defeats the plant, it immediately regrows and laches onto her. Barry comes back in to save her with his flamethrower.

Jill heads back to the mansion to explore the rest of the rooms and find a note indicating that the members of S.T.A.R.S. where intentionally lead to the mansion so that actual combat data could be collected against the B.O.W. (bio-organic weapon) – a creature that has been enhanced with the T-virus. And finally to destroy the mansion and making it seem like an accident.

Jill and Barry find Enrico who mentions that there is a traitor within S.T.A.R.S. and everything was plotted from the beginning by Umbrella, a giant pharmaceutical company. Upon discovering the secret underground lab, Jill comes across some notes and slides that show Albert Wesker working for Umbrella.

When Jill encounters Wesker, Barry turns on Jill as well as he too was working with Wesker. However, depending on the ending you’re going for, this is where things change. Saving Barry involves interacting and waiting for Barry during previous parts of the game. If you do this, Barry will turn on Wesker and knock him out. Barry then goes into the lab with the tyrant with Jill, otherwise it’s Wesker that does.

The lab has a tyrant that gets released, and if Wesker is there, the tyrant kills him. Otherwise, it damages Barry. Upon defeating the tyrant, Jill and Barry escape. But, by collecting three MO Disks throughout the game, Jill can open a door that has another stars member, Chris Redfield, behind it.

Jill makes it to the heliport to signal for help from Brad. He makes it there, but the tyrant returns. Brad throws a rocket launcher down to destroy the tyrant. Upon doing so, Brad and the rest of the gang (if saved) get away from the mansion as it explodes.

Getting the best ending involves having Barry and Chris with you. Alternative endings include having one or the other, or none, with Jill at the end. The endings that have just Chris or just Jill do not result in the mansion blowing up, and have a short scene of the tyrant returning.

Chris Redfield: Chris’ story is very similar to Jill’s, but with a few key difference:

Albert Wesker and Jill Valentine are in the main hall with Chris, while Barry Burton is somewhere in the mansion. They hear gunshots and Chris decides to investigate, but only stumbles upon a zombie.

Chris later meets up with another member of S.T.A.R.S., Rebecca Chambers, the newcomer medic of the unit. To get the best ending, have Rebecca tag along with Chris. She doesn’t actually follow him, but will be there when needed. (Such as preparing the poison for Plant 42.) At one point in the mansion, when the Hunters come out, Rebecca will scream. Chris must run to her in time and defeat the Hunter or else Rebecca won’t be saved.

Chris’ interaction with Enrico is also much shorter, and doesn’t really reveal as much as what Enrico and Jill discussed. Chris is mostly alone during his story, which makes it harder and scarier.

Instead of Chris being trapped in the lab, it’s Jill, and the MO Disks are located in the same spots as they were for Jill.

When meeting Wesker outside the lab with the tyrant, Wesker shoots Rebecca (but she is wearing a bulletproof jacket and survives) and invites Chris to see the tyrant. Chris just laughs at the tyrant. The tyrant breaks through the glass and kills Wesker.

Getting the best ending involves having Rebecca and Jill with you. Alternative endings include having one or the other, or none, with Chris at the end. The endings that have just Chris or just Jill do not result in the mansion blowing up, and have a short scene of the tyrant returning.

This is a classic survival horror game where the inventory is small, the items are scarce, and the zombies are plentiful. It’s best to avoid the enemies, or take them out with a knife if possible as opposed to using up ammo. But, using the knife is difficult. Items are also hidden well and hard to find. They are often difficult to see. I had to play on beginner mode since I failed at the original difficulty, but I replayed after the first part and got good and went back to original.

The game features many puzzles that you must use items you’ve collected to solve and unlock various doors. Since inventory is limited, with eight slots available for Jill, and six for Chris, there are various item boxes you can store items instead of keeping it on you. Additionally, to save the game, ink ribbons must be used on typewriters, which are also limited and an inventory item. It’s important to save since when you die, you have to start over from a saved game, and if you haven’t saved in awhile, you’ll have to redo much of the progress you’ve already done.

There are various enemies such as zombies, dogs, spiders, and one of the worse enemies, the Hunters. There are some bosses as well, including a snake that is one of the most annoying since it takes so many hits to defeat, and you have to defeat it twice. The snake is the only real hard “boss” in the game since the others are relatively tame.

Arrange (or deranged in the ultimate director’s cut) mode completely changes up the game. Items are in new locations, zombie placement is different, camera angles are altered. This gives the game a new experience.

The ultimate director’s cut also has a second disc that contains the Sega Saturn’s exclusive battle mode and a new maze mode. In battle mode, you have access to a chest with all weapons. See how long you can survive (or if you can make it to the end). Maze mode is also really cool. The mansion is a maze and going through the wrong door will lead you back to the start. It sometimes changes where the doors lead to, which is annoying. But, the mode is interesting. You have to collect crests and keys and find your way to the end and defeat the Tyrant, with just a knife (or my case – an unlimited rocket launcher).

The FMVs in the game use real actors, and they are quite hilarious. Not good production value at all, but what would you expect for the first PlayStation Resident Evil game.

The graphics during gameplay are different as they use an image as the background where the characters, enemies, and items are overlaid on top of. Playing on the original PS1 would blend them all together, but playing on an emulator where the 3D models are in HD, the difference is obvious.

The voice acting is comical. It’s so bad and the awkward way the characters talk to one another is hilarious. However, the music is good. Some of the tracks bring about a dark atmosphere and tension, which is perfect for a survival horror game. I cannot speak for the dual shock version’s new soundtrack, as that one seems to be more orchestra pieces and arranged differently. I wanted to keep it like the original so I used the original soundtrack.