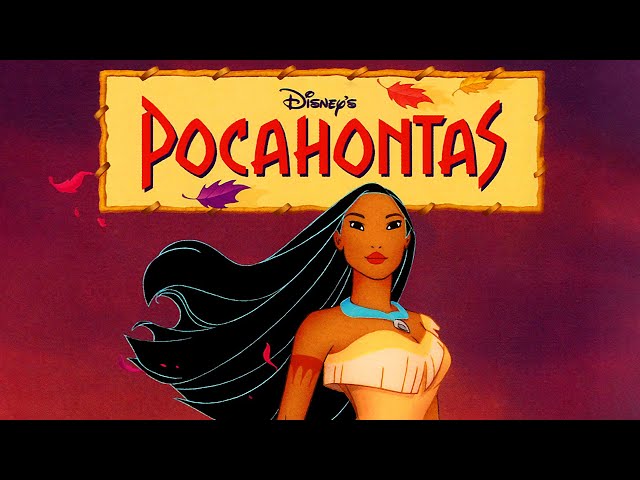 Summary: A war is about to begin, and with the help of her animal friends, Pocahontas must stop it and save her love, John Smith.

This was a game I had during childhood that was too difficult for me to complete, plus I never really liked it. I don’t remember how far I made it, but it wasn’t far and I would give up since I would be stuck. Time to finish the task and complete the game.

I don’t recall the Disney movie being one I really liked when I was younger. I’m sure I watched it a handful of times, but don’t really remember it.

The story of the game follows that of the movie, which is somewhat based off the real Pocahontas. She is a Native American woman who cares deeply about animals and can communicate with them. She falls in love with an explorer from England named John Smith. A war is brewing with the natives and settlers and John Smith gets in the way, and it’s up to Pocahontas to save him and stop the war.

At the end, she runs to John Smith right before he’s about to be killed and stops the war.

In order to get the best ending, which includes a short scene of Pocahontas kissing John Smith, is by getting all the animal powers and necklaces.

Control Pocahontas and her raccoon Meeko in the woods, solving puzzles, climbing cliffs, and helping animals to gain their powers. There are a total of nine animals.

Each animal’s ability will help Pocahontas advance. But some of them don’t really have much use or a one-time use. Meeko can also be controlled to help Pocahontas on her quest.

The controls at times can be pretty bad. Jumping is terrible and getting to the edge of a cliff or on top of a wooden board has to be precise. Another thing that makes it difficult is the checkpoint system. They are leaves on the ground and are spaced apart, so if you die, you have to redo segments.

There are a total of 60 berries to collect as Meeko, in addition to five necklaces.

The game is relatively dark, without much bright colors, which is often what you find with other Genesis games. This is one thing I do not like about the game.

The music is based off the movie, and includes versions of “Colors of the Wind,” and “Just Around the Riverbend.” The music is ok, but I was never the biggest fan of it.