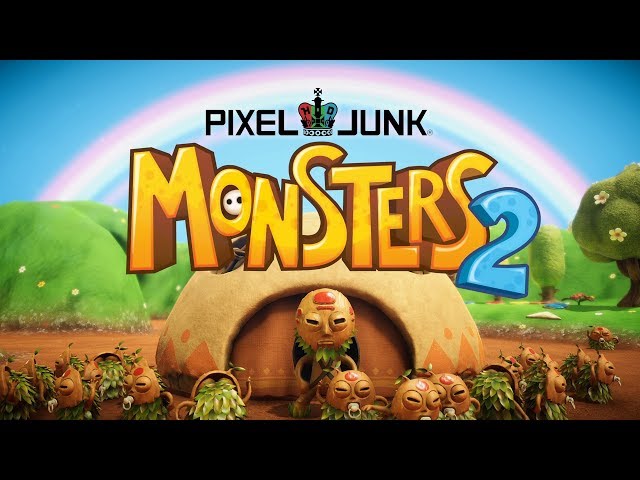 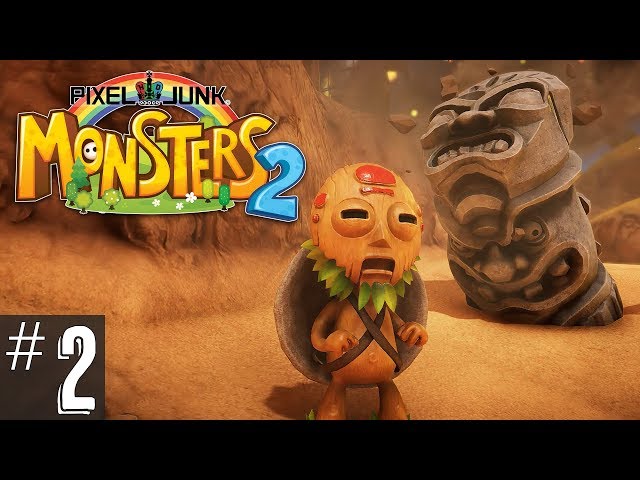 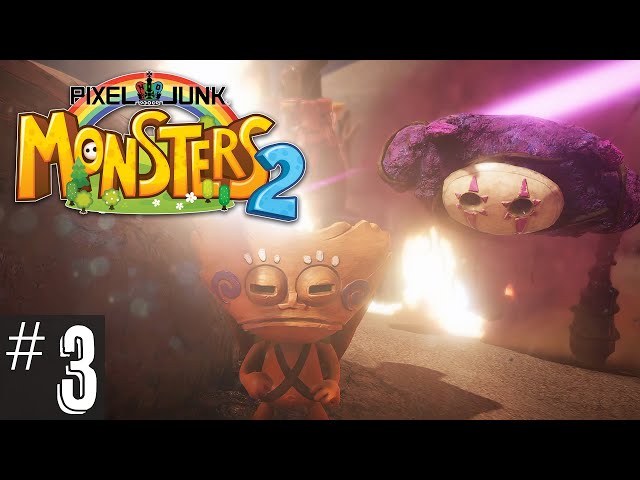 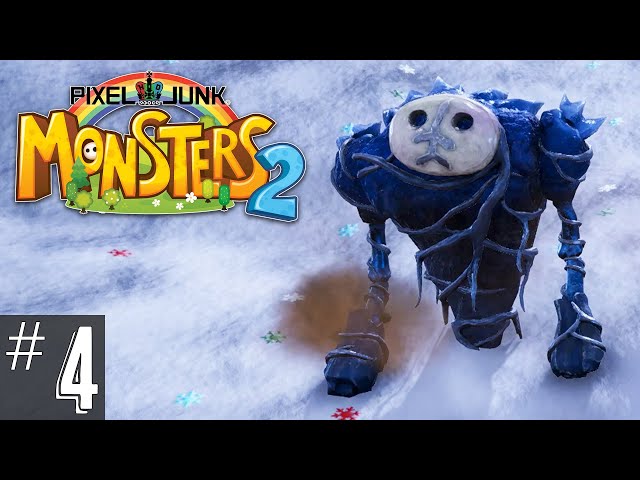 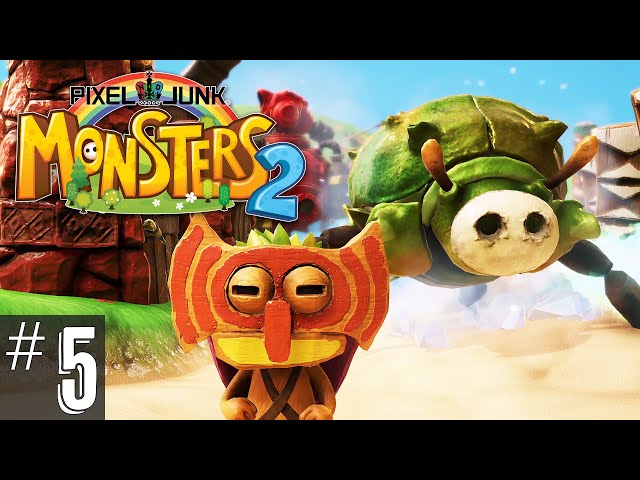 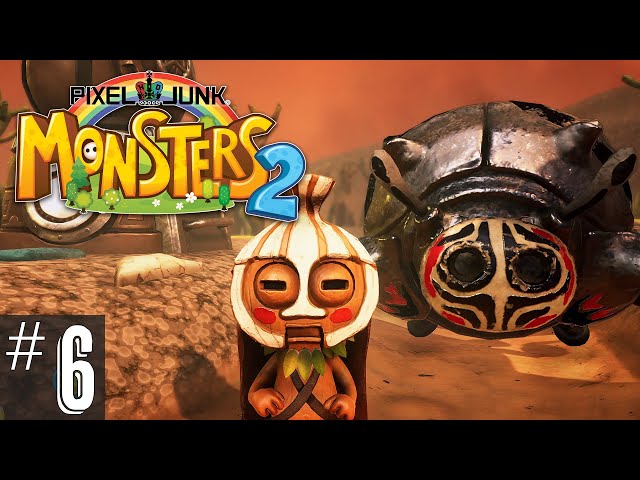 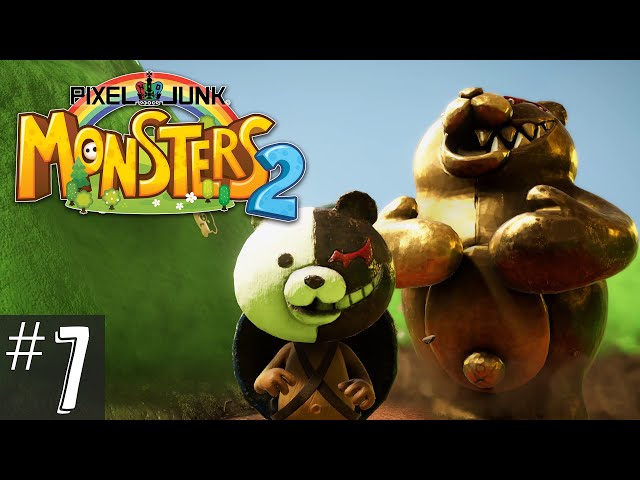 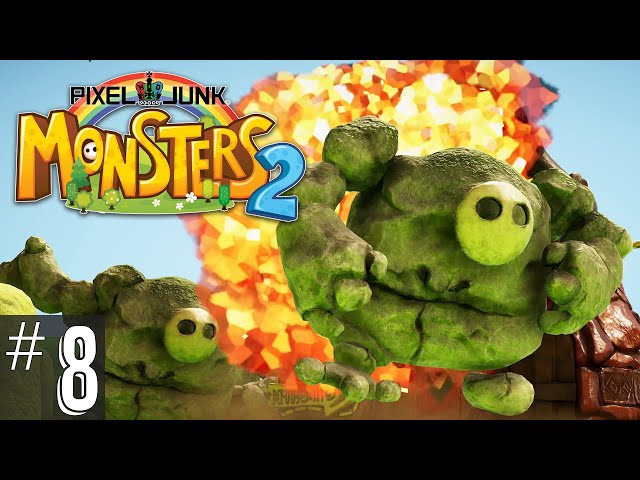 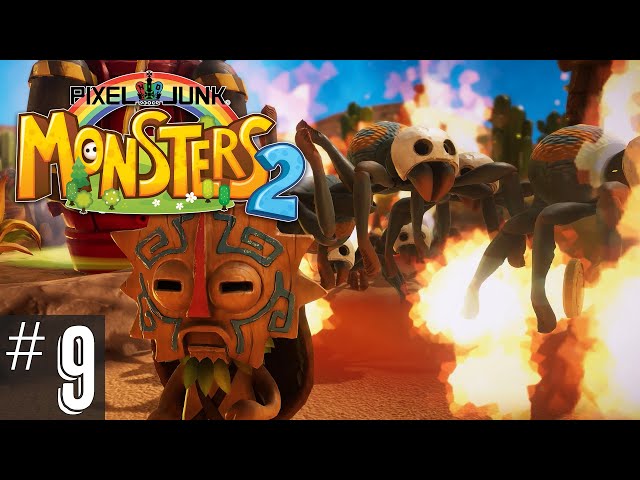 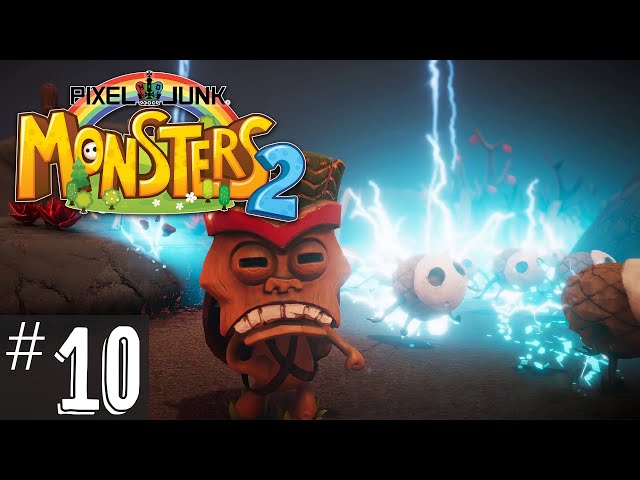 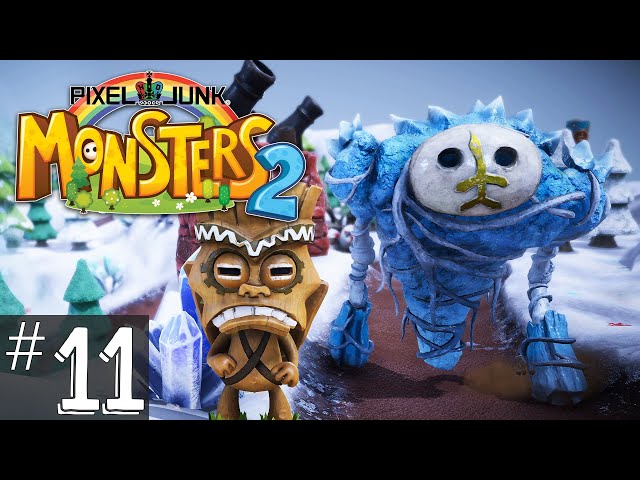 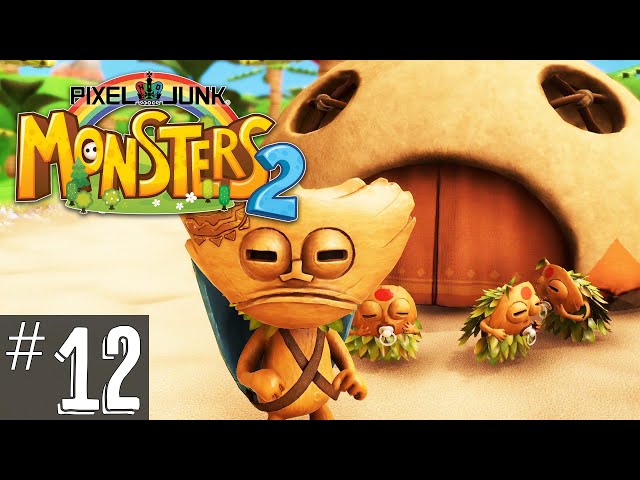 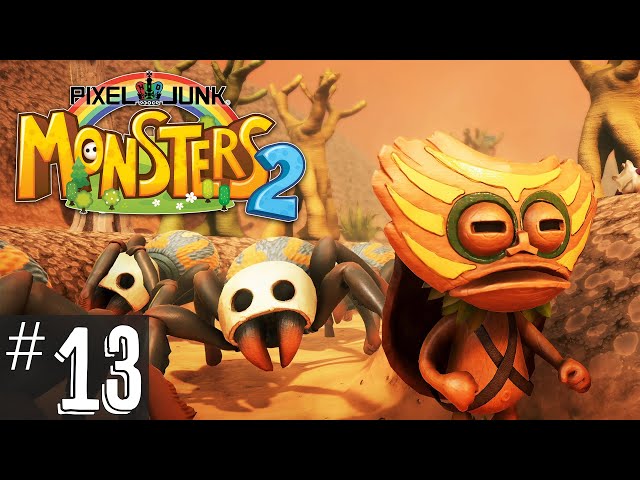 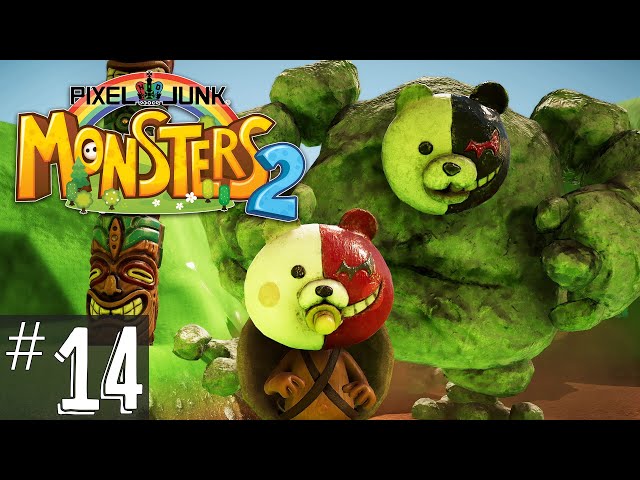 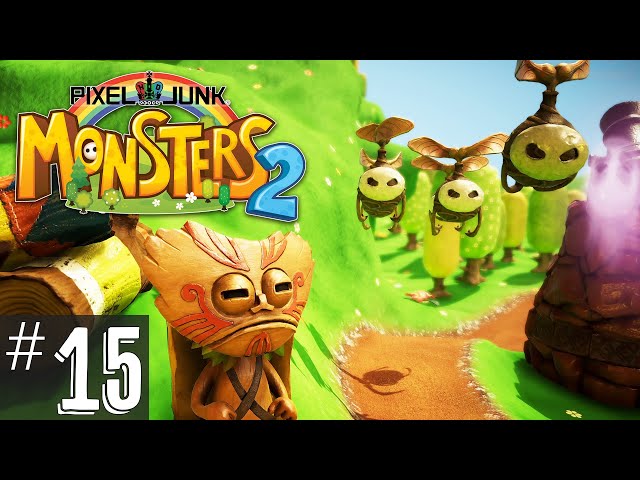 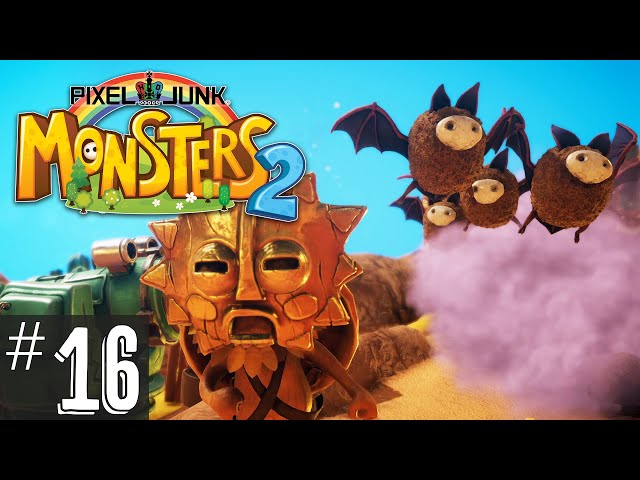 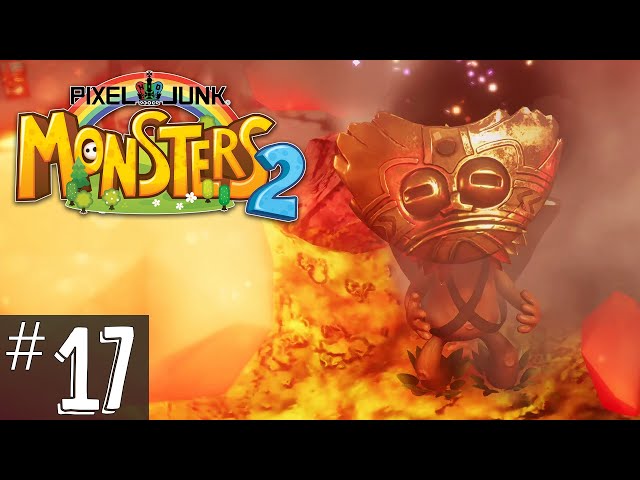 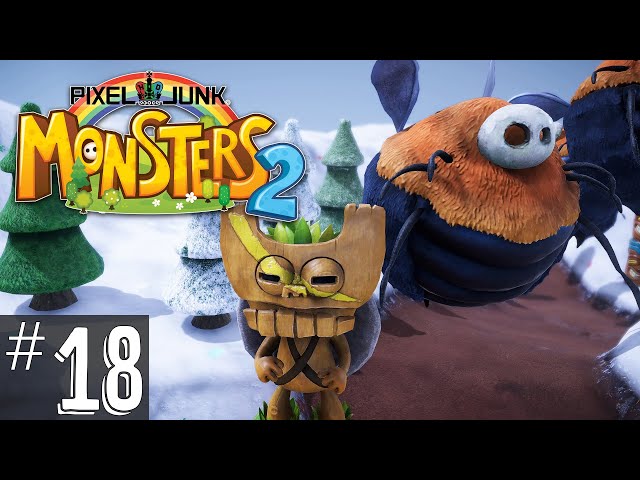 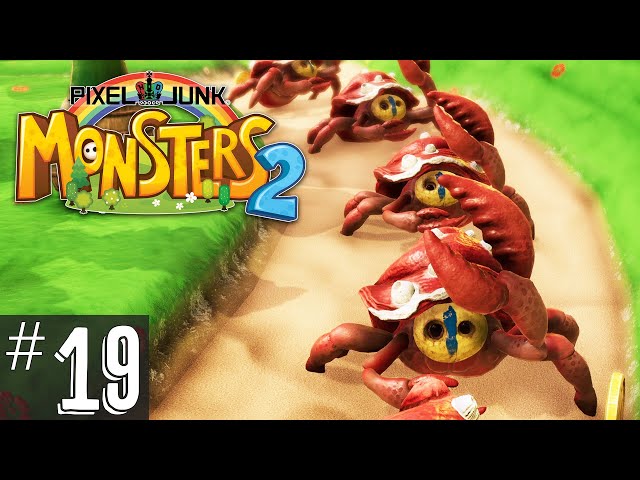 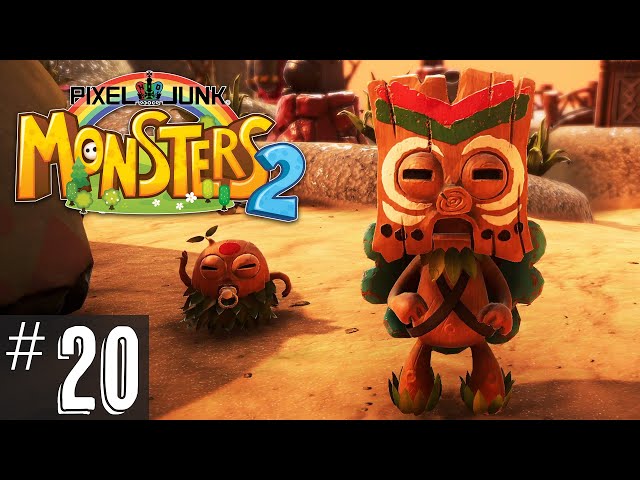 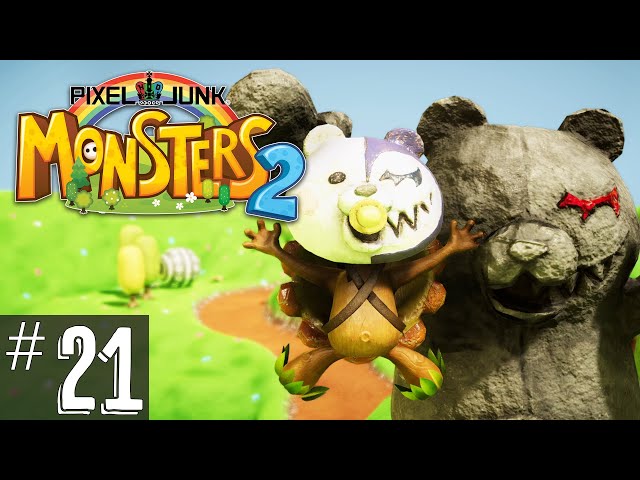 Since I’m a fan of the original PixelJunk Monsters, I was a bit hesitant to play the sequel since it was so different. However, viewing it as its own game and not so much a sequel gave the game new light. It’s actually a really good game.

The game is much cuter than the first game when it comes to the appearance and sounds, giving it a different style that I enjoy for what it is. The graphics are really impressive, and the gameplay mechanics are solid.

The game is far shorter than the first installment. However, each level now has three difficulty modes to choose from, Fun, Tricky, and Mayhem.

Some other differences besides the obvious graphical, map, and sound changes are the tower level changes. There are still five levels, but are now shown as level numbers instead of flag color. Additionally, upgrading a tower with gems does not show you what gets upgraded, though it appears to be identical to the first game’s tower upgrades.

Just like the original PixelJunk Monsters, there doesn’t appear to be a storyline. You fight monsters to protect your flock of baby Tikimen, known as chibis. It is revealed that Tikiman is the older brother of the chibi babies.

Control Tikiman and build towers to destroy enemies. There are multiple waves of enemies that require different tactics and towers to defeat them. There are land and flying enemies, and various towers that can damage these types of enemies. Building towers can be done with available coins and gems.

Also unlike the first game, building a tower will take up multiple tree spots instead of just one. Upgrading towers can be done via gems that are dropped from enemies. But, you can also dance in the tower to level it up. Tikiman can also do a shell attack if you upgrade your shell. While it doesn’t do much damage, it can help finish off an enemy that is near death.

Before the game starts, you are shown the path the enemies take to get to your flock. Unlike the first game, you cannot see the entire map on screen unless you press a specific button (which you cannot move when viewing the entire map). This can make it harder to find rogue enemies that escaped your defenses, especially when they suddenly take a different path. You can also enter into first person view and see the beautiful world around you, looking for coins and gems that are hidden within trees and in your towers from fallen enemies — which happens often since enemies explode with coins and gems, flying away from them and even into the water.

At the end of each stage is a boss, which spits out enemies as it is damaged. Bosses have much more health and can take a while to defeat, and can spit out a variety of enemies, so be sure to keep your towers!

The same bosses return from the first game, such as the Idol, Tangler, and Lofty (the flying boss), but a few other variations of these appear, but are mostly the same. What is nice is that both ground and air towers can hit some of these bosses, such as Tangler.

Many towers return from the first game, but a new one appears, the missile tower, which is part of the Encore DLC that can attack any enemy with a missile at long distances, but not up close. The gem tower has been renamed the mana tower and is available in the Danganronpa DLC. The other difference is that the ice tower no longer can upgrade itself and can even slow down Tikiman.

There are various masks and shells in the game to alter your appearance, but it seems to be mostly cosmetic. There is lore when you read the description of these masks and shells. Weekly stages are available once you complete a few levels, allowing you to play different variety of stages. The weekly stages is a feature that was introduced in an update, and with this update came an additional 24 masks and shells.

Unlike the cartoon graphics of the original, this game has full 3D models of the characters, enemies, and environments. The graphics look amazing! Characters and enemies look really well modeled and almost look like clay, giving it a really nice appearance.

The music is nice and relaxing, and sound effects are fitting for the cute style of the game. The music is not composed by the producers of the original game, but the music is still pretty good. The overall volume in the game is quite low and needs to be turned up quite a bit.

While all tracks from the main game are included on the soundtrack, the tracks in the DLC are not. The Danganronpa DLC has original music from that game, so it’s understandable why it’s missing, but the Encore DLC has missing tracks. 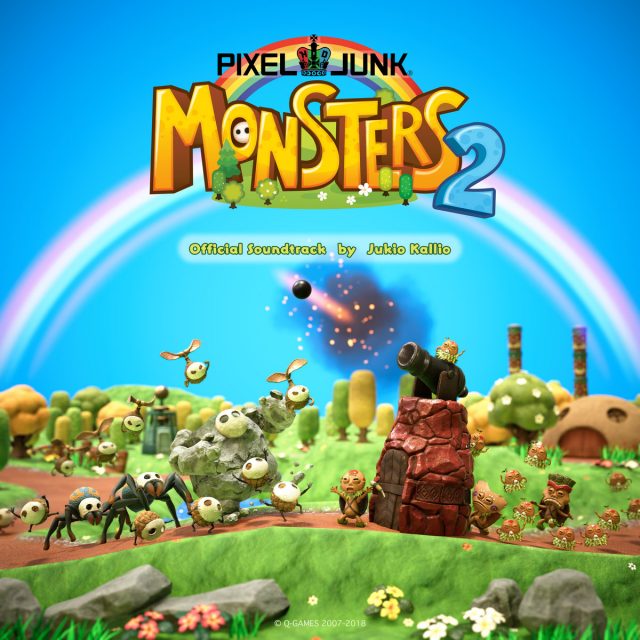