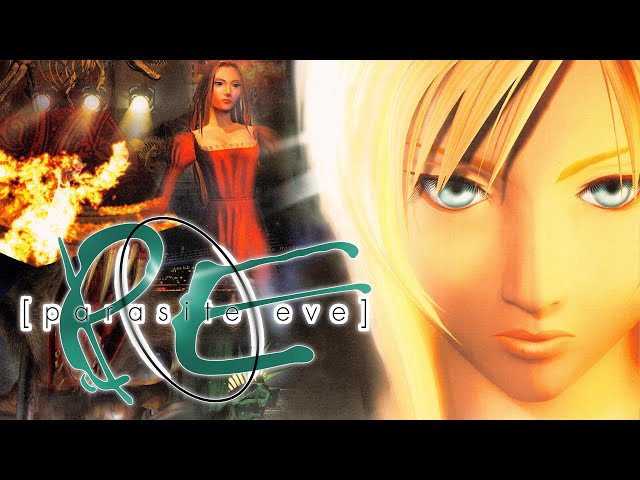 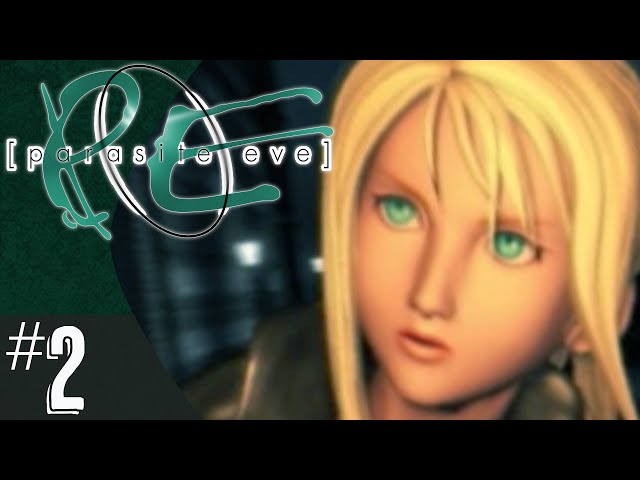 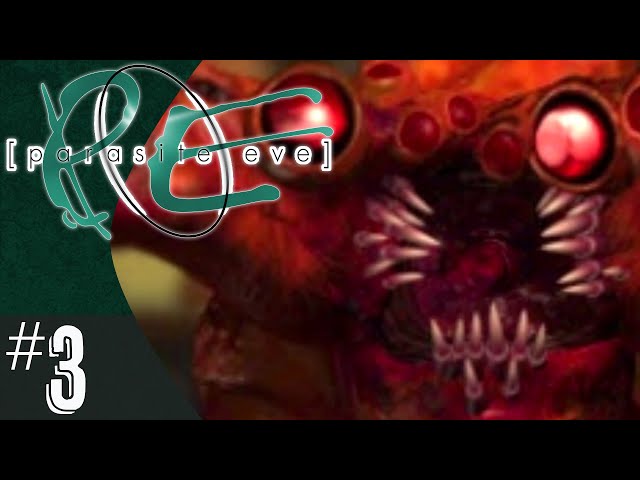 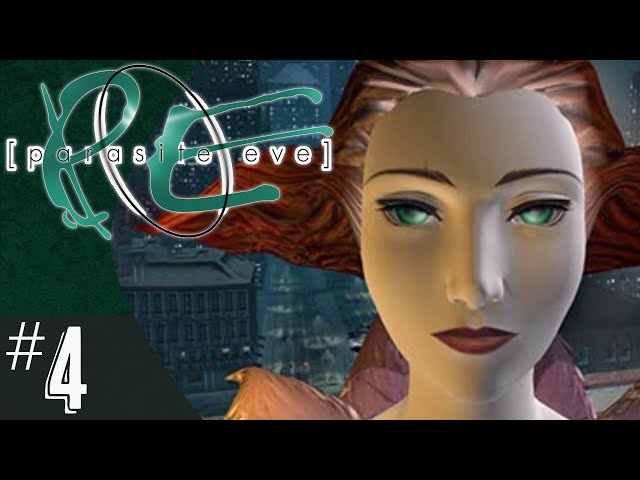 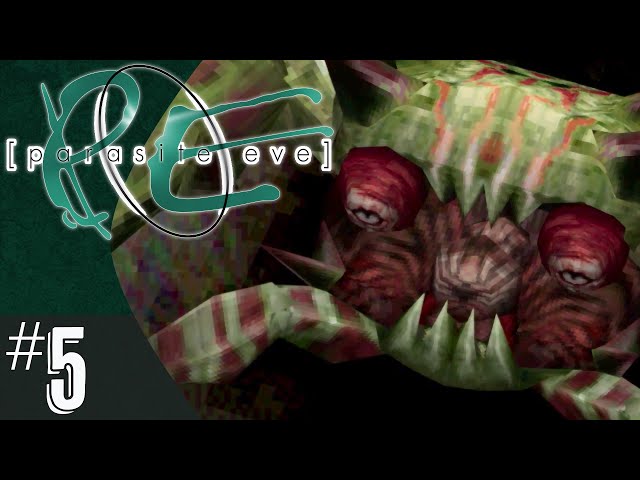 Summary: The first female human, Eve, has contaminated the mitochondria of all living life forms. Yet Aya, a cop at the NYPD, seems to be unaffected. Aya must put a stop to Eve's destruction before it's too late.

I heard about this game long ago, but never played it. The game interested me, but even when I started to watch someone play it, I didn’t resonate with it at the time and stopped watching. However, I was intrigued by the story, so I wanted to give it a go. I found it to be similar to a Resident Evil game, but much simpler and easier. It’s not nearly as hard, and the RPG elements really set it apart from Resident Evil.

This game has interested me for quite a while, despite never playing it. Many years ago I tried watching a playthrough by HCBailly. However, I just couldn’t get into it. Later, I started watching it again and was more interested and felt I wanted to play it.

This game was played using the PlayStation emulator, DuckStation. I increased the resolution with PGXP on. Widescreen doesn’t work for the game.

The story is based on the novel of the same name as well as the Japanese movie. The story has similarities, but is also a bit different as well.

Aya Brea is a rookie cop with the NYPD who went on a date to an opera at Carnegie Hall on Christmas Eve, 1997. During the play, the lead character, Melissa Pearce, started causing everyone around her and the people in the audience to be spontaneously combusted. However, Aya was completely unharmed. Aya approached Melissa who insisted her name was Eve and that she controls the mitochondria within all living life forms. All DNA can be traced back to Eve in ancient times, from a single female in Africa known as “Mitochondria Eve.” She was waiting for the day to take over the human race, and now is that time.

Aya is completely clueless about all of this as Eve says that Aya will awaken soon. Aya keeps having visions of a little girl being experimented on at a hospital, but who could it be?

On the second day, Aya and Daniel visit a museum to find a scientist who has been researching mitochondria for quite a while, Dr. Hans Klamp. He revealed that mitochondria is the powerhouse of the cell, and if they all become active at once, a massive amount of energy is released, explaining the spontaneous combustion. He also said that the root of all humans can be traced back to “Mitochondria Eve.”

Later that night, a concert is being held at Central Park, and Eve makes an appearance, melting all the attendees into slime. Aya is too late, but has another encounter with Eve, this time she touches her, and it feels familiar somehow, like she could be the same as her. She thinks she felt Maya, her sister, but both Maya and her mother died in a car crash. She passes out and is later found by a Japanese scientist, Kunihiko Maeda, who was paying a visit to the NYPD to talk with them about his findings regarding the case.

Maeda reveals that this all started when a scientist’s wife died and he tried to culture her liver cells to keep her alive, naming the cells “Eve.” The cells mutated and took over her body. Eve tried to get the scientist’s sperm to give brith to the ultimate being, but the physical body died. However, the woman was an organ donor, and had her kidneys transplanted into a young girl, and implanted a fertilized egg in the young girl who gave birth to the ultimate being.

During the third day, Aya, Daniel, and Maeda head to Dr. Klamp’s lab to test the cells Eve shed on Aya’s clothing. When he looked under the microscope and discovered the Eve mitochondria can take over the nucleus of a cell, trying to destroy all mitochondria except her own. When testing Aya’s cells, he discovers that her cells defend against Eve’s mitochondria. Daniel’s wife, Lorraine, and son, Ben, were found on a HLA list on Klamp’s computer, detailing if organs would be rejected if transplanted.

Upon going back to the NYPD, Eve has been there, destroying it and killing the officers. A dog, Sheeva, transforms into a Cerberus and tries to kill Ben and Baker, the chief of the NYPD. Aya puts a stop to it.

On day four, Maeda reveals that Eve may be trying to do what the initial Eve did in Japan, get sperm to give birth to the ultimate being. Aya heads to Sr. Francis Hospital and has flashbacks of experiments that were done on her and her hister, Maya. but she is too late. Eve already got to the sperm. Aya also discovers the HLA organ donor records here too, which her mother’s name, Mariko Brea, on the list. Additionally, Melissa Pearce is listed as having an operation. Both Melissa and Maya were brought into the hospital on the same day and operated on at the same time, implying that Melissa had an organ donated from Maya. She even was meeting with Dr. Klamp in the museum. Klamp was fired from the hospital for selling off patient records.

On day five, Aya enters the sewers and discovers the slime that the people turned into from Central Park contaminating the water supply. It heads towards the museum. Maeda discovers that Dr. Klamp was conducting research to create artificial sperm without the male mitochondria to allow Eve to give birth to the ultimate being without interference of other DNA. Aya approaches Eve but is unsuccessful at taking her out. Eve heads for the Statue of Liberty. The military asks Aya to attack Eve from a chopper since she is the only one that can get close to Eve without combusting. Aya is successful and manages to kill Eve. This was emotional for her since she felt a connection to Eve, like it was her sister. This is largely because the body that Eve inhabits, Melissa, received a kidney transplant from Aya’s sister, Maya, at the hands of Dr. Klamp. Due to the immunosuppressants she was taking, it allowed Eve’s mitochondria to flourish and take over the host.

On day six, the final day, within the slime left behind at the wrecked Statue of Liberty lies the ultimate being. A baby emerges from it, destroying the Navy ships in the area. Aya is on one of them as everyone evacuates and has to face off against the ultimate being, which has the ability to rapidly evolve. It evolves to a point where her bullets do no damage. Daniel drops down with bullets from Maeda that are infused with Aya’s cells. As he combusts, he throws the clip of ammo, and falls into the ocean. The bullets killed the ultimate being for the time being, but she had to find a way to destroy the ship. She set the ship’s boiler pressure high to have it explode with the being on board. It was a success. Maeda also reveals to Aya that much like Melissa, Aya also got a transplant from her sister, Maya. It was the cornea of the eye, but the mitochondria of both Eve and Aya took on different forms. Aya used her power to destroy Eve’s.

To celebrate the death of Eve and the ultimate being, Aya, Daniel, his son Ben, and Maeda all head for Carnegie Hall to watch the same opera that started it all. Aya’s mitochondria powers resonate with the audience as their eyes glow.

A horror game with a unique RPG element. It’s like Resident Evil, but with RPG combat. I think that really sets it apart from other games since it’s a unique style. Even the RPG elements are different from what you’d expect. For one, Aya has a gun. She moves on the battlefield and must wait until her Active Time (AT) meter charges before she can attack. Once it has, she can attack the enemy, however is frozen in place while attacking. It’s crucial to plan the attack and be within range to do the attack, but not to be hit by the enemy.

After defeating the enemies, Aya will gain experience and items. You can take all items or be selective, but if you don’t have enough inventory space, you won’t be able to take them. Experience will grant Aya levels up, which increase all her stats, including item capacity, but also bonus points. After accumulating at least 100 bonus points, you can put one point into various status, such as AT, item capacity, or weapon or armor stats (such as attack power, attack range, bullet capacity; defense,  parasite energy defense, and critical evasion). Weapon and armor stats can be carried over to a “EX Game,” which is essentially “New Game+,” only if the item is engrave by Wayne at the end of the game. If it is, then all stats, including abilities, will carry over.

Each weapon has a different range and if you’re within the cone range, you will hit the enemy. The starting weapon can attack twice, two bullets. You can spread these across multiple enemies. So you could use one bullet for an enemy that is about to die, and another for a different enemy. If you attack an enemy that’s about to die with two bullets, and the first bullet kills it, you will not automatically target the second enemy. Reloading is also done during combat and will prevent you from moving. Manual reloading can be done via the item screen and is done instantaneously. She can also equip a melee club weapon, but the guns are definitely better. The club is the default weapon, however, in case she runs out of bullets, which is unlikely since there are so many in the game.

Weapons and armor have different abilities. There are a lot of them in the game, but some of the good weapon ones are:

Tools and super tools can be used to transfer stats from one weapon or armor to another, including abilities. Using a tool will destroy the original weapon or armor, but can transfer either all the “plus” stats on the weapon/armor, or an ability. Super tools will not destroy the original weapon. Abilities can be transferred over to replace an existing one, or add to the list, if an available slot is open. Mod permits (and trading cards) are useful for increasing the amount of slots for abilities.

Not only can Aya use physical attacks, but there is also magic in the game, known as Parasite Energy, or PE. These are usually defensive skills, such as heal and barrier.

The game uses pre-rendered 2D backgrounds with sprites overlaid on them. This makes characters, enemies, and items stand out when playing in a higher resolution on an emulator. However, the item boxes are still quite difficult to see. Most of the time you won’t even know its there since it blends in with the environment or is hidden behind the background. The CG cutscenes look good for the time the game was made, and the characters look decent too.

The music is pretty good in the game, mostly ambient tracks with some action ones during combat. Some of the tunes are catchy and surprisingly not repetitive like you would think, continuously getting into battles. There is absolutely no voice acting in the game and everything is done via text boxes.