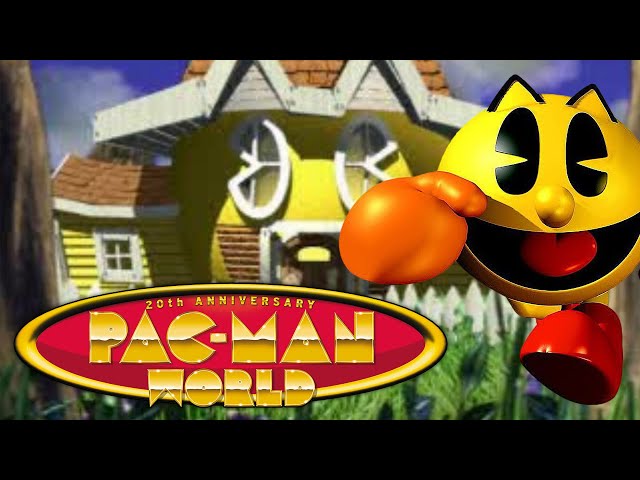 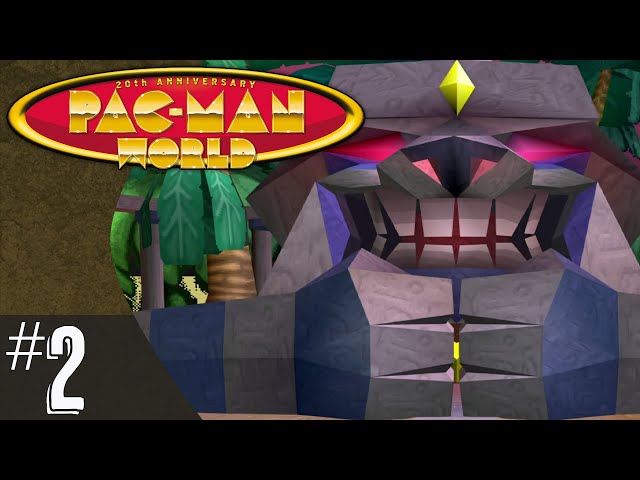 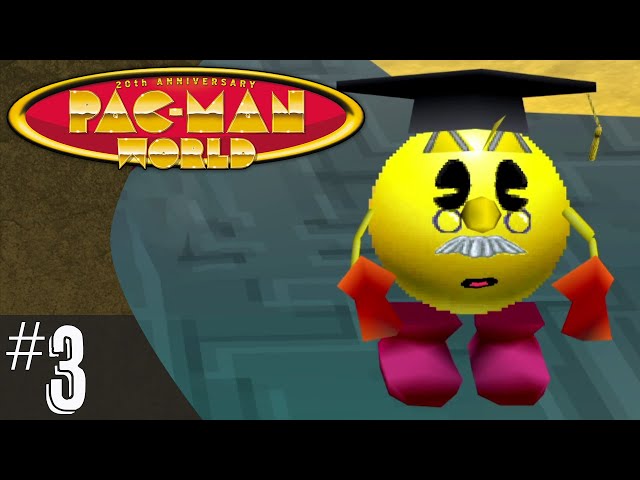 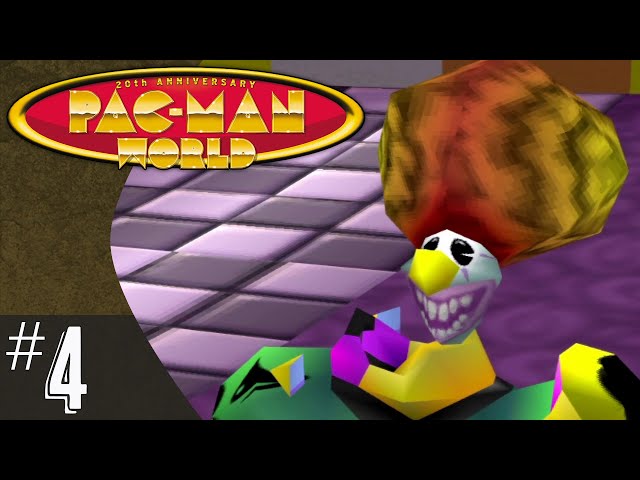 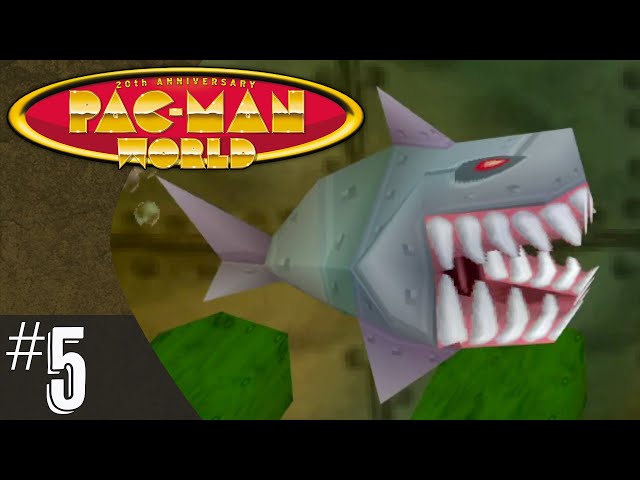 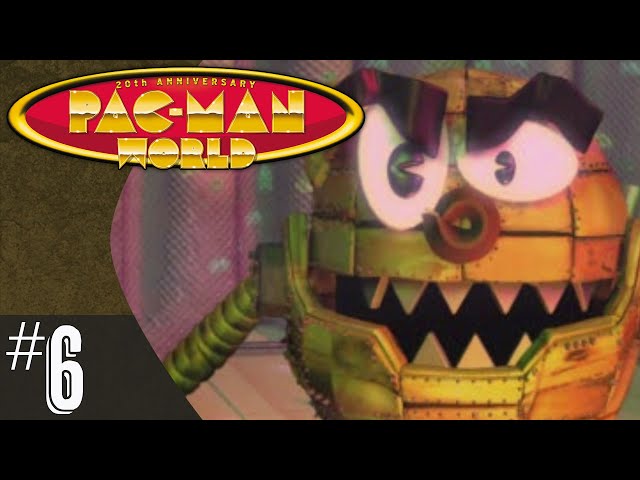 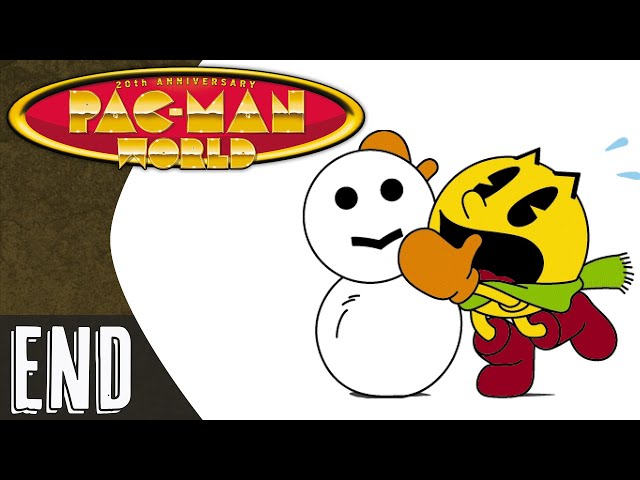 Summary: Help Pac-Man rescue his family and friends from Toc-Man and his henchmen on Ghost Island.

A. classic game I had back in the day that I could never complete because it was too difficult. It was also a pretty good game from what I remember, so much that I bought the sequel and a few other Pac-Man related games.

This game was played using the PlayStation emulator, DuckStation. I increased the resolution with widescreen and PGXP on. There is also native widescreen in the game, but it isn’t as good as the widescreen cheat code.

Pac-Man must now venture to Ghost Island to save his family and friends that were kidnapped. These include Pooka, Chomp-Chomp the dog, Professor Pac, Baby Pac, Pac-Junior, and Ms. Pac-Man. Venturing into each world he must find the key to set them free and defeat the boss.

Once he has rescued all his friends, he faces off against Toc-Man who is trying to assume Pac-Man’s identity. Upon defeating him, a ghost comes out from inside Toc-Man, named Orson, upset that Pac-Man ruins everything. Pac-Man grabs a power pellet and eats him.

This is a platform similar to a 3D Mario game. It controls pretty well and Pac-Man is responsive to jumps and movement. Pac-Man can butt bounce and rev up to go into a ball and barrel through enemies. There are fruits to collect that can open doors and reveal switches and secrets. And pac-dots that Pac-Man eats that can also be thrown at enemies. There is also a metal power-up (similar to Metal Mario in Super Mario 64), that makes Pac-Man sink in water and stronger against enemies.

Occasionally there are sections that contain ghosts and Pac-Man must find a switch that puts pac-dots and a power pellet on the field that allows him to eat the ghosts. Additionally, there is a Galaga token that can open the Galaga door to lead Pac-Man into the maze of the level. Be sure not to die on the maze because there are limited tries. During the stage there are also letters that spell out Pac-Man that will lead to a bonus stage after the level is over. These bonus stages contain tons of fruits and extra lives, but are strict on time. Also after the level, all pac-dots and fruits go into a machine and you can try your luck to get three of a kind to get extra lives.

Each world also has a key to free one of Pac-Man’s friend or family member. He must find it and it’s the only item that carries between levels.

After quest mode, there is also maze mode to play the mazes found during quest and three additional ones per world, and classic mode to play the classic version of the game. Getting 100% and unlocking the outtakes means to free all friends and get all PACMAN letters during quest, as well as completing all mazes.

Pac-Man and the environments look pretty good for being such an old game. The colors are vibrant and it’s easy to tell what everything is. The cutscenes in the game look really good.

Cool hWhip! That’s the sound of picking up fruits, lives, and keys. It’s a satisfying sound. It’s a joke from Family Guy where Stewie eats a pie with some Cool Whip on top, which he puts emphasis on the “h” and Brian has a hard time with the pronunciation.

Regarding the music, it’s decent music, but also sounds really muffled. It’s weird actually since the cutscene audio is pretty loud compared to the in-game music, which is lower volume and quality. But, on the maze levels, the music is louder and high quality. No idea why the in-game music is so bad sounding, but it’s not ideal. There is no soundtrack for the music, so there is no higher quality version available.