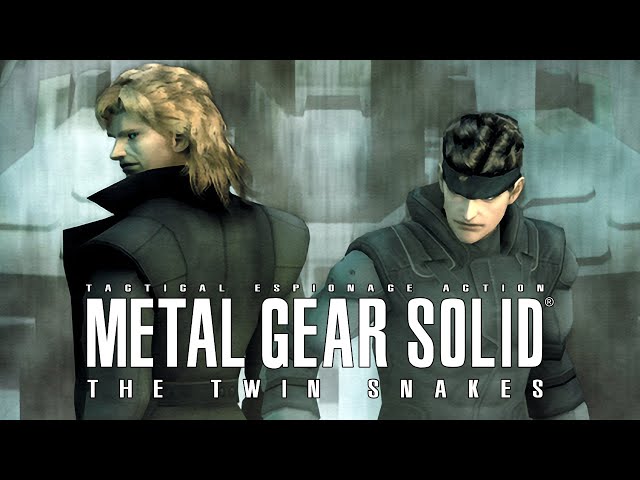 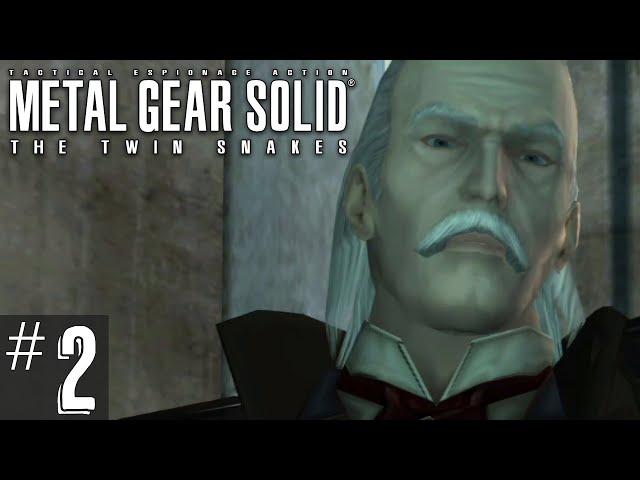 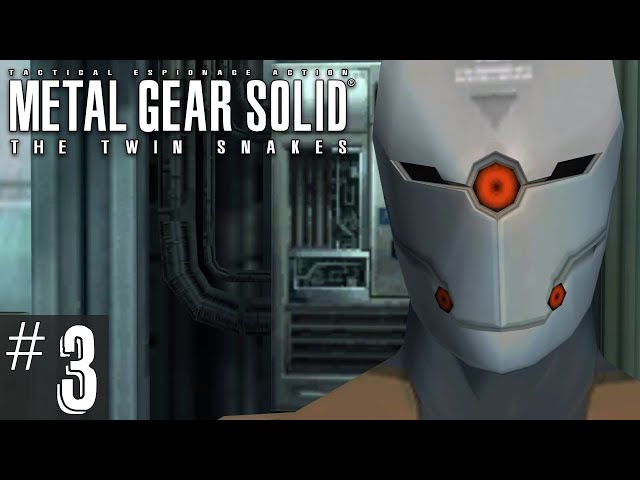 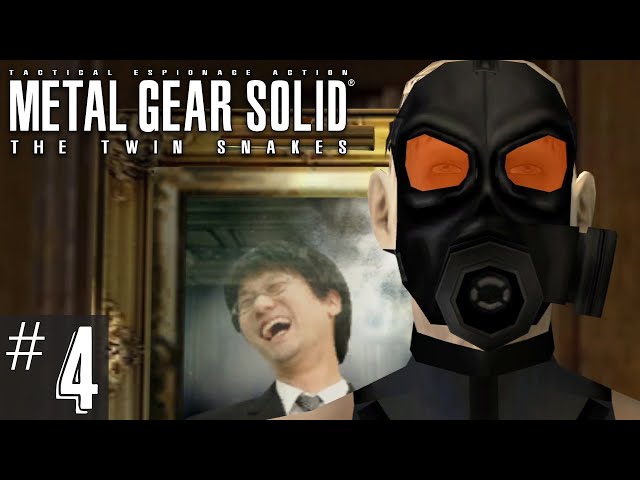 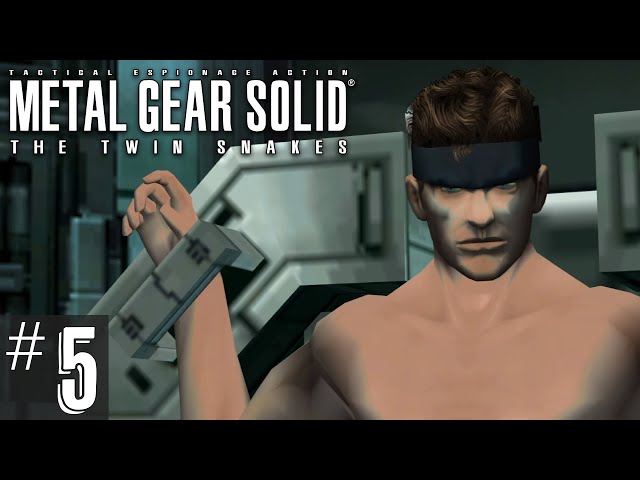 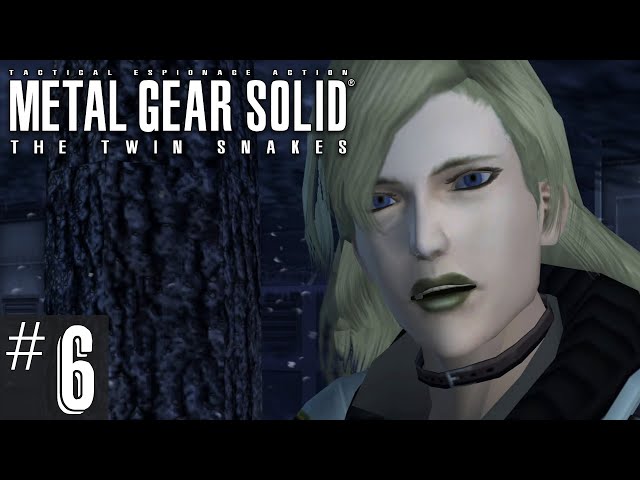 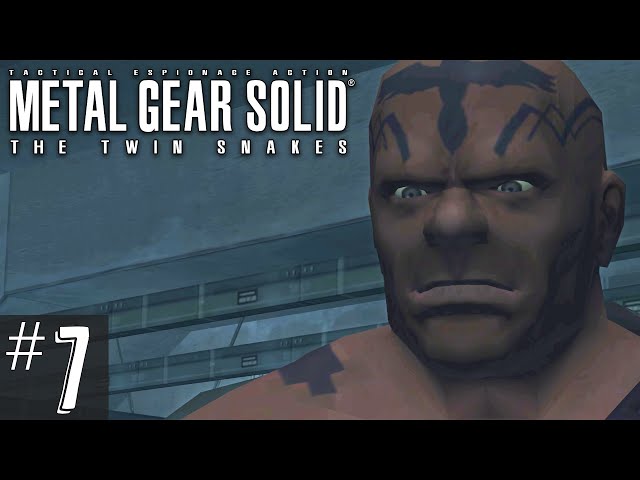 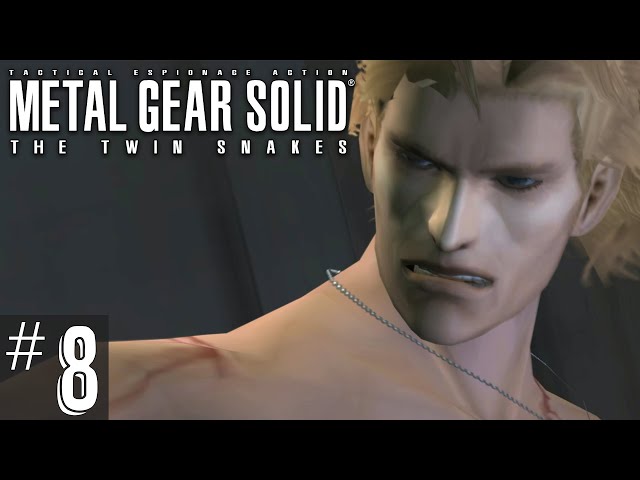 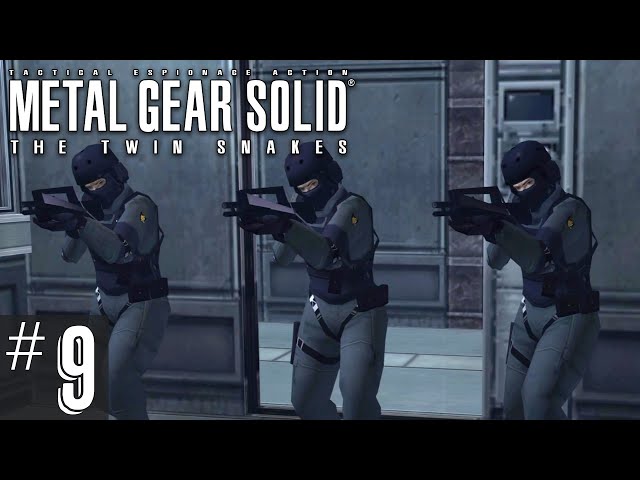 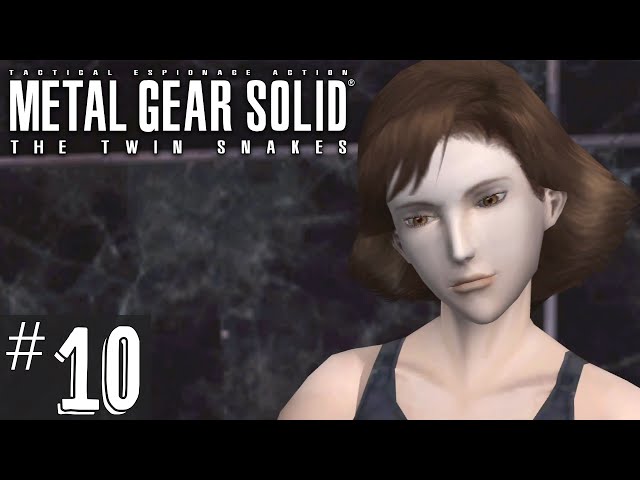 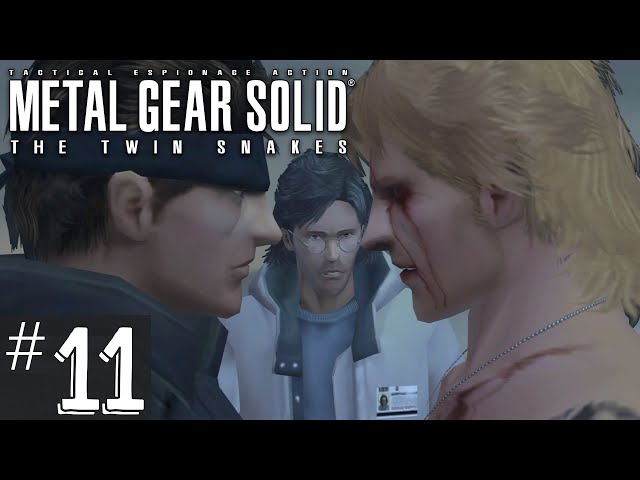 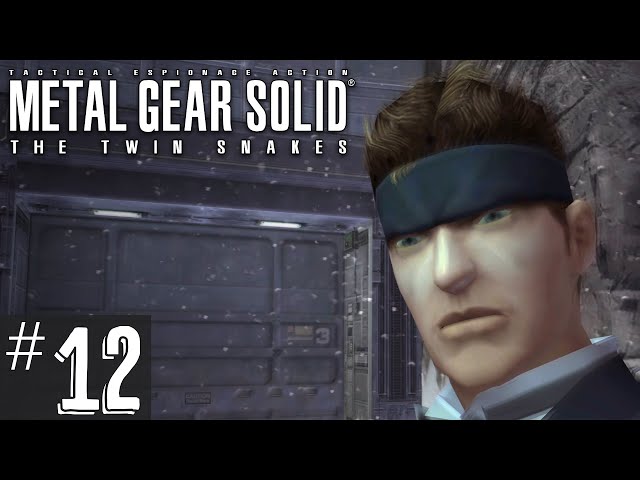 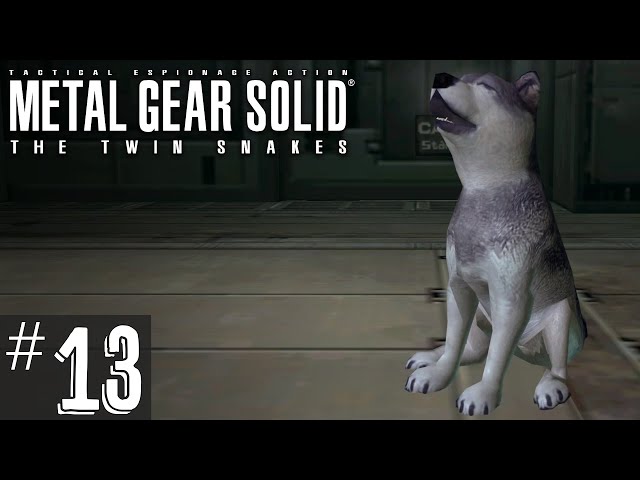 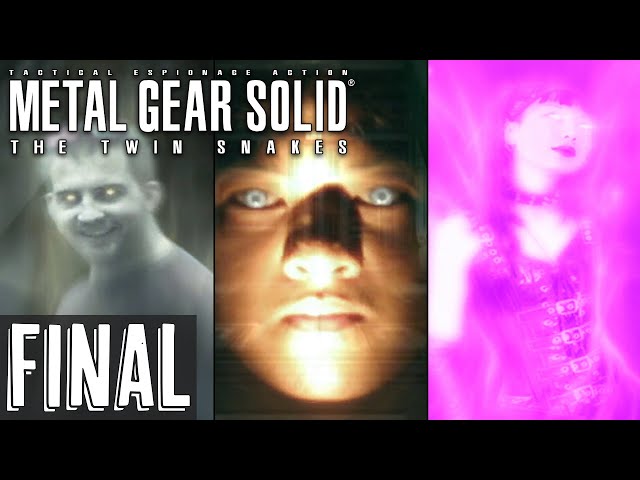 Summary: At the request of Colonel Roy Campbell, Solid Snake's mission is to infiltrate Shadow Moses Island to neutralize the nuclear weapons that FOXHOUND is threatening the US government with if their demands aren't met.

This was the first Metal Gear Solid game I played. I had a friend who loved the series, and I watched him play some of MGS2, and MGS3. Then one time when I was in a game store, I saw The Twin Snakes for GameCube for only $10-$15. So, I thought, “Why not?” (Now it sells for about $100.) Then when my friend played it, he was impressed since he only ever played the original PS1 version, which didn’t have first person mode or the nice graphics. I enjoyed the game and played through it multiple times.

There are some distinct differences between the GameCube and PS1 release. The GameCube release has better graphics, re-done cutscenes (some of which are a bit over the top – like the Matrix), re-done music (which many do not like, but I actually prefer it), re-recorded dialogue, as well as some gameplay mechanics such as first person and the tranquilizer gun, M9. With these differences, and the fact that I’ve never played the original, I enjoy The Twin Snakes and find it to be a solid game.

Note: This game was played using the GameCube/Wii emulator, Dolphin, so there may be some graphical or performance issues from time to time. There is an issue when entering codec calls that makes the background blue or green. This can be fixed by setting ‘Store XFB Copies’ to ‘Texture Only.’ I have it set within the game’s INI files: XFBToTextureEnable = False.

I also used a Widescreen Gecko code and the Metal Gear Solid – Twin Snakes HD Rextexture Project, but it was last updated in 2015 and doesn’t appear to be finished. It caused some graphical issues as well, and has been deactivated from part 3 onward.

The year is 2005, and the game takes place within a 24 hour time span following the events of Metal Gear 2: Solid Snake, a game for the MSX2. Colonel Roy Campbell has recruited Solid Snake to infiltrate a nuclear weapons disposal facility on Shadow Moses Island in Alaska’s Fox Archipelago.

A group of genetically-enhanced soldiers who are part of FOXHOUND is demanding the remains of Big Boss within 24 hours from the US government or thy will launch a nuclear weapon. They need his remains so they can analyze his DNA and see what made him such a great soldier, so they can use those genes to enhance their own soldiers.

Snake’s mission is to rescue the DARPA Chief (Donald Anderson) and president of ArmsTech, Kenneth Baker, as well as stop the nuclear strike. However, the Colonel has another mission for snake, to rescue his niece, Meryl.

However, upon finding the DARPA Chief, he suddenly dies due to what appears to be a heart attack. However, was it really the DARPA Chief? Snake’s next goal is to rescue Kenneth Baker, which was being held hostage by Revolver Ocelot. A mysterious Ninja comes out and stops Ocelot and destroys the trap. After a quick match with Snake, the Ninja vanishes. Baker tells all and then dies the same way the DARPA Chief did. Snake learns about a new type of Metal Gear named Rex that the terrorists are planning to use to launch a nuclear weapon.

Snake has to then find Dr. Hal Emmerich, aka Otacon, aka Otaku Convention who then helps him try to deactivate Metal Gear Rex. Snake also fights the Ninja. The Ninja knows snake very well, as it is Gray Fox from back when Snake was in Outer Heaver during the very first Metal Gear game.

Meeting up with Meryl, she appears to be under mind control from Psycho Mantis. Snake defeats him and releases Meryl from his mind control. Afterwards, Sniper Wolf shoots Meryl down. Snake goes to find a sniper rifle but upon returning, realizes that Meryl is no longer there. After defeating Sniper Wolf, he is captured by her and tortured by Ocelot. He escapes and heads for the communication tower to go down to the underground base to destroy Metal Gear since that is his last resort to stop the terrorists. Another encounter with Sniper Wolf shows just how much Otacon cares for her.

Snake then runs into the Vulcan Raven and defeats him. He tells Snake taht the DARPA Chief was actually another member of FOXHOUND, Decoy Octopus. After he returns to mother nature, tons more info comes out. Snake discovers that Dr. Naomi Hunter, who is working with the Colonel during this mission, was actually a spy and gave several people FoxDie, which attacks the cells in the body, killing the person. She wanted to seek revenge on Snake for killing her brother. Furthermore, Liquid turned out to the Master whom Snake has been communicating with during this mission.

Snake tries to deactivate Metal Gear with the PAL cards, but actually ends up activating it. He then must take down Metal Gear and Liquid if he wants to put a stop to this. During his fight, his old friend Gray Fox, comes to help, which ends up dying in the process. Snake takes his revenge on Liquid and destroys Metal Gear, fights liquid multiple times, but he continues to survive. When they escape the base, Liquid continues to put up a fight before finally dying due to FoxDie.

There are two endings, the Meryl and Otacon ending. Giving into Ocelot’s torture will result in the Otacon ending, but fighting through it will save Meryl. The Meryl ending is an emotional ending where Snake finally shows emotions, despite earlier telling Meryl that he doesn’t get involved in other people’s life because it complicates his. They drive off while Dr. Naomi Hunter is telling them to live.

At the end, Ocelot is on the phone with the president of the United States, and reveals that the president is the third brother, Solidus Snake.

Control Solid Snake and avoid detection from enemies and cameras. You are armed with various weapons, but most of them can draw the attention of guards. However, a tranquilizing gun, the M9, can put enemies to sleep without killing them and is silent.

You must sneak around because if the guards detect you, they will call for backup. There is a radar that can help you identify where enemies are, but the soldiers are smart and can often hear you or even find your footprints in water and snow. There are various methods to distract enemies and hid from them to avoid detection.

There are various weapons and supplies that can be used, and you can carry all of them with you. Some supplies, such as rations and bandages, will allow you to heal and stop bleeding. With your weapons, you can now enter first person mode which was not a possibility in the PS1 version.

The graphics are amazing for a GameCube game, and far superior to that of the PS1 version. The character models and environments look stunning. Of course, we have to mention the Matrix style cutscenes. As someone who never played the original, I don’t personally have a problem with the cutscenes. However, I can see why people do because it is a bit dramatic.

The colors are generally dark and brightness is very low so it can be hard to see in some areas, especially when crawling through ducts. Cutscenes also have intense motion blur that cannot be turned off, which can actually slow the cutscenes down below 30fps. The cutscene frame rate is more Liquid than Solid as it can fluctuate from around 15-20fps up to 60fps.

The music, much like the Matrix-style cutscenes, is often disliked by fans of the PS1 version. However, I actually like the music quite a bit, but should not be compared to the original since the style is different. There is no soundtrack for the remake, so the only way to get the tracks is by extracting them from the game.