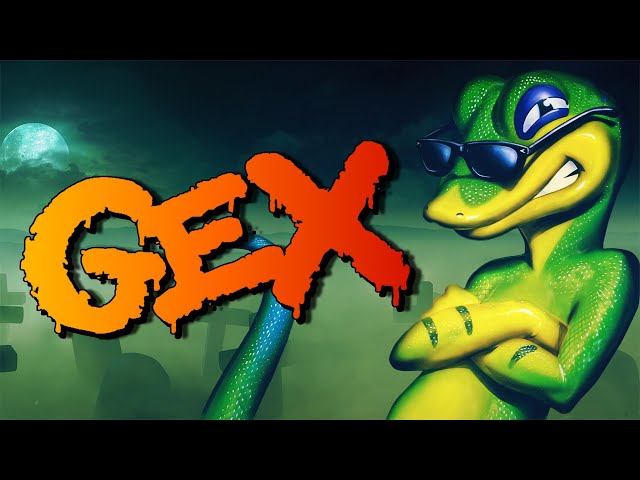 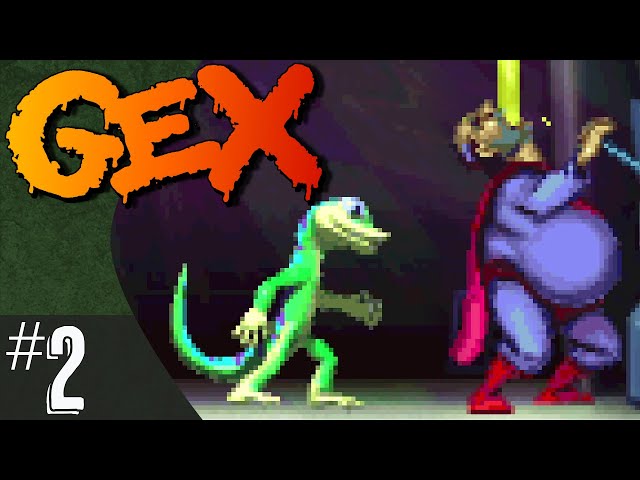 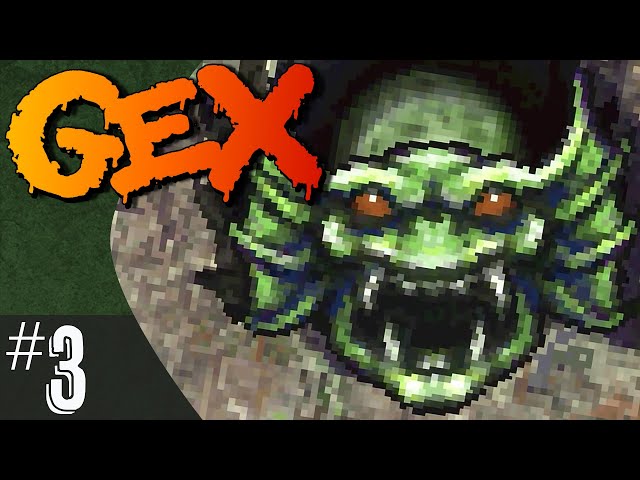 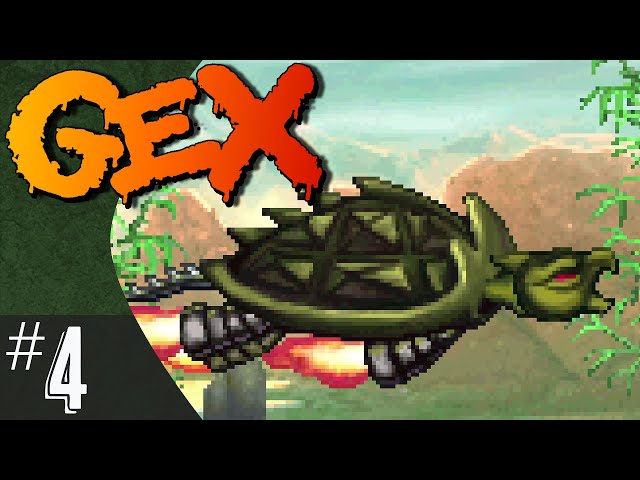 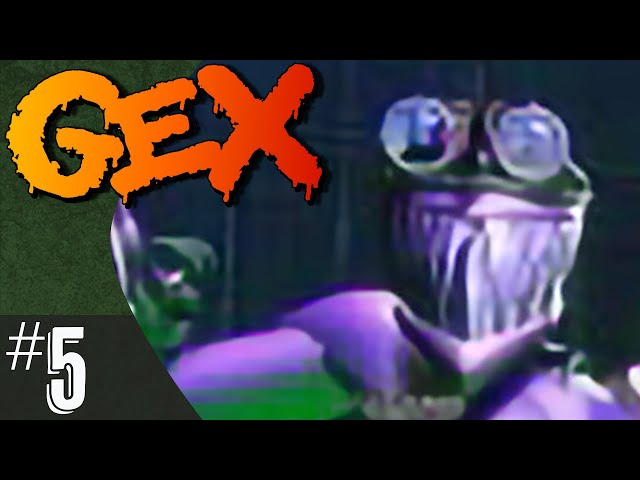 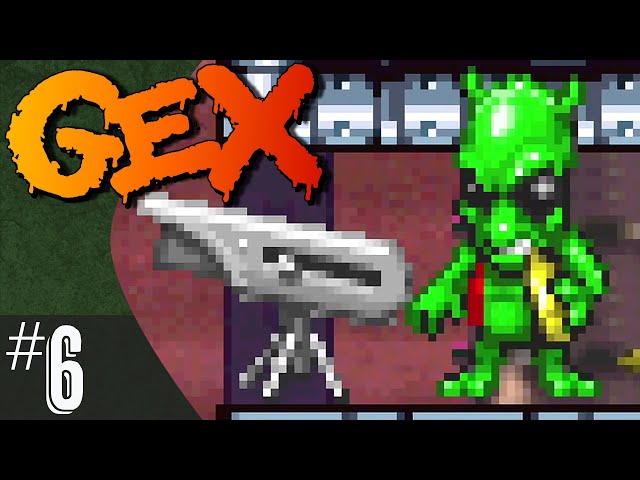 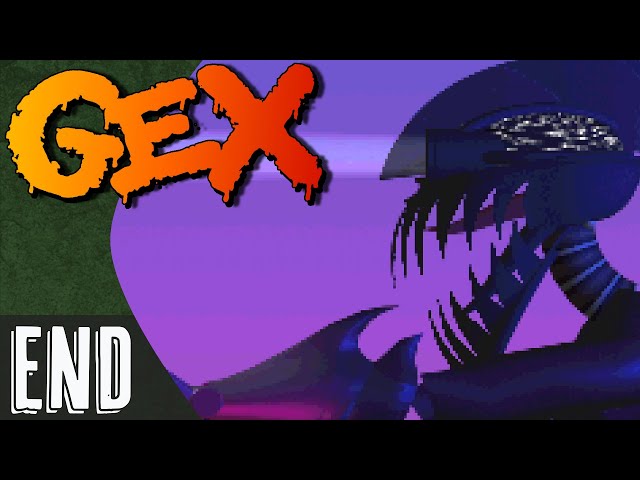 Summary: Gex is a gecko who is trapped in the Media Dimension by Rez. He must escape by finding remotes and defeating Rez.

This is the very first Gex game, initially released on the 3DO and later released on the PS1, Sega Saturn, and PC. It was going to be the next mascot of the 3DO, but that didn’t happen and the 3DO wasn’t a popular system.

The graphics and sound are pretty much the same between the 3DO and PS1 version, with cutscenes (which there are only two) are higher quality on the PS1. But, the 3DO version has save functionality, unlike the PS1 which has a password system by collecting VHS tapes in the levels. To save, you still have to collect the VHS tape, and the game will automatically save. It will not save your lives though which sucks. The 3DO version also has a bunch of secrets, like a debug menu and unused levels.

I found a lot of the secrets from Dylus, which showed the bonus rounds and even the unused levels and alpha prototype.

This game was played using the 3DO emulator, Opera (formerly known as 4DO) in RetroArch.

In the manual the story is quite detailed. It talks about Gex’s family, how he had two other siblings and was the oldest of the bunch living in Hawaii. His mom raised them, while dad was mostly working for NASA. Unfortunately, dad ended up dying due to an explosion during a test flight.

Gex bottled up his emotions and just sat in front of the TV. So his mom decided to move with the kids to California. But, Gex still didn’t part with his TV, so mom sold it. Gex stormed out of the house and vowed to not returns to a TV-less house.

Months go by and his mother finally finds Gex, saying the family is now rich due to his great uncle Charlie’s passing. They went on a spending spree. But, Gex decided to move back to Hawaii, buy the largest home with the largest TV and enough food to last for decades, and seal himself inside.

His dream came true, but there was nothing on TV. Suddenly a fly came by, and he ate it, but it was actually a transmitter by the lord of the Media Dimension, Rez. Soon after, Rez reached out of the TV and dragged Gex in. He wanted to make Gex the new mascot of the network, instead of a peacock.

Gex must then go to various worlds, or television stations, collecting remotes to change the channel and escape. He ends up finding Rez, defeating him, and is sent back to his room to resume where he left off, watching TV.

The secret ending has additional credits that are very long,  about 20 minutes, and also have concept art. In the concept art is an alternative scenario of what the story could’ve been. It depicts Hawaii and a dome covering part of it. Under the dome live geckos. One day a gigantic portal opens from the sky and demons come out, destroy the dome, and killing the geckos and/or taking them into the demon world. It appeared that Gex was the only survivor that didn’t get sucked into the portal. This would’ve been a really interesting concept since Gex could’ve traveled through the demon world to rescue his friends.

This is a 2D platformer, similar to Mario. However, the levels can be a bit more maze like, requiring different paths to get the appropriate items to complete the stage. Gex can jump, tail hop to destroy blocks and enemies, tail swipe to also destroy blocks and enemies, and lick, to pickup extra lives and power-ups. These power-ups include the ability to spit ice balls, fire balls, electrical balls, jump high, run fast, or be invincible for a brief period of time, in addition to additional hit points. Gex can also collect golden flies, and when he gets 100 of them he gets an extra life. He will lose a life when getting hit three times, or falling in water which is instant death.

In each level there is a remote to pickup. This remote opens another level and is required for progress. Some levels have an extra remote for unlocking new worlds and secret levels within the current world. Also in each level are bonus rounds which are short mini-games that test your skills. In order to get to the secret world, it’s important to complete at least one bonus round per world, which is tough to not only find, but also the bonus round itself is hard. Perfectly completing each world’s bonus round (besides the last one) will grant you a piece of a secret world remote to unlock Planet X.

There are a total of five worlds, plus one secret one. These worlds include Cemetery (Graveyard World), New Toonland (Cartoon World), Jungle Isle (Jungle World), Kung Fuville (Kung Fu World), Rezopolis (Rez’s Nerve Center), and Planet X (secret world). Each world has a handful of levels, some more than others. Planet X has the most levels, despite being a secret world that most people likely won’t see. There are also tons of unreleased levels that can only be accessed via a cheat.

The game is mostly 2D sprites that are relatively low resolution and don’t look too great when playing on modern screens. The edges are jagged and don’t scale well.

Each world has a different color pallet. For example, the Cemetery is dark and bland, while New Toonland is bright and colorful.

The music in the game is mediocre. It’s not that memorable, but at least each world has different music. The best thing, which can get quite annoying fast, but I still love it, is the voice of Gex and the stupid jokes he tells. He is voiced by comedian Dana Gould and his short comments can be quite funny, or completely fly over your head.