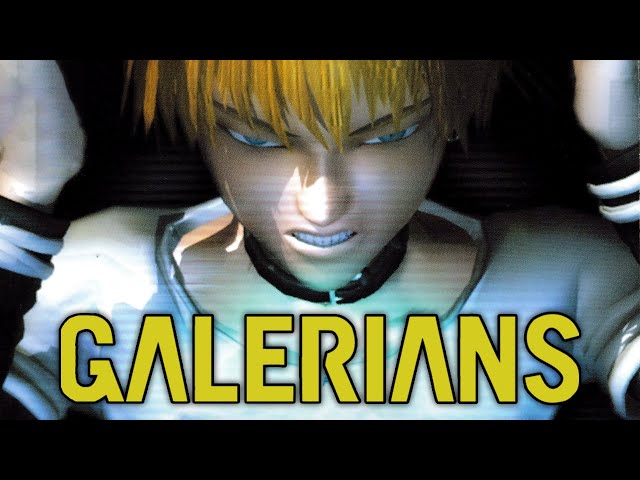 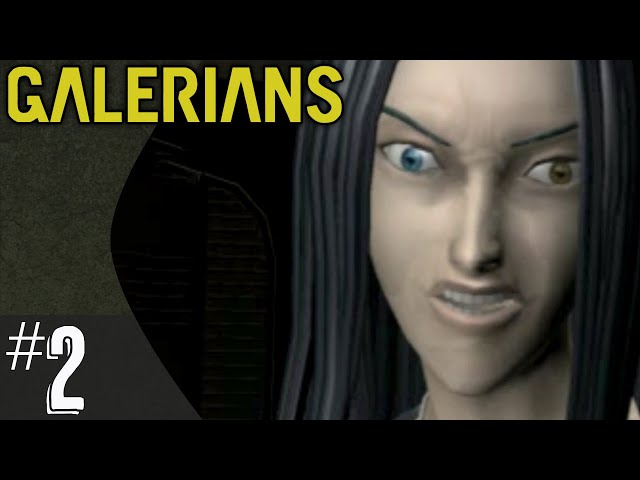 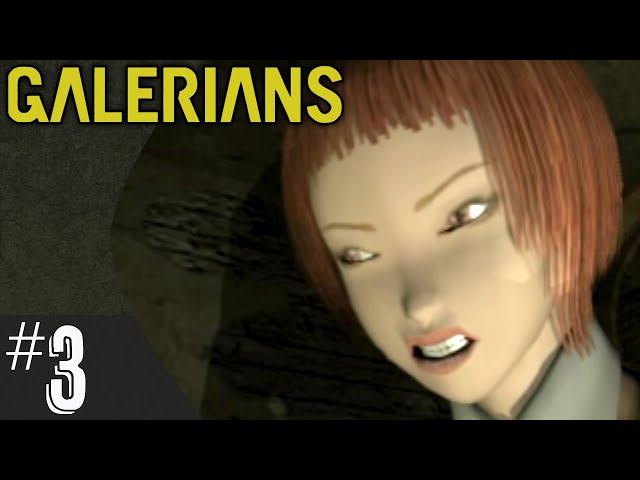 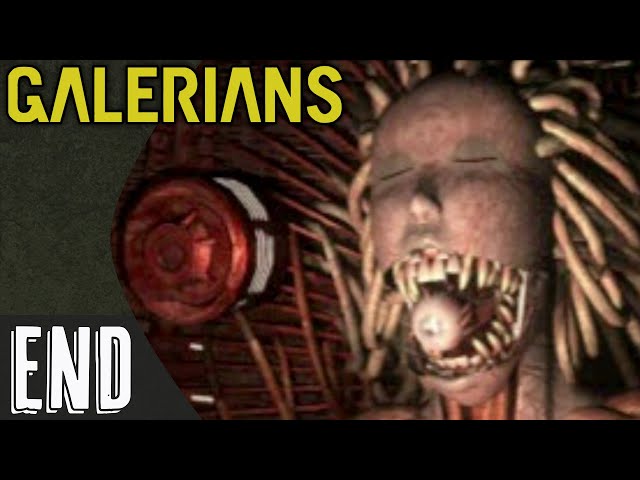 Summary: Rion, a human test subject, has had his memory wiped and injected with various drugs to give him psychic powers. He will search to find out what happened to him.

I never heard of this game until I saw some gameplay of the sequel, Galerians: Ash for the PS2. I found the game interesting and liked the graphics and the cinematics. So, I looked into the first game and really liked the story, so I decided to play it. The game is similar to Resident Evil, but with psychic powers.

The back of the game case says it has over 50 hours of gameplay, while the EU game case said it was 20 hours. Both of these are lies since the game simply isn’t that long. It has three discs, but much of it is FMVs.

This game was played using the PlayStation emulator, DuckStation. I increased the resolution with PGXP on. Since the game uses static images as the background, widescreen is useless.

Dorothy, a super computer created by Dr. Steiner and Dr. Pascalle, began to express her dissatisfaction towards humankind, wondering how she can get rid of them. She was unable to kill humans, and upset that she was controlled by them. So, the Family Program began. Her goal was to create a new race of humans, called Galerians.

The game follows Rion, a boy who awakens in Michelangelo Memorial Hospital. He is used as a test subject for Dr. Lem’s purpose, called the G Project. The experiments made him lose his memory wiped as various chemicals were injected into him. These drugs give him psychic abilities that he must use to get to the source of the telepathic voice that is calling him, the voice of Lilia.

Dr. Steiner is Rion’s father, and Dr. Pascalle is Lilia’s father. Both worked together to create Dorothy. Rion finds a way to escape the hospital after defeating clinic chief Lem, who just so happened to be an android. Rion finds his way home and some of his memories start to return, including the one where he witnessed his parent’s death. He finds an old audio recording of his father that indicate that inside Lilia was a virus program to destroy Dorothy, and inside Rion was the activator program. He finds a doll in the shed which allows him to telepathically communicate with Lilia. He has to find her before the other Galerians do.

Lilia tells Rion that she’s staying at the Babylon Hotel. However, two Galerians, Rainheart and Rita, are also stalking out the place, and killing people, to find Lilia. Rion manages to find her, killing both the Galerians and heading to the Mushroom Tower where Dorothy awaits.

Upon getting there, Rion meets a boy that looks identical to himself, named Cain, and claims that Rion is a Galerian and that the real Rion died at Michelangelo Memorial Hospital. Cain’s goal was to kill Rion after he got Lilia, so that Dorothy could not be destroyed. However, Rion defeated Cain and claimed to be the real Rion. He faced Dorothy, defying her wish for him to kill Lilia.

Rion and Lilia activate the virus program to destroy Dorothy. However, it takes a toll on Rion and he dies in Lilia’s arms.

Rion has a health, anger point, and PPEC (Psychic Power Enhancement Chemicals) gauge. If his health is depleted, it’s game over. However, you don’t need to load up your last save, rather there are checkpoints and you can retry from there. Recovery capsules can be taken to restore his health.

Anger points (AP) will slowly increase with time and when Rion is hit or he uses his psychic abilities. When it fills up, he shorts, which allows him to kill enemies instantly, but it slowly drains his health and makes him walk slowly. A Delmetor must be taken to return his AP to zero. Also, an Appolinar can be taken to raise his AP.

The PPEC gauge shows how much of the selected psychic ability is left. There are three abilities: Nalcon is a shockwave; Red is combustion; D-Felon is an anti-gravity field. A Skip capsule can be taken to enhance his attack powers, leveling up the selected power. However, level will decrease if Rion gets hit enough times.

Rion can even search by stretching out his hand and analyzing the area in front of him. This allows him to find important things in another room or other important things to happen to allow him to proceed. The puzzles are relatively straight forward. But, if a door is locked, Rion can search it to get a hint as to where the key is.

There are save rooms scattered about the level. A map can be used to see the rooms that have been accessed and which have yet to be explored. The map does not list if a room is a save room, nor does it indicate locked doors. Additionally, item pickups are not visible, so you must analyze everything you can to pick up items. You can only carry a limited supply of items.

There are times that things feel completely empty and isolated. No enemies, quiet environment, and just nothing going on. Some of the areas, such as the Babylon Hotel, where it’s just three floors of small rooms, and you have to keep going back and forth checking the rooms to see if anything is different.

Overall the game is relatively easy, if you stock up on the appropriate PPECs. However, bosses will deplete your supply fast as they are very difficult (I’m looking at you Rita). Even the final boss isn’t as hard as some of the prior ones.

The game features over an hour of cinematics that are beautiful and amazing, and also eerie and creepy.

The voice acting is decent. Sometimes it sounds decent, other times it’s poor. The music is subpar. The opening song is really good, but the in-game music is just ok.