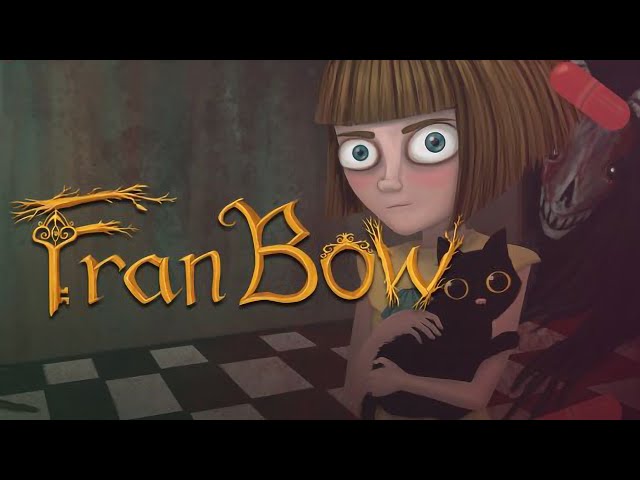 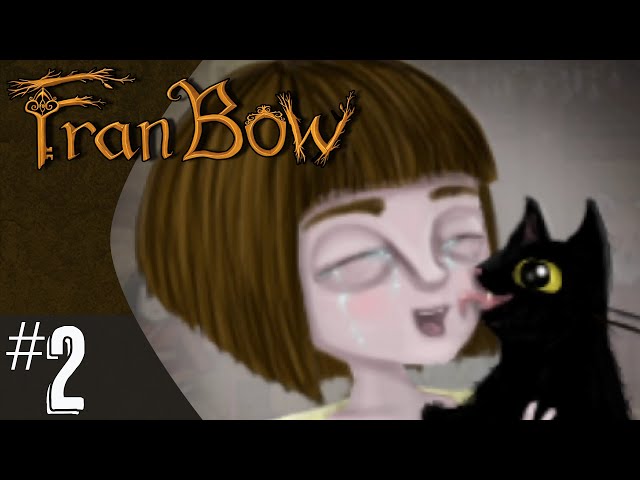 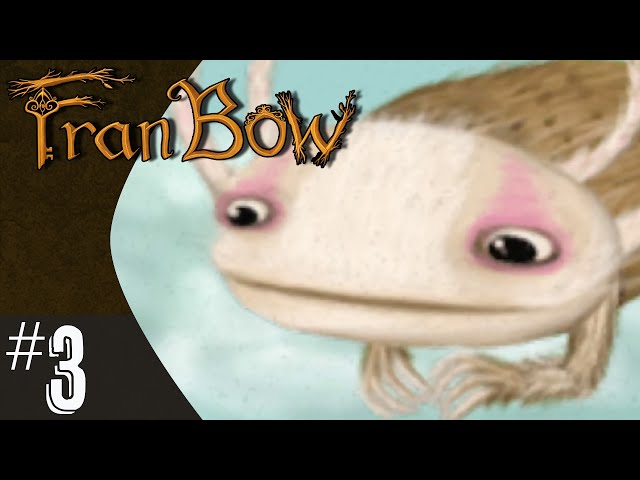 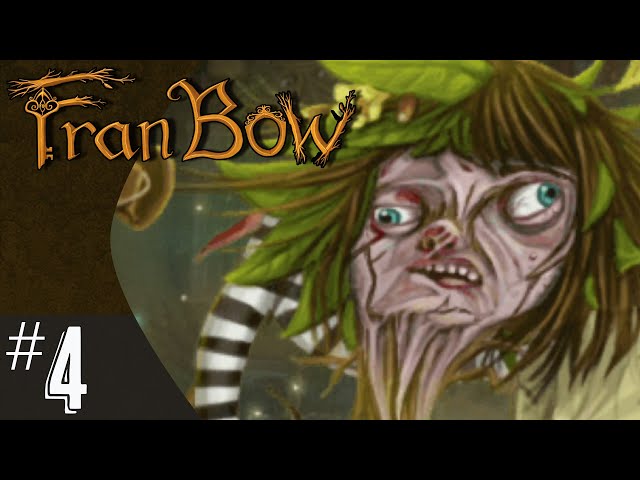 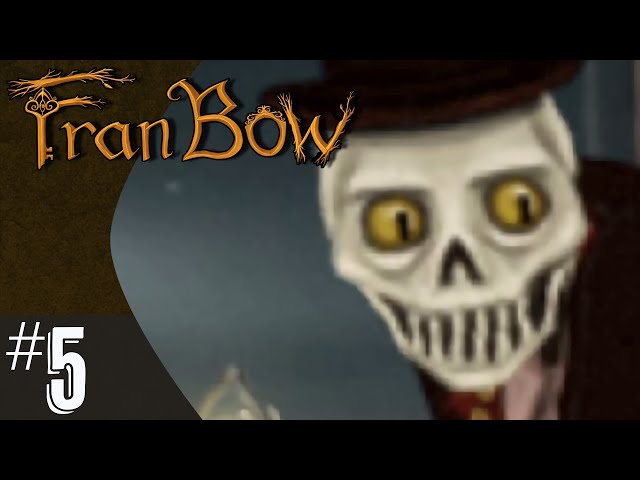 Summary: After witnessing the death of her parents, Fran is admitted into the Oswald Asylum, and is searching for her cat, Mr. Midnight.

I saw someone play this game way back in the day and really enjoyed the art and story. Fast forward many year and here I am playing it. I love the art style of the game, since it’s all hand drawn. And the story that is deep and thought provoking.

In 1944, Fran Bow Dagenhart lived a carefree life with nice parents who got her a cat, which she named Mr. Midnight. However, one night something was off, and a strange demon appeared outside her window. She later found her parents dismembered. She ran out of the house and into the woods and went into shock and was admitted into a mental institution for children, Oswald Asylum. Dr. Marcel Deern is her therapist and insists she try a new medication, Duotine, which she ends up having a reaction to and sees dark figures and dead people all around her. She manages to sneak some from the nurse’s desk and has a vision of Mr. Midnight insisting that taking them is her ticket out of the asylum and finding him. She discovers that the asylum is a dangerous place and isn’t what it appeared on the surface. They were conducting experiments on children, and replacing the label on Duotine which was actually Ektoplomatin, a drug that can cause severe hallucinations and allows one to see into different realities. She escaped and began her search for Mr. Midnight.

She found herself in a forest, filled with strange creatures, all of which she saw without taking any pills. She entered through a door that lead to the bottom of a well, but also also a home on an island owned by two twin girls, Clara and Mia Buhalmet, conjoined twins that Fran saw in the Oswald Asylum. Within the Asylum, they were held captive in the basement area, but they were separated. Written on the wall was “Itward.” In their home, the girls seemed to know a lot about Fran, which lead to her being confused. They revealed that they weren’t always conjoined, but a magician cast a spell to make sure they spent eternity together, fused to one another. They asked Fran to help gather necessary materials to perform a ritual to bring him back to get revenge on him, in exchange for a key to set Mr. Midnight free that they have been keeping hostage. Fran performs a different kind of ritual to kill the twins. She takes the key and reunites with her cat, leaving the island.

Unfortunately, Fran drops off a cliff due to the demon and Mr. Midnight follows her. He lands on a mysterious island, but Fran is nowhere to be found. However, he discovers that she has been turned into a tree taht toppled over. Some root vegetables flying on a boat came over and starting poking and eventually took them to their king, Ziar, after Mr. Midnight showed them the picture of Fran’s family. The king rules the land of Ithersta, and has a fruit grow from Fran to see her life, and says she should not be there. He has her understand their language and says the great wizard can help her get back to her world.

The king refers her to Palontras, a doctor in Ithersta, who grants her the ability to walk by bathing her in the water of the Great Valokas. He tells Fran about the five realities of existence, but doesn’t go into detail about them. He even says that Fran choose to become a tree after the fall since her physical body died after the fall, but because she wanted to remain as Fran, she took on a different form with her consciousness. However, doing so opened a door between her reality and theirs, leading to creatures able to enter Ithersta, the second reality. The main creature that wants to destroy it is Remor, The Terrible Black, which is the demon Fran keeps seeing.

During her journey, she learns from the town’s clockmaker, Cogwind, that time is an infinitely layered reality, and that to travel to various seasons, there is no need to wait, you just go there by changing the reality. There is a clock that controls the seasons, and he fixes it for her, allowing her to change seasons at will. Different things can be seen and happen during each season.

After getting the neccessary materials, the great wizard is able to help Fran get back her body, and open the door back to her world. The king tells her that she has to leave since a Valokas told him that she is not ready to face her truth. She is successful at doing so and returns to the other side of the bridge she fall off from.

She meets Itward, the skeleton who claims to be her friend, but she is unsure if she should trust him. This is the same skeleton that conjoined the twins, but the reason for it was revealed within Itward’s flying machine. The sister’s wanted to kill Itward, but killed themselves instead and blamed each other. Itward sewed their bodies together in hopes they would get alone, yet they didn’t.

Itward celebrates Fran’s birthday and she feels she can finally trust him. He wants to take her to the third reality, back to her home. He says that all the realities exist all at the same time on top of each other, and the Ultrareality connects to them all and allows the person to see parts of all realities together. During their travel, however, a Kamala attacks the engine and the ship goes down. Upon landing, Fran and Mr. Midnight are close to home.

They both manage to find their home, but the door is locked, so Mr. Midnight heads through the window. While he’s inside, Dr. Deern comes and takes Fran to show her an article that indicated that she died along with her parents. He also didn’t believe that her cat was alive either. He indicated that he was fired from the asylum for knowing to much, specifically that Fran was taking pure Ektoplomatin which explains the hallucinations she was having. She even heard from the doctor during a hallucination (the ultrareality) that his father was abusive. He was shocked that she knew this as he didn’t actually say anything. Furthermore, he indicated that Dr. Oswald Harrison conducted experiments on the twins and sewed them together, not Itward.

Upon getting to the grave, they found Fran’s father, mother, and cat. Dr. Deern was looking for clues as to who killed them, but found nothing. Remor later showed up and sent Fran into his realm, the fifth reality. She wakes up at home, tied to her bed, with Aunt Grace by her side saying not to get up since she poses a threat to herself and others. She then is communicating with her past self as a child in the hospital who unlocks her and she wakes up back at home again. Mr. Midnight is gone, and she has to find him again. He’s trapped within Mother Mabuka’s heart, the mother of Remor and all things dark. Fran used a special clock made by Cogwind to wake her up. Mabuka says that Fran was selected by the Five Realms of Essential Existence to be the keeper of the key. She must face reality and enter Mabuka’s heart.

Fran meets Remor again which shows her a vision of her killing her parents. She then sees Dr. Deern tired to a chair and has to inject him with Duotine to wake him up. After he awakens, Dr. Oswald (an elderly man in a wheelchair) and Aunt Grace enter the room. Oswald admits that Aunt Grace and Fran’s mother were part of his “twins” study (as was Clara and Mia) which helped him find the key. And that Remor murdered Fran’s parents, saying he did a good job, because Fran’s parents got in the way of his experiments. Remor was the manifestation of Fran’s inner fear. And, Oswald wants to continue experimenting on Fran. The experiments include research on the pineal glad, which is responsible for sleep and awake cycle, out of body experiences, and connecting one’s spirit to the physical body.

Aunt Grace then drops Mr. Midnight off a cliff which angers Fran, having her jump on Grace, attempting to strangle her. Oswald shoots Fran with a gun. He is eager to conduct an experiment on her but must do so quickly. Itward comes out and stops Oswald and Grace. Palontras also comes by with Mr. Midnight, and casts a spell on Fran, which revives her. They all head back to Ithersta.

Was it all in her mind? Or did these things actually happen? Is she still in the hospital, drugged up because of her mental illness, or in a coma due to Dr. Oswald experimenting her, or is she free in another realm of existence? Perhaps both are true at the same time, with her mental illness escaping into another reality and being free, yet also physically not in the reality she fantasies about. Perhaps Oswald’s experiments on the pineal gland are responsible for what Fran is experiencing and none of it is real…or is it?

The Five Realms of Essential Existence are:

This is a point and click puzzle game, with horror and adventure elements. Fran can interact with the environment, talk with people, and pick up items and store them away. Items need to be used on the environment to open doors, solve puzzles, and advance the story. Some of the puzzles can get quite challenging, and the person may ask for something, but not directly, and you have to infer that they want something you already possess in your inventory.

Some items may need to be combined in order for them to be properly used. Furthermore some items in the environment are difficult to see since they are small. Switching between realities also allows for Fran to see items that aren’t there in the other. For instance, there may be an item to pick up only after she takes a pill, but it won’t be there in the standard world. The same applies to some doors and passages.

During chapter three, the pills are replaced by the season mechanic, where seasons can be switched at all, and different things can happen during the different seasons.

The artwork is what really sets the game apart from others. It’s entirely hand drawn and looks amazing, creepy, and scary. The dark world art style is really creepy. Since it is entirely hand drawn, the game will not scale to high resolutions well without blurriness. It’s essentially static images, not 3D models. The game was originally designed at 1280×720, but can be played up to 1920×1080.

The music is surprisingly calm and relaxing, despite the dark nature of the game. There really isn’t much of any sound effects, but mostly ambients and music. Furthermore, there is no voice acting, as everything is text boxes.