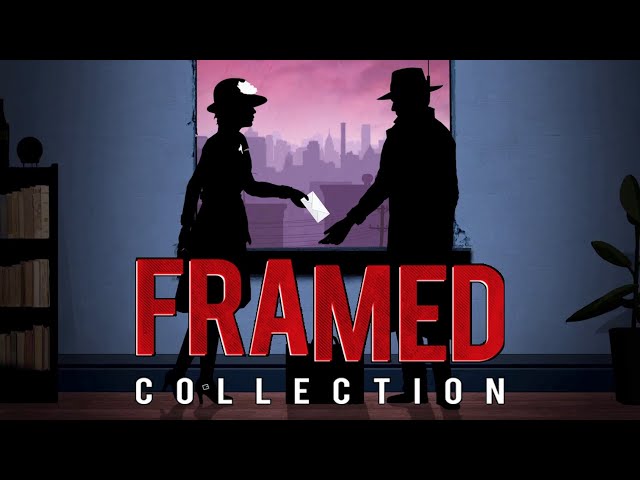 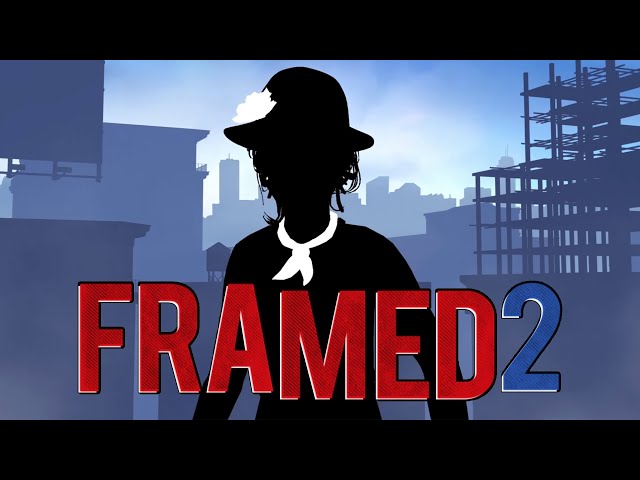 I first played FRAMED on my phone because I believe it was free for a limited time on the Apple App Store. I fell in love with the art style and found the puzzles intriguing. I never completed the game on my phone, so this was my first time playing through it.

The puzzles were thought provoking and had me thinking quite a bit, especially for the later levels. There was one frustrating puzzle in particular, the conveyor belt stage, that I had to actually look up online to find the solution. I completely missed the idea of the one panel, and thus missed out on the solution.

Overall, I loved both games. The first one has puzzles that I found to be more enjoyable. While the second game’s story was interesting.

My interpretation of the story is that it follows a man with a mysterious briefcase. His possible daughter is also following him around (I didn’t realize it was a kid until I rewatched the video and realized she was much shorter than him). They are chased by another man, the mustache man, who is after the briefcase, who also appears to have the police force on his side.

Sometime later, when the daughter has grown, she hires a possible hitman to secure the briefcase, but later he appears to have wanted to take it, and she drugs him to take back the briefcase and escape on a train.

The mustache man is still looking for the briefcase, and finds both the woman and the hitman in a room and shoots the hitman.

This is a puzzle game with three types of puzzles: slide, rotate, and slide multiple. The first game starts off with just slide puzzles which are fairly simple. But then the female character is introduced with rotating pieces that add a layer of complexity, including a level that I was stuck on for a while.

And finally, later in the game a new mechanic is introduced which makes it so you have to move panels multiple times during the sequence of events to get a successful outcome. This made some puzzles, such as the conveyor belt level, extremely complex.

In FRAMED 2, there is no major introduction to these puzzles and instead you can do all three types almost from the beginning, which makes the later levels challenging.

The game can be played with controller, or using the mouse or touchscreen if on mobile. Using touch or mouse would be a bit better since it is easier to move panels.

The graphics are comic book style cartoons that are sharp and look great! Characters do not have faces, and are most just black silhouettes with white elements on them, such as glasses, mustache, and flower. It’s a very appealing style to look at.

The game runs at 60fps, but is actually mostly 30fps, except when fast forwarding and moving tiles.

Music in the game is also phenomenal, which should be no surprise since I got 13 copyright claims for the FRAMED 2 video on YouTube! 😳

The music is fitting for what is going on in the scene. The music, however, will occasionally pause between scenes as the next one is loading.

There are no sound effects in the game, except for a gunshot, which is actually just drums.

There is a soundtrack available for both FRAMED and FRAMED 2.