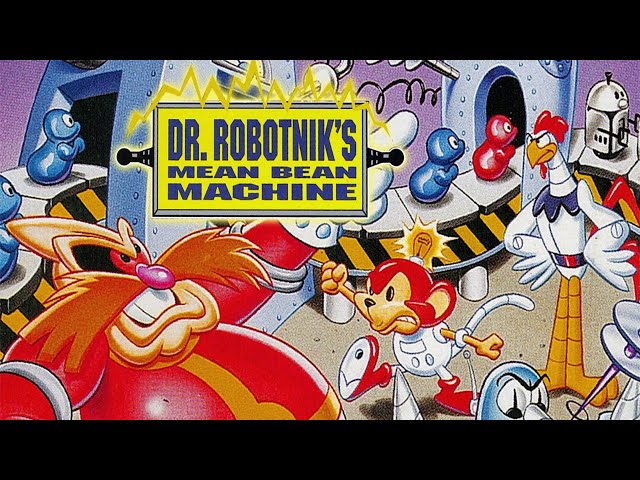 Summary: Prevent Dr. Robotnik from turning the citizens from Beanville into mindless robots.

This was one of my favorite Sega Genesis games. While it has Dr. Robotnik, it actually doesn’t have Sonic in it. The game is mostly a clone of Puyo Puyo, from the appearance, gameplay, and audio. The difference is the characters.

I use to play with my family and beat them terribly. I would get so many combos that they didn’t even stand a chance at winning. Despite being good at the game, the later levels proved to be a challenge for me and I was unable to beat the game for the longest time. But, it felt great when I finally did.

I neglected to show off the hidden sound test in the game, likely because it is not accessible by normal means. You have to put in a cheat code or change your game region in your emulator to access the sound test. Check out a video to see the hidden sound test menu where you can listen to yippies and yeehaws all you like. And here is a list of codes.

Dr. Robotnik has a new tactic of dominating the world, to turn the citizens from Beanville into robots that he can control to rid the planet Mobius of fun. So, our job is to group the beans together to help them escape instead of going into the Mean Bean-Steaming Machine.

This is a game about matching four or more beans together to get rid of them on. your screen. When making combos of beans or matching more than four together, you can have what’s called refugee beans fall into your opponent’s field. These beans cannot be matched with any others and can only be gotten rid of by matching other beans around them. Making enough combos to send tons of refugee beans into your opponent’s field is the best way of defeating them.

There are 13 levels, and each one gets faster and more difficult. Each opponent has a different way of matching beans. Some can combo beans so easily that it can get quite frustrating as they make a smug winning face at you. When they send over their refugee beans, you hear a “yeehaw,” while you get a wimpy, “yippee.”

There is also a two player mode where you can play with a friend (or enemy). When playing together, you can start on level 1 through 5 which will increase in speed and difficulty the moment you begin, and send a few refugee beans down at the beginning.

Additionally, there is an exercise mode which helps you train for defeating Dr. Robotnik. You will also level up as you go along as the speed gets faster. There are two unique beans in this mode: Has Bean and Big Bean. Has Bean will turn any bean you move him on into the same color. While Big Bean will get rid of two columns of beans. You can even play two player in this mode.

Bright colorful beans on a dark background makes for the perfect atmosphere to save the beans from a robot conversion device. There are five bean colors: red, green, blue, yellow, and violet. The environments and a few other elements are exactly the same as in Puyo Puyo.

The music is fantastic, with some really catchy tracks, but it’s not unique to the game. It’s practically identical to the Puyo Puyo game, but does sound slightly different, but could hardly be called a new music. Still, I love the music and the “yeehaw” in the game! 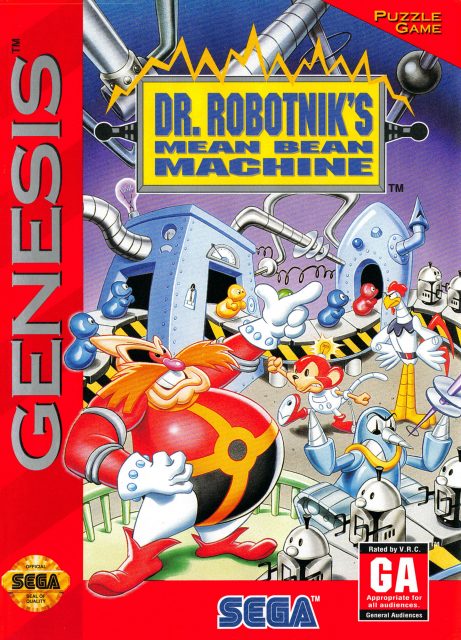