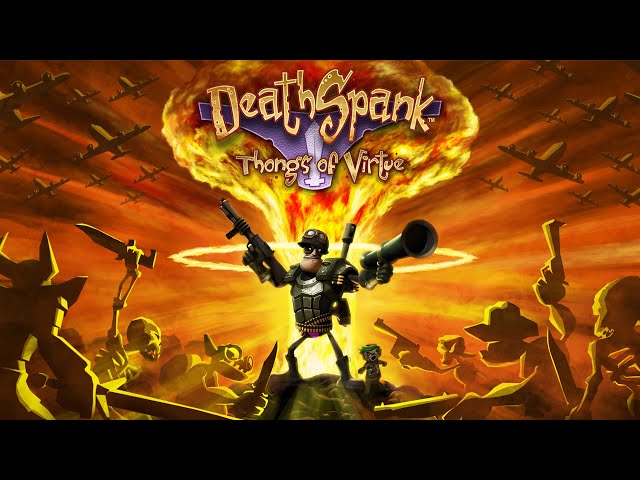 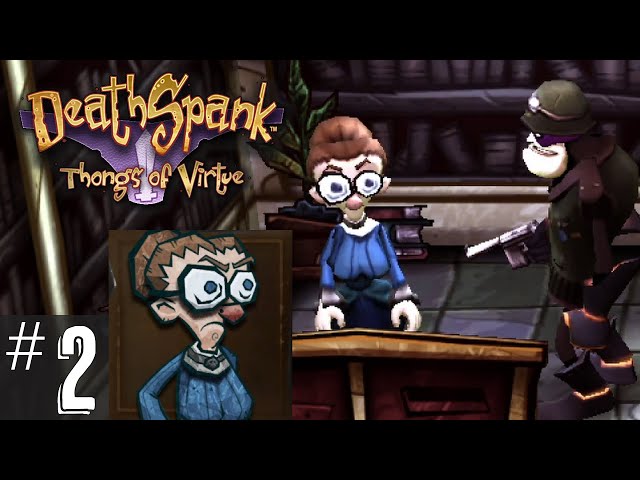 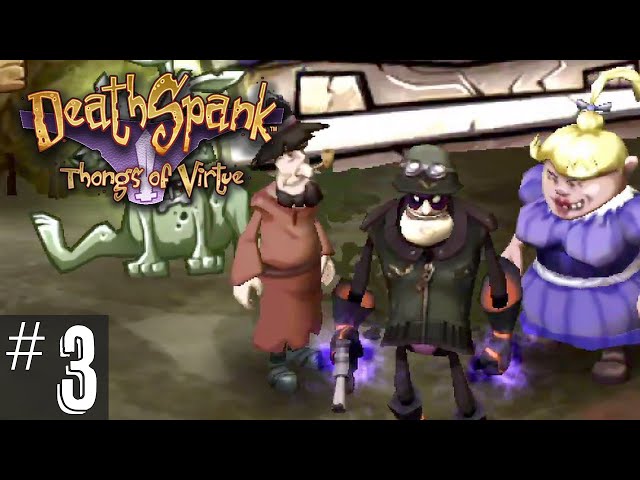 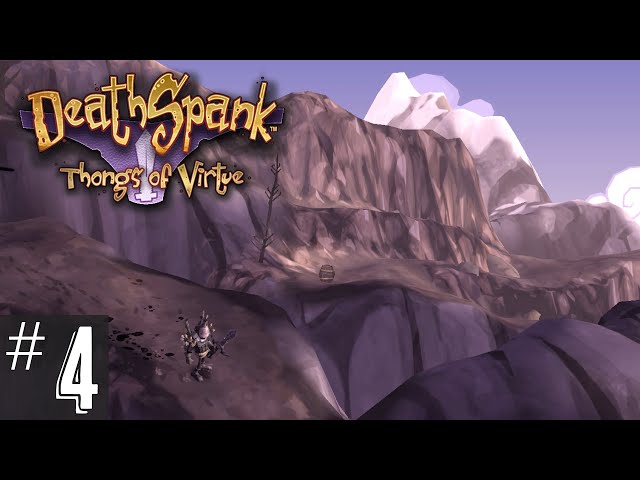 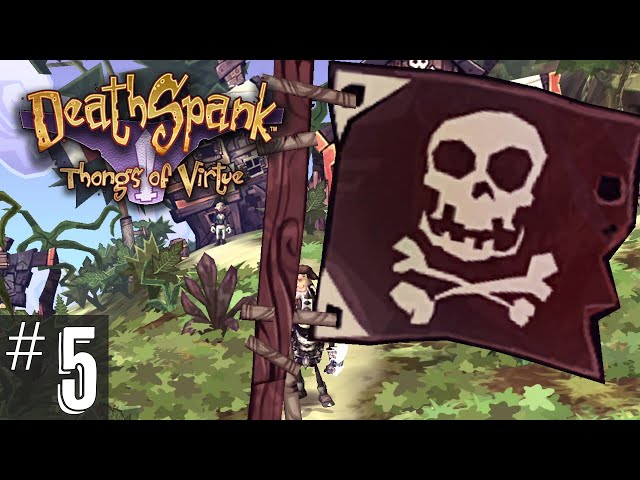 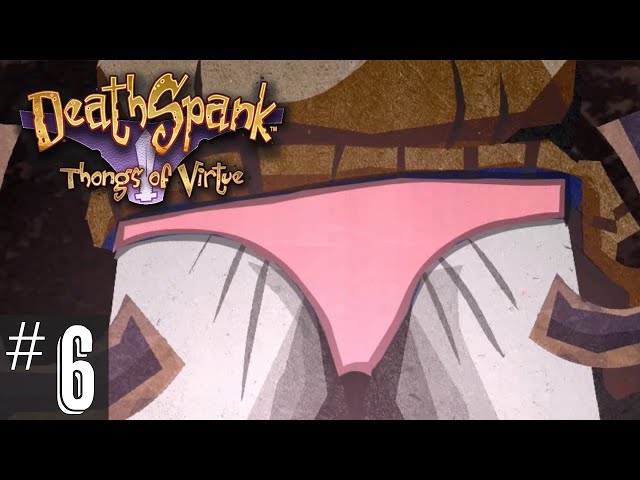 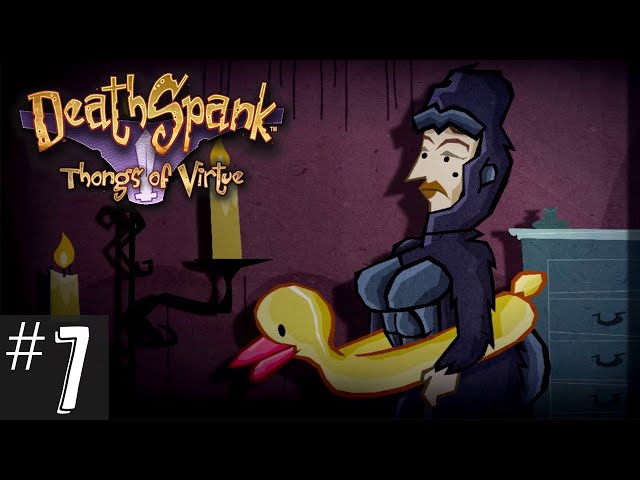 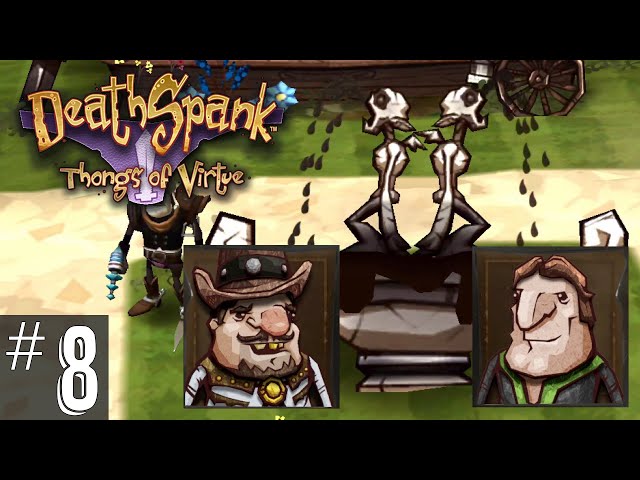 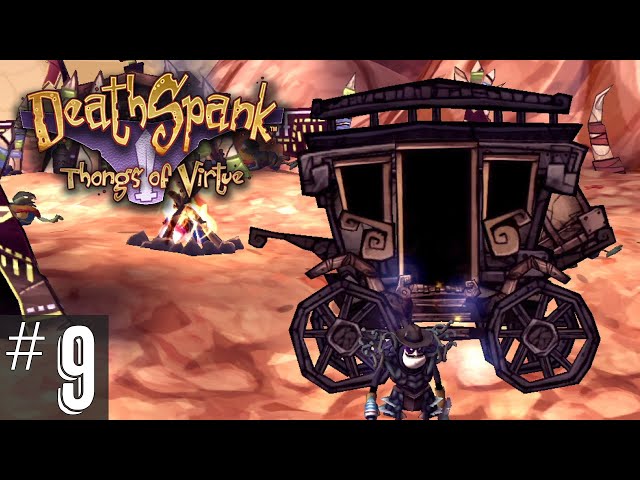 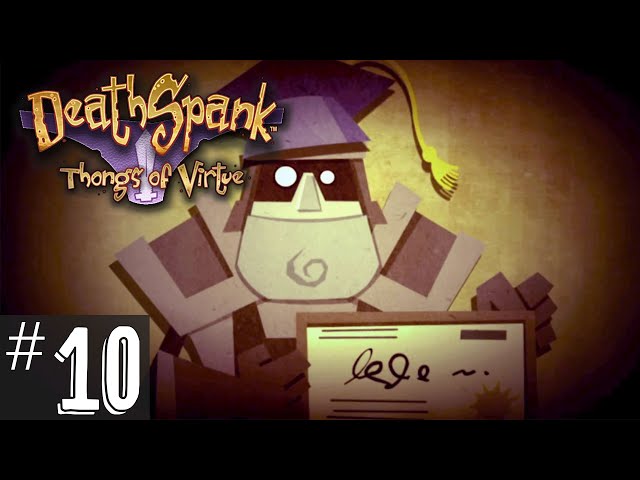 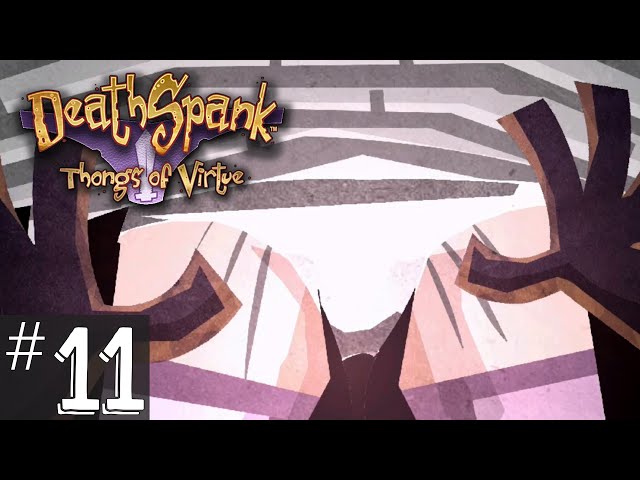 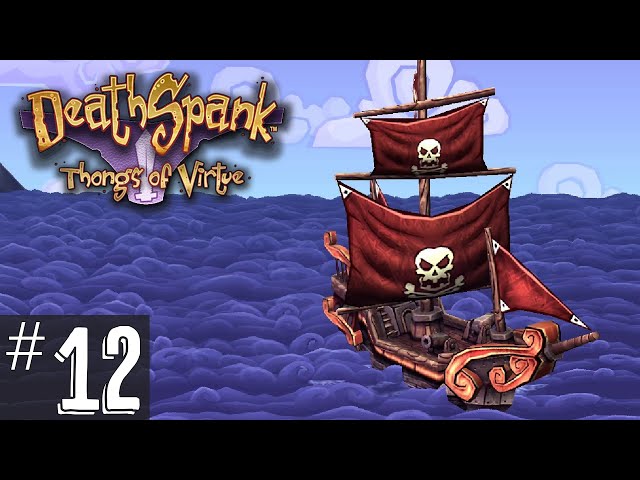 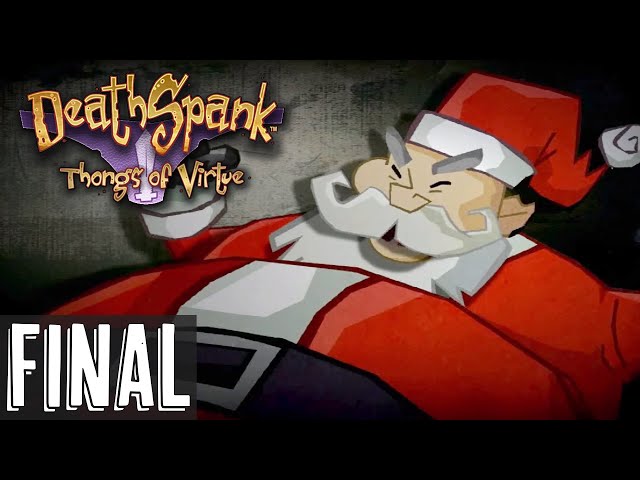 Summary: DeathSpank: Thongs of Virtue is the sequel to the first DeathSpank game. Follow DeathSpank on his quest to acquire six mystical thongs.

The sequel to the comedic action adventure game DeathSpank: Orphans of Justice. I played shortly after the original on the PlayStation 3 back when it came out. It is identical to the original in many ways.

There is even DLC for the original release on the PS3 that added a new area, the Snowy Mountain Dungeon which featured difficult ice enemies, but also powerful armor and items. The other DLC was Tankko the Warrior, a playable character for the second player.

A direct continuation from the first game where DeathSpank defeated Lord von Prong and discovered the real reason he was battling him – for his thong. He discovered that the source of Lord von Prong’s power was his thong. Sandy takes the artifact and says the artifact isn’t important and says that the thongs are corrupting people and DeathSpank needs to find them and return them to Sandy so she can burn them in the Fires of Bacon.

However, DeathSpank was captured and was in an Orque POW camp. Of course, that couldn’t hold him down. So he escapes and starts looking for the thongs! He discovers that a compassionate nun, an expert chef, and Santa Claus have the thongs he is after.

After recovering all the thongs there are two endings in the game when meeting with Sandy on her secret moon base. Either sacrifice yourself so Sandy can burn all the thongs, or kill Sandy because she is corrupt. Sacrificing yourself results in the realization that Sandy was the narrator and that she didn’t destroy the thongs, but instead locked them away (Indiana Jones style) because she saw good in them and felt they had potential for another time. Killing Sandy results in an intense battle with a shorter ending where DeathSpank puts on all the thongs and continues his life’s duty – being a Defender of Justice, a Vanquisher of Evil, and a Hero to the Downtrodden. This ending would lead into the third game, The Baconing.

Identical to the first game, you fight with various melee and ranged weapons that are picked up and swapped so quickly. There are tons of side quests that will give you experience, money, new armor, weapons, potions, etc.

Each level up grants you a new perk you unlock permanently, such as increased damage, more money, longer block, faster movement speed, and the ability to use weapons and armor a few levels earlier. DeathSpank has 21 levels now instead of 20 like the first game.

There are a few weapons that have a justice ability that unleash a super powerful attack when the justice meter is full. The quickest way to increase the meter is by doing combos and blocking.

One of the most fun things, and it’s good it’s saved for last, is sailing the seas. Get on Captain Taint’s boat and sail around, going to different islands and completing quests.

Identical to the first game, DeathSpank roams in an open world globe. There are 3D models of most elements, but some look like 2D cut outs, which is fitting for the game. There are a handful of animated cutscenes as well, but most dialogue scenes have no movement of characters whatsoever.

The voice acting is hilarious and amazing. The epic voice of DeathSpank shines again!

The game also reuses much of the same music from the first game, which is pretty good. While it’s no longer available, it can still be downloaded via the Wayback Machine.