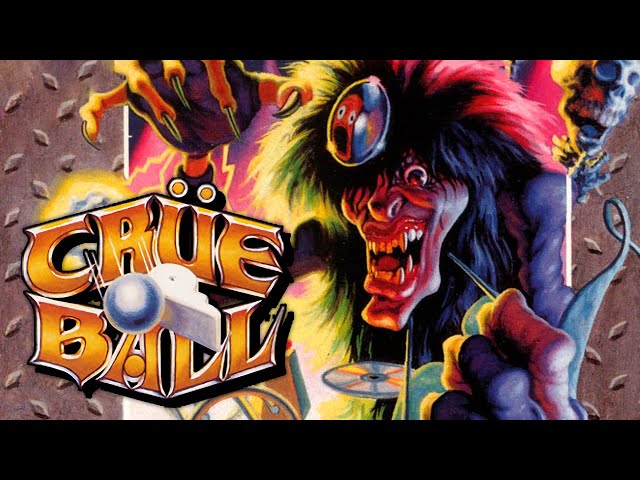 Summary: A unique Mötley Crüe inspired pinball game where you crank up the volume a bit too much.

This was one of my favorites on thee Sega Genesis. It was given to me from a friend of my mother’s. There was no manual included with my copy. The manual had some details about how to clear each stage and a list of enemies.

The game references Mötley Crüe as it is a heavy metal pinball game. I’m not the biggest fan of pinball games, but this one is quite fun and addictive. I was never able to beat it until I got older, which I even recorded on VHS. I made it to the end and was on the edge of my seat trying to win!

There is no immediate story, but the premise from the intro video is about a strange looking man, a Mötley Crüe fan, coming home late at night and blasting his favorite tracks by the band. The neighborhood wakes up and a woman yells, “Turn that down.”

Then you play the game, turning up the volume with each level. At the end there is a final boss, which is some strange gremlin head or something. After defeating him, the volume becomes so loud that the Mötley Crüe fan’s head explodes as well as his entire neighborhood. The end!

This is a pinball game with multiple enemies and levels. Each level has three screens: bottom, middle, and top. Your goal is to open the top gate and get your ball around the volume control which takes you to the next level. You have four lives, but can get more with enough points and other special conditions.

The bottom screen has letters and blocks to hit that can open the top gate, but can also make a gate appear and bring you into a stadium against skeletons that are born from eggs that can give you extra balls. If you go into this game before you open the top barrier, the progress you’ve made to open it will be reset. Also on the bottom screen are two gutter areas that will push you up to the middle level. However, on stage two and above, one is active and one is not. To activate one, flip the opposite flipper.

On the middle screen is where most of the action takes place. This will change per-level and you must fulfill certain requirements in this area to open the top gate.

And on the top screen will be an enemy that blocks the volume control. After level nine, the final level, there is a boss that you must shoot a ball into this mouth multiple times to destroy him. If you fall down, there is no way to get back up, but a spider is protecting you from falling.

Graphics are dark with a largely blue and purple color pallet. Enemies are unique and some are even funny, like the clown and brains.

The music is amazing! It’s Mötley Crüe style music, heavy metal with Genesis versions of three of their tracks, Live Wire, Dr. Feelgood, and Home Sweet Home. The rest of the level themes resemble metal tracks. It’s some of the best music on the Sega Genesis. While there is no soundtrack, there is a sound test in the game.