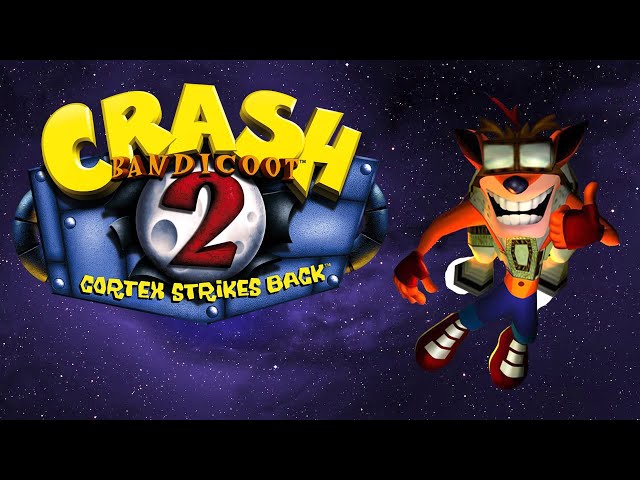 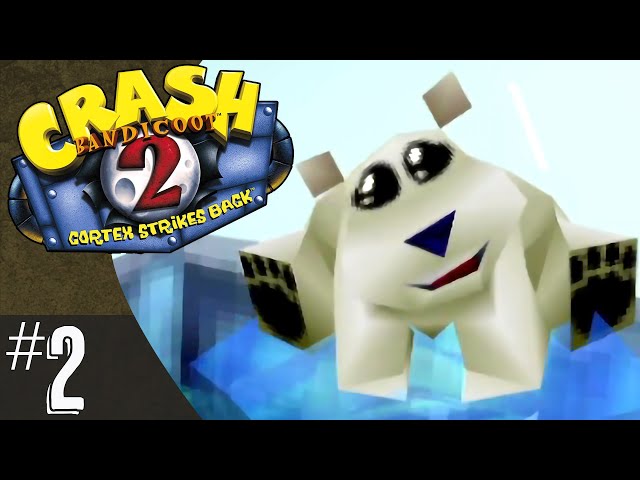 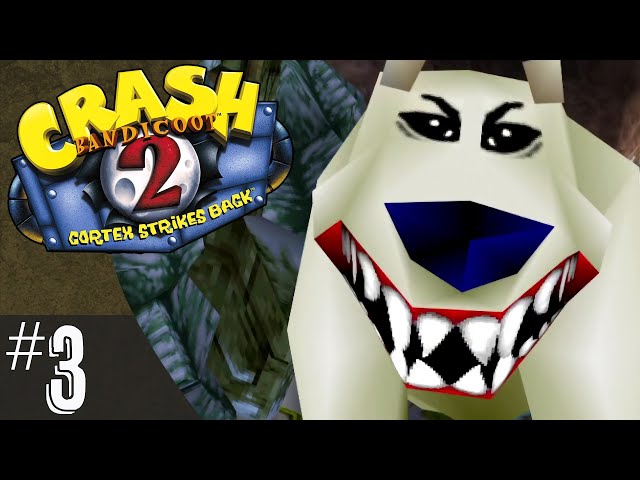 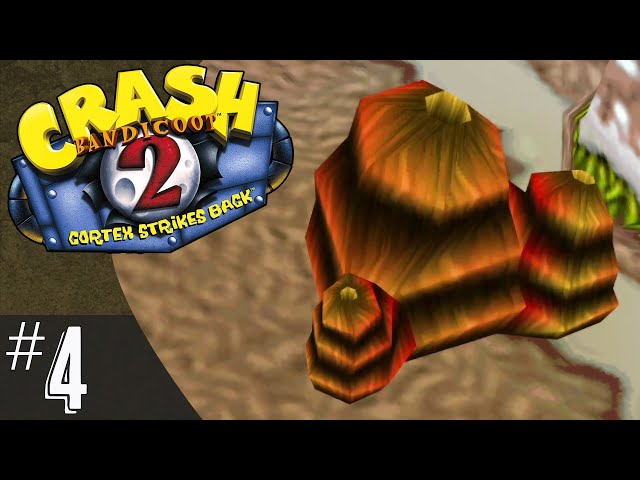 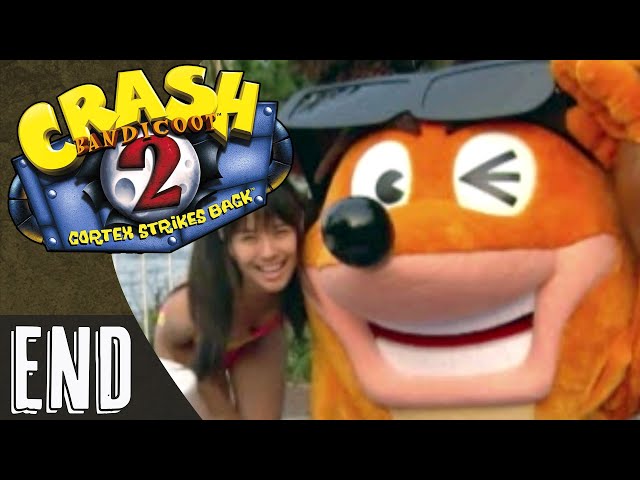 Summary: Crash and Cortex must work together to retrieve 25 crystals and save the world from a catastrophic solar flux.

This was the first Crash Bandicoot game I really liked. It was easier than the first game, which was unfairly difficult with the inability to save properly. Crash 2 on the other hand was more fun and fair, but still had some very difficult levels. I’m pretty sure I didn’t complete it 100%, or if I did it took awhile.

This game was played using the PlayStation emulator, DuckStation. I increased the resolution with PGXP on. Widescreen will not work too well in this game because the game is optimized really well to maximize culling, meaning everything off screen from the 4:3 viewing angle is not rendered.

This game picks off where the first game ended, with Cortex being defeated by Crash and falling down to the island below. In the cave where he falls, Cortex finds crystals and upon examining realize that they hold the power to stop the solar flux that is about to occur. He is now working with Dr. N. Gin instead of N. Brio since they had a falling out.

Cortex insists that Crash helps him retrieve the crystals so he can stop the destruction of the world. But, N. Brio wants Crash’s help to retrieve gems to destroy Cortex. Which side will Crash take?

By getting all the crystals, but not all gems, Crash has to fight Cortex on his way to the Cortex Vortex, a machine capable of turning people into his brainwashed slaves. When Crash defeats him, Cortex’s plans are ruined, but the Cortex Vortex still remains in space.

The second ending by getting all the gems is N. Brio harnessing the power of the gems to shoot a laser at the Cortex Vortex, destroying it.

Much like the first game, Crash Bandicoot 2 is a platformer where the goal is to make it to the end of the level, avoiding obstacles and enemies. There are still a variety of levels where the camera is behind Crash, and ones where it’s in front and something is chasing him. But, also side-scrolling for bonus stages.

Also identical to the first game, there are crates that contain Wumpa fruit to give Crash an extra life when getting 100. Aku Aku also has made a return to give Crash extra hits.

Crates are also for 100% completion to get a silver gem at the end of the stage. The gem is visible at the end of the stage before entering the exit portal if all crates have been broken, otherwise it’s a box counter showing how many you’ve gotten and how many there are total. There are also the colored gems that make special passages to other parts of the level. Additionally, there are secret exists that take Crash to special parts of completely different stages to get more boxes and gems, needed for 100% completion.

TNT crates are ones that explode after three seconds of jumping on them, but a new crate is in this game, the Nitro crate. They are green and immediately kill Crash or get rid of one of his Aku Aku masks, when he runs into them. They count towards the total boxes needed to get the silver gems, so it’s important to find a green ‘!’ switch to destroy them all, often found near the end of the level.

There are a few new moves, such as a slide, a body slam, and a high jump. These allow Crash to attack enemies down low or to slam on top of them and even open up special doors to bonus areas. Unlike the bonus areas in the first game when collecting Tawna tokens, bonus stages are platforms and doors on the ground that Crash can either stand on to travel to a bonus stage, or body slam into them to go below the stage.

One of the biggest changes, however, is the addition of the warp room, a hub world consisting of several levels and multiple floors, with a boss between each floor. Above the doors of the levels are the slots for the crystal, and the gems of the stage, making it much easier to find the levels that have the colored gems. And the levels on the floor can be played in any order. Saving can even be done at any point in the warp room, unlike the first game where it was much harder and mostly relied on passwords if you didn’t save.

The graphics have improved over the first game. The environments, enemies, and character models are more detailed. It looks really good for a PS1 game.

The music is catchy and fits the environment. There are some great tracks and each level location has a unique theme, such as all jungle levels have a jungle theme, and ice levels have an ice theme, etc. No official soundtrack exists, however. There is also a Japanese music video and song that plays when inputting a combination of buttons when the game starts.