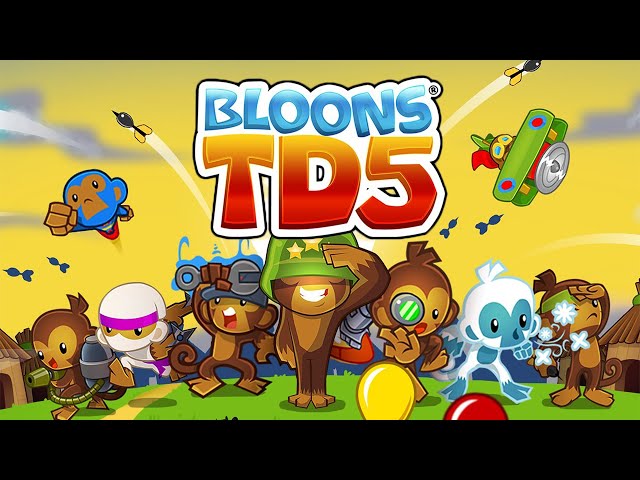 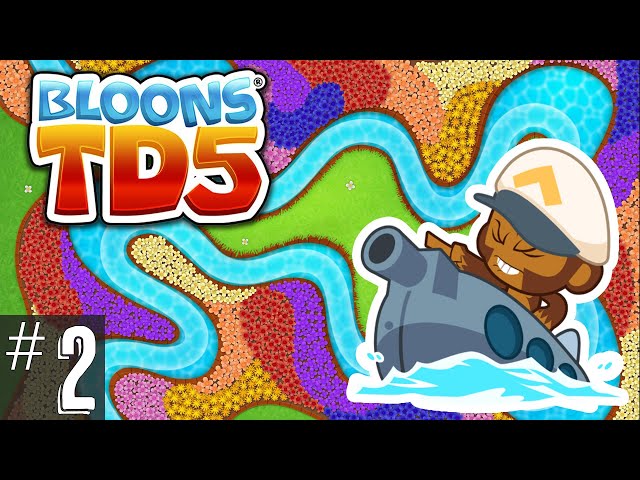 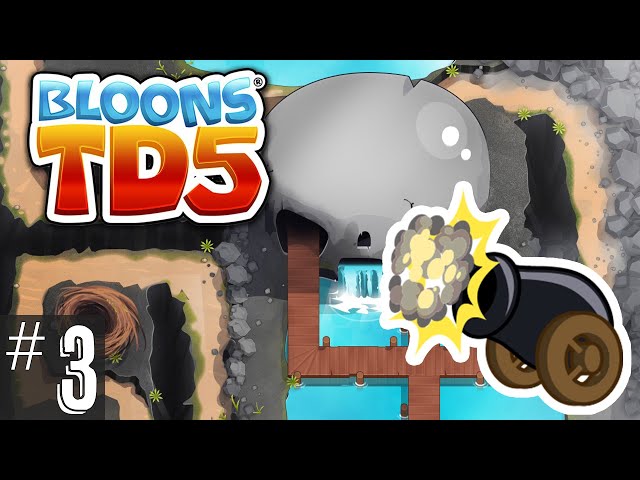 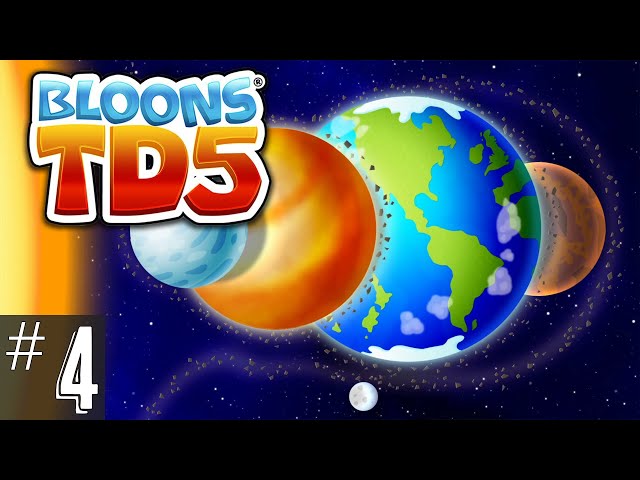 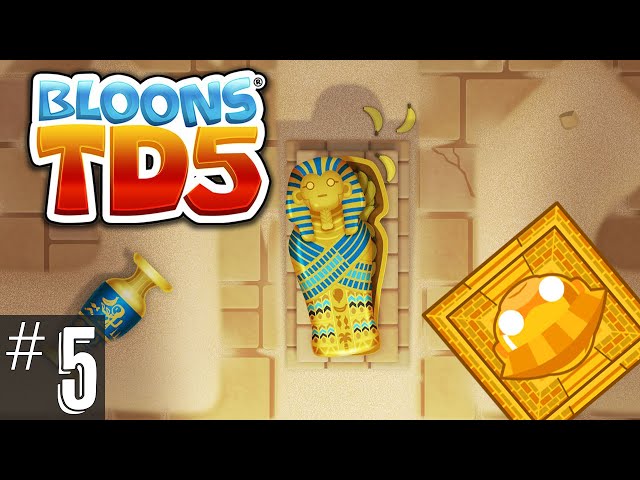 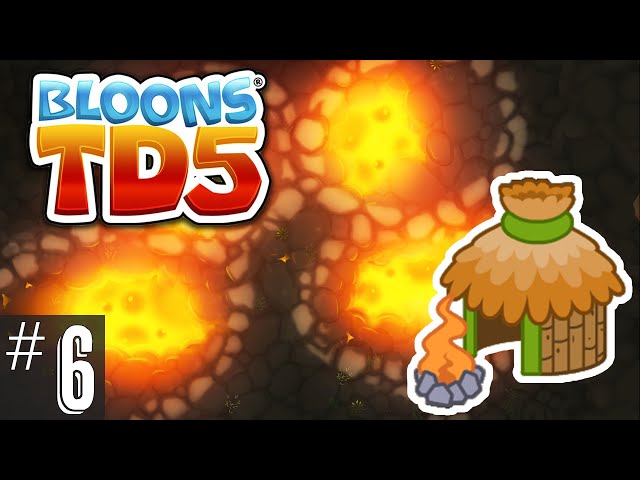 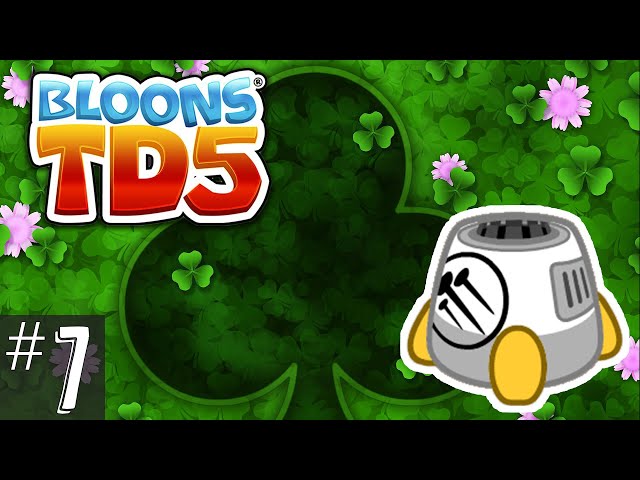 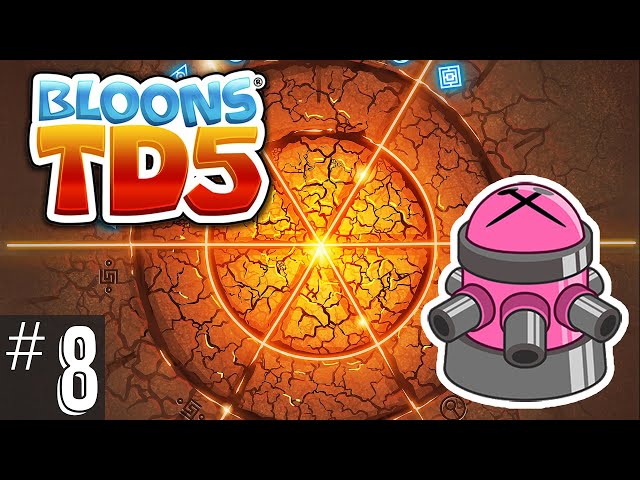 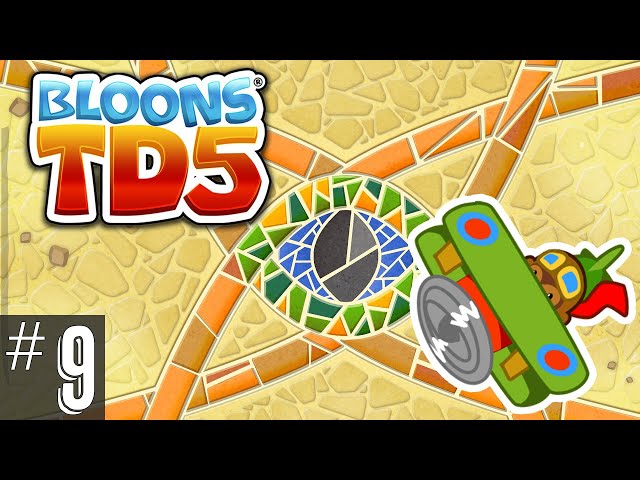 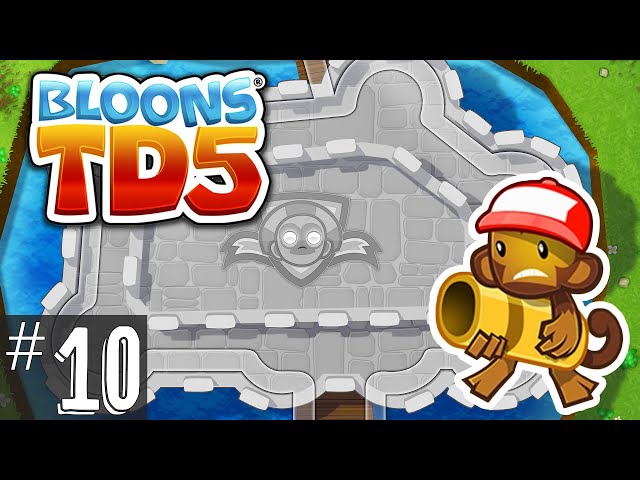 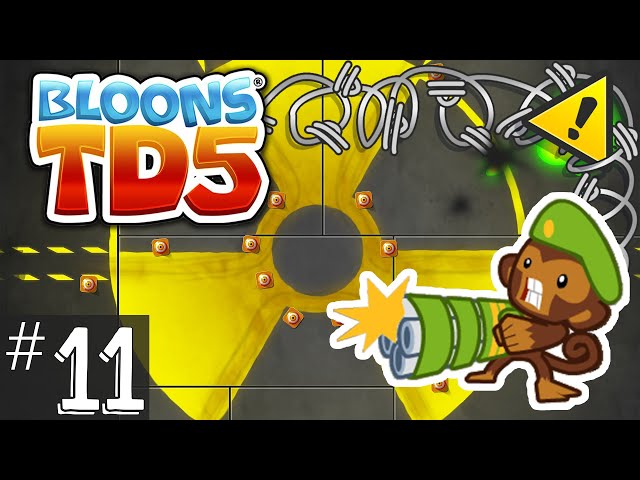 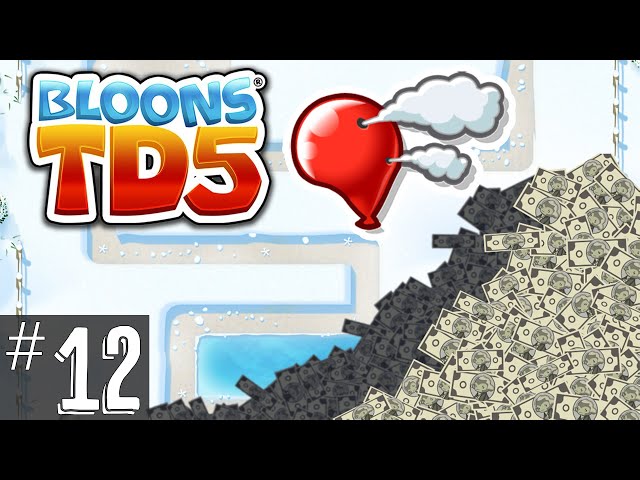 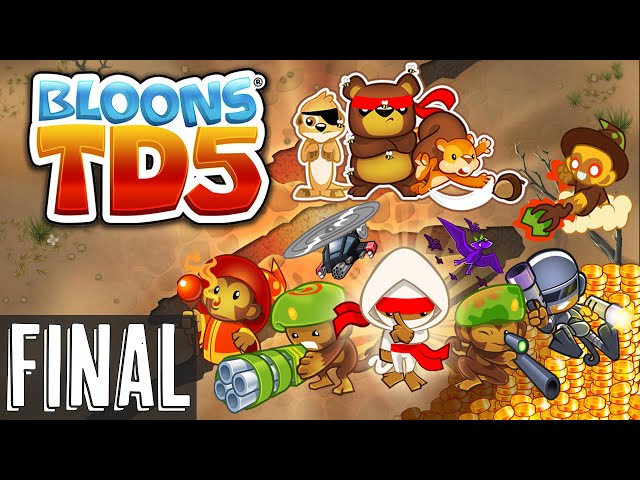 Summary: Bloons Tower Defense 5 is a tower defense game about monkeys who are protecting their village from balloons.

The first game I heard of was BTD 4. My sister described it, and the game sounded interesting, so I actually went on the browser of my PS3 and played it. The game ran quite well until a lot of balloons starting to appear, which is when it got super slow. You know what happened next…I played on my computer and was addicted to it!

I loved both BTD 4 and BTD 5, and even played the others. I found the earlier ones too difficult. But, the two I played were really good.

Defend your base from the invasion of balloons. There is no explanation as to why the balloons are so evil to the monkeys, but obviously there is a reason.

Like most tower defense games, you place down towers (or monkeys) in an area around a path that the enemy (balloons) follow. There is a clear start and end point, and your goal is to pop the balloons before they reach the end. Depending on the difficulty you play on, the number of lives you have varies, as well as the cost of the towers, the speed of the balloons, and how many waves you need to clear to complete the stage.

There are a variety of towers to build that have different abilities. Each tower also has multiple upgrades and can go down one of two paths. One path has an ability, and the other has a major attack or boosting upgrade.

Starting out at rank 1, you only have one tower, but you quickly gain experience and unlock more towers, and unlock upgrades for your monkeys by using them. There are also permanent upgrades and boosts that can be unlocked by using monkey money and tokens.

There are various game modes, challenges, co-op, and additional content that makes it well worth the money. The Steam version also runs smoothly at high rounds, and has the easiest progression, since you can unlock the double money and other upgrade permanently, using in game currency, and without consequence.

Co-op is also a lot of fun. One person tackles the left, and the other tackles the right. You do not share money, but can request and give money to your teammate. There are also some co-op exclusive maps.

The other game modes are also quite fun. But to fully 100% complete the game, it’s going to take a lot of work. Then Masteries will become available that adds an extra challenge to the maps.

BTD has cartoon graphics with sharp, clean edges. Everything is 2D sprites from a top down perspective. Colors are bright and vibrant.

There aren’t many tracks in the game, but the ones that exist are quite catchy. I never knew a soundtrack existed, but apparently one does on Bandcamp.