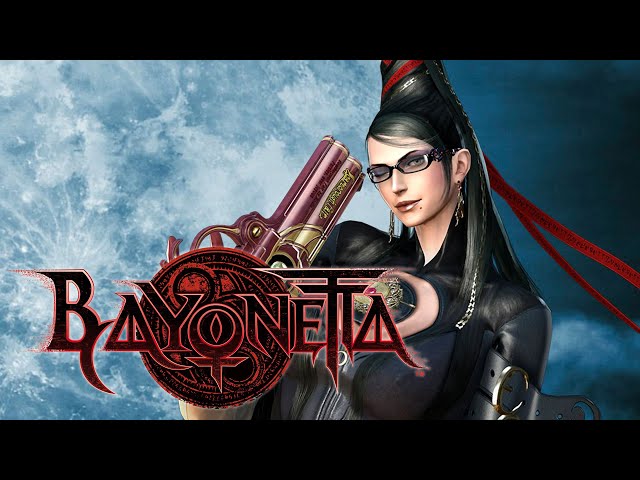 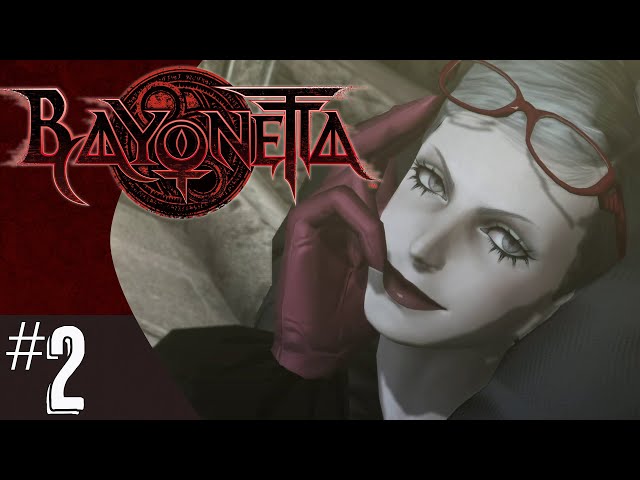 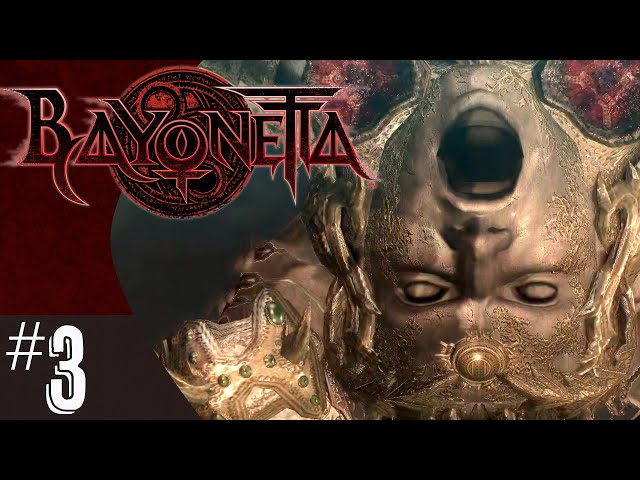 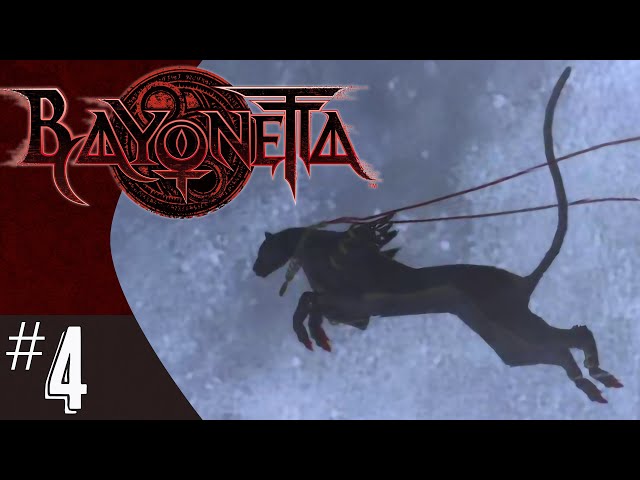 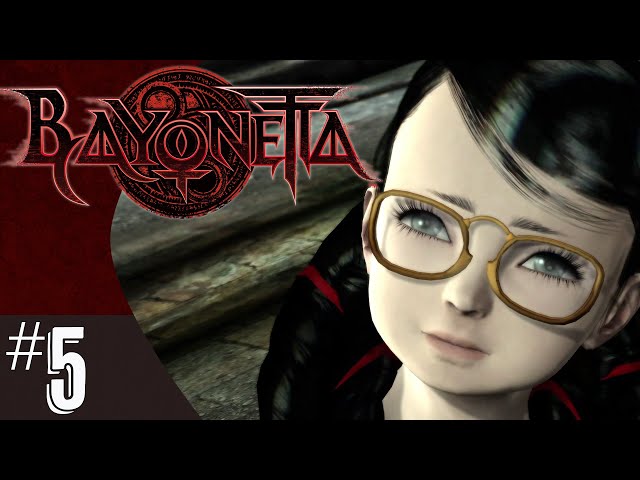 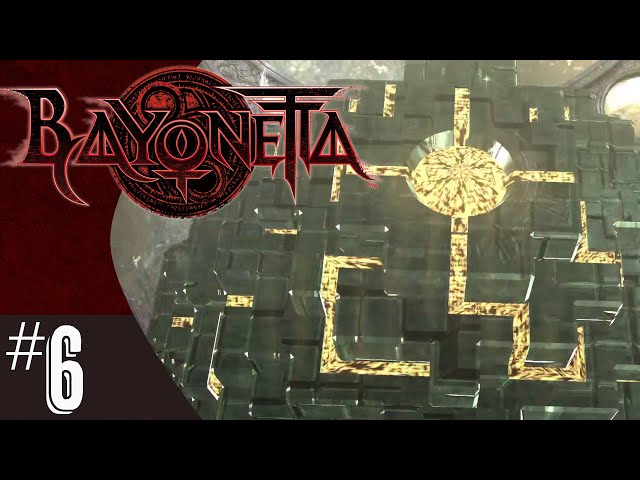 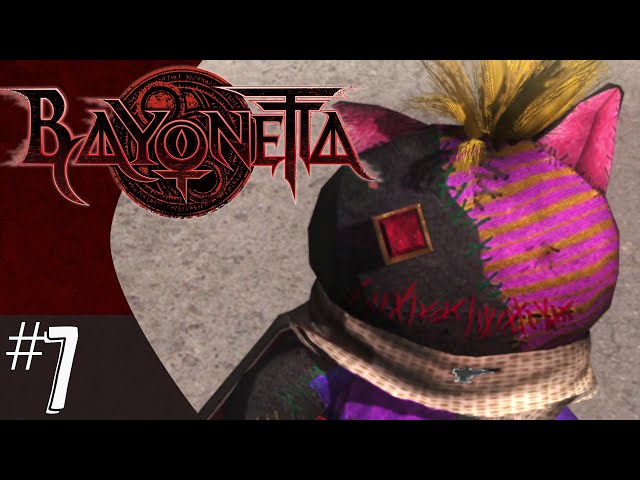 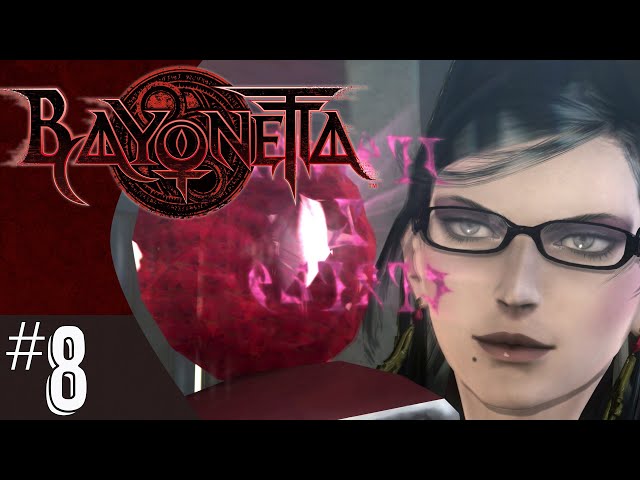 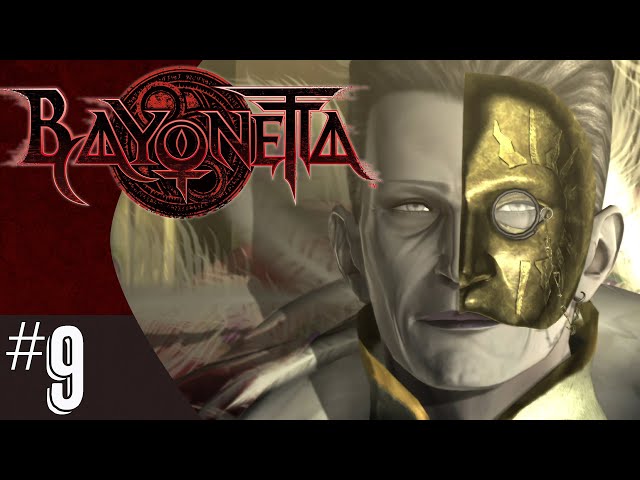 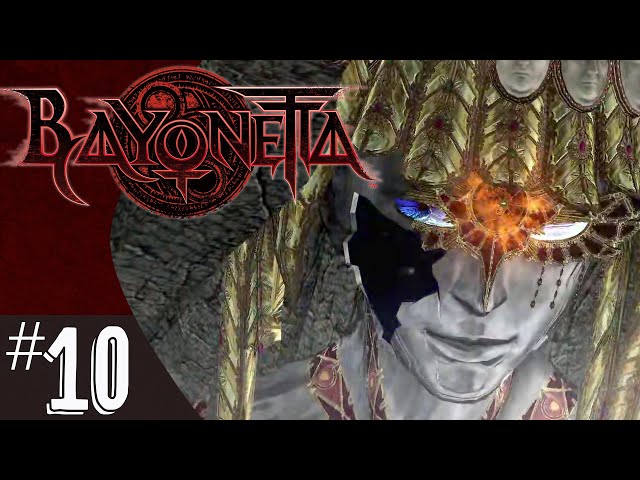 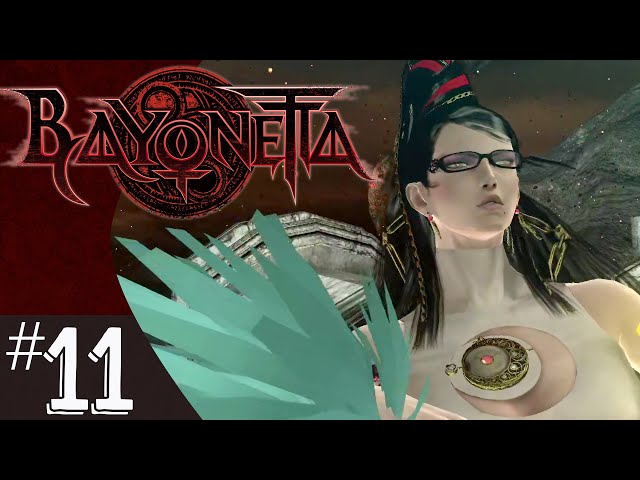 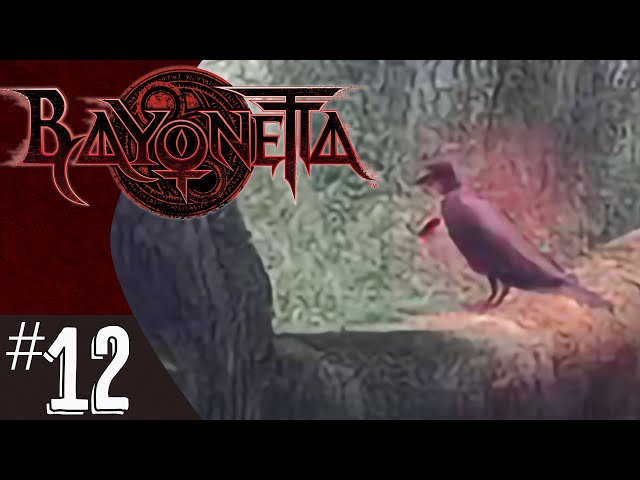 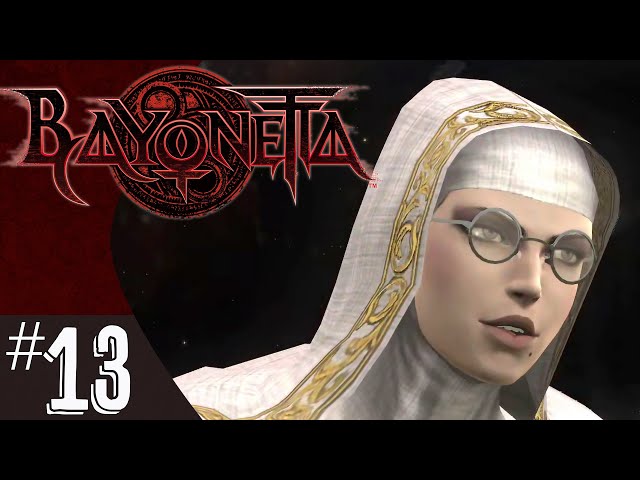 Summary: Bayonetta follows a woman named Bayonetta who was born from an Umbra Witch and Lumen Sage. She seeks out to uncover the memory of her past.

I first played this game on the PlayStation 3, which is considered to be the worst port of the game. However, I still had a great time with it. I actually bought the soundtrack before even owning the game since I knew I’d like the music. Then when I owned the game, I got everything I possibly could in it, which resulted in getting all the trophies, including the platinum trophy. It was my first one on the PS3, and that was a great achievement.

The story of Bayonetta was one that went over my head when I first played the game. It’s relatively convoluted and while there are many notes and details about the game, it can be hard to follow at times.

Bayonetta has lost her memory and is piecing it together. She awoke at the bottom of a lake, killing the man who awoke her, Antonio, a famous journalist. She collects his notes and uncovers that she is an Umbra Witch that practiced the dark arts in ancient times, in contrast to the Lumen Sages which follows the light. Both sides were the Eyes of the World, which balanced the darkness and lightness, a battle that has been going on for hundreds of years, until it was toppled.

The Umbra Witches use demons (Infernal Demons) from Inferno (Hell), while the Lumen Sages use angels (Laguna) from Paradiso (Heaven). The Human World also exist where human beings reside, as well as Purgatorio that is a place between the human world and the angel/demon world where battles can commence without disrupting humans.

Bayonetta travels to Vigrid, an extremely holy and religious city in Europe where people are said to be the closest to Paradiso. There is extreme security measures to get into the city. During her time in Vigrid, Bayonetta meets Jeanne along the way and remembers her from ancient times, realizing that they battled against one another. Bayonetta was of unpure blood, being the child of an Umbra Witch and Lumen Sage, which is forbidden. She was to be kept from the dark arts, but managed to still acquire the skills. Along her journey she also meets Luka, another journalist and son of Antonio that she killed when she awoke.

One of the angels she encounters mentions that the creator, Jubileus, will be returning. This is not the main focus on Bayonetta’s mind, but instead discovers information about the Ithavoll Group which resides on an island (Isla del Sol) right outside Vigrid. The CEO is thought to be a descendent of a Lumen sage.

She meets a mysterious girl named Cereza who calls her mommy. There is a strong resemblance to Bayonetta, and she even has a doll named Cheshire, which is the same name Bayonetta calls Luka.

During Bayonetta’s quest to get to the island, she goes through Paradiso, remembering the past as it comes back to her. The memory of who she was starts to become clearer.

Bayonetta, Luka, and Cereza all take a flight to Isla del Sol and upon arriving get into a combat with Jeanne, one of the many times they faced one another. Jeanne reveals that Bayonetta’s real name is Cereza (meaning the child is Bayonetta’s former self). Bayonetta also holds the sacred left eye of the world, that which is sacred to the Umbra Witches. Conflict arose from both eyes of the world, leading to an endless battle among the Lumen Sages and Umbra Witches that started over 500 years ago.

Upon arriving at the Ithavoll Building, Cereza hears the voice of a man Bayonetta has been hearing the entire journey who has told her to “not worry my dear, sweet child.” Cereza calls this man daddy. Could it be? The man who runs the Ithavoll Group, a descendent of a Lumen sage, actually be Bayonetta’s father?

When she makes it to the top, a man by the name of Balder tells her everything. He wants to use both eyes of the world to control the entire world by resurrecting the God, Jubileus. He even had a major part in the witch hunts, capturing the witches and using their power to resurrect this God and form a new world.

Upon defeating Balder, Bayonetta thinks it’s all over, but Balder didn’t die and instead controlled Bayonetta. Now with both eyes, Balder and Bayonetta merge with an angelic statue, each becoming its eyes. Jubileus has been resurrected. Jeanne saves Bayonetta from the eye of Jubileus. Bayonetta then fights Jubileus and defeats the god, directing it towards the sun. Upon obliteration of Jubileus, the world is saved. It’s suspected that Bayonetta dies, due to a funeral being held for her, but she wasn’t dead and comes out of the coffin to fight some more angels.

This is a fast paced combat game. Things are moving at you very fast, and you have limited time to react before you get hit. Bayonetta has many moves and combs she can perform to destroy the angels. Her basic attacks are punch, kick, and shoot. Combining these to perform combos is crucial. Certain combos will result in a wicked weave attack, which summons a demon using Bayonetta’s hair as medium. These are extremely powerful attacks and using them is key to destroying enemies.

Dodging is also important. By dodging an enemy’s attack at the very last second, Bayonetta will enter witch time where everything around her is slowed down for a few seconds, allowing her to do massive amounts of damage. If you’re good enough, you can dodge an enemy attack while in the middle of a combo and the combo will continue after the dodge. Additionally, when her magic meter raises, she can do a torture attack which is an unblockable attack with a short scene that can kill most enemies and severely damage others.

There is also the Beast Within that allows Bayonetta to transform into a panther and run super and jump far. And she can also use the Crow Within to turn into a crow to fly for a short period of time.

The currency of the game is Halos, and they are used to purchase items and accessories in Rodin’s shop. Some of these weapons and accessories will grand Bayonetta new abilities that increase her strength. The accessories vary from being able to block and counter enemy’s attacks, to protecting her by activating witch time, and even making enemies angry. The purpose of having the enemies be angry is to get a higher combo and halos from them. They are stronger and will attack more viciously, but if you’re good, you can doge them. Taunting the enemies will also make the angry and refill Bayonetta’s magic meter, and her health if a certain accessory is equipped.

Other items that increase health and magic are also available. They can be combined to make even better items if you have enough of them. Pieces of a record can be found on certain stages that are collectible items and can unlock new weapons in Rodin’s shop. There are also broken witch heart and broken moon pearl which will permanently upgrade Bayonetta’s health and magic, respectively. Collecting four hearts will grant her a little more health, while just two moon pearls will increase her magic gauge.

Various crystalized compounds can be found that allow Bayonetta to use her witch magic and concoct items. Most things you make will be healing items, both health and magic, along with other items that can increase her attack and defense, and do massive damage to enemies.

After each chapter is a small mini-game, Angel Attack!, where you shoot angels with a limited number of bullets, aiming for a high score, arcade style. These points can be exchanged for halos, or various items.

There are a total of five difficulty levels in the game, Very Easy, Easy, Normal, Hard, and Non-Stop ∞ Climax. Very easy and easy give you the Immortal Marionette accessory (only for that difficulty) which makes it nearly impossible to get hit since it automates all attacks for you, creating a bunch of combos. Just mash the button. After completing one of the difficulties, you can buy the accessory in Rodin’s shop.

There are Umbran Tears of Blood that are very well hidden in the game. These are crows that glow red and have a jewel around its neck. Bayonetta must capture them quickly or it’ll fly away. By collecting them all (on Normal, Hard, and Non-Stop ∞ Climax difficulty modes), and all the achievements (a total of 101 – 50 achievements and 51 crows), you’ll unlock the Climax Brace to purchase from Rodin for 500k halos. It makes all her attacks wicked weave attacks, but prevents records from being recorded.

The game looks really good. The characters and environment is detailed. The various attacks and their vibrant colors and detailed modeling make the game look quite impressive. Even the design of the angels looks great, some of them looking quite scary, despite being light creatures. And the final boss is quite daunting.

I owned the soundtrack before owning the game, that should tell you how good the music is. Great soundtrack with a new song for each event and area. Out of all the tracks though, the main theme of Bayonetta is probably one of the best tracks.