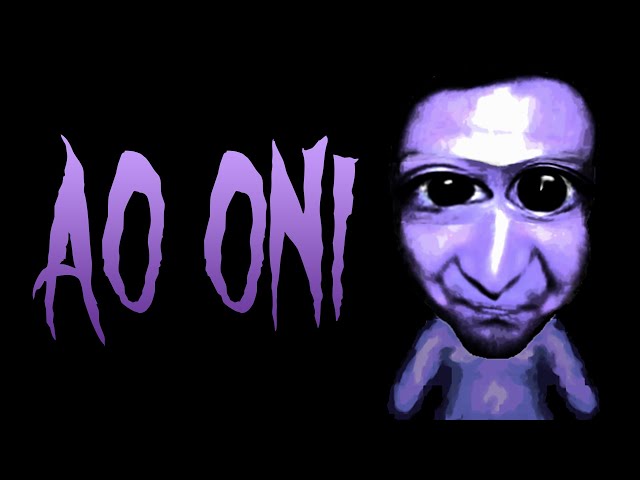 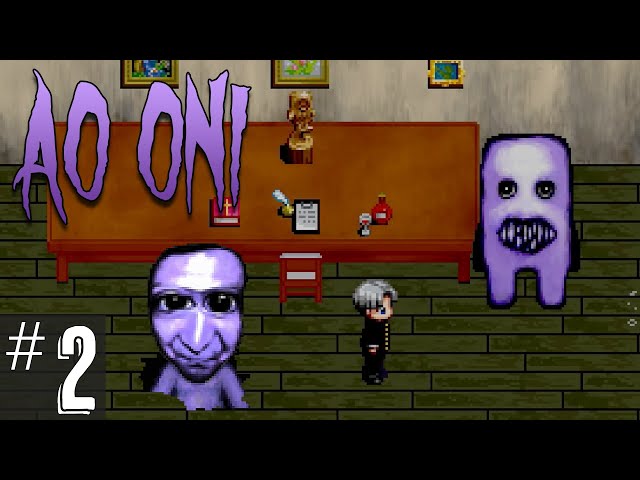 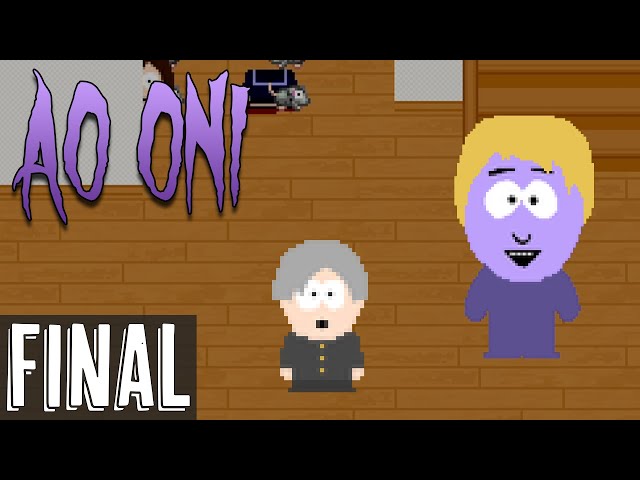 Summary: Ao Oni is a horror game about a group of teenagers that enter a haunted, abandoned mansion and meet a monster called the Ao Oni.

Ao Oni (青鬼 – Blue Demon) is a classic I heard about so long ago that I can’t even count the number of playthroughs I’ve watched. It intrigued me how something so simple looking, could be so scary. The translation of Ao Oni means Blue Demon, but in game the Oni appears purple.

There are many versions of the game available. The most recent, and final, version is 6.23. I’ve watched many people play this version, as well as older versions to see how different it was. Many things have changed since the beginning.

There are also so many Ao Oni fan games that it’s hard to keep track of. This is actually how I first heard about StriHiryu. He has played through a lot of the fan games, some of which are pretty good, while others are hilariously terrible.

Overall, this is a great, scary game created in the program, RPG Maker. There are no RPG elements to it, but it’s quite impressive what was pulled off in that program. It can be downloaded for free on the website. You will need the RPG MAKER XP RTP.

There are multiple codes that can be put in via the character’s name screen:

A group of teenagers enter a haunted, abandoned mansion. Shortly after entering, the doors are locked and a creature appears. This monster is the Ao Oni.

The main character, Hiroshi, must find and save his friends while being chased by the Oni. During his search, however, he discovers the existence of other Onis.

Can the group make it out alive? Maybe, or…well maybe not.

The controls are simple: up, down, left, right, interact, and cancel. Sometimes the controls can make it difficult or are not as responsive as it should be. This can cause issues with evading the Oni.

Solve puzzles and dodge the Oni are the two main things in the game. There is a chance that the Oni will appear randomly from room to room, but there are times the Oni will appear in specific spots. When going room to room, the Oni will continue to chase you for an additional second. That’s why it’s crucial to spend as much time in a room as possible to prevent this. The puzzles can get quite challenging and require observation to complete.

You can save anywhere, which is important because of the amount of times you will die when running from the Oni.

The graphics are pixel graphics that scale nicely. The game runs at a low resolution and does not scale to the monitor size. If playing in fullscreen, the resolution of your monitor will change.

The game also appears to run at roughly 40fps. I’ve noticed screen tearing and stuttering from time to time. To combat most of this, I changed the Vsync setting for the game in the NVIDIA control panel to Adaptive.

When capturing the window in OBS, it’s captured at twice the resolution for me. So I have to crop the bottom and right side by half. For excellent quality scaling that retains the pixels, I used the “Area” scale filter in OBS.

There is no music in the game besides the Oni chase theme. There is, however, environmental background ambience which makes it even scarier. Sound effects are also minimal.