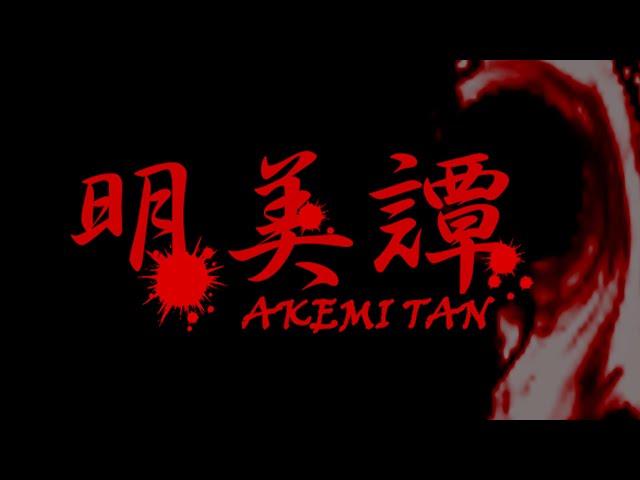 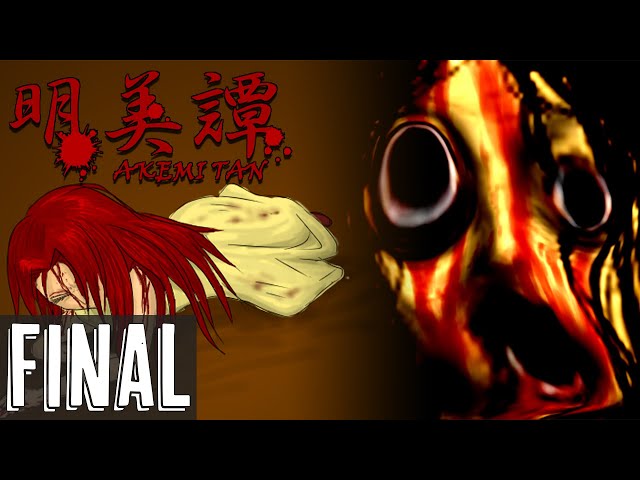 Summary: AKEMI TAN is an indie horror game where an offering to the Ou is eaten by one of the villagers, causing strange things to happen.

AKEMI TAN (明美譚 – The Ballad of Akemi), is a free horror game built using the WOLF RPG editor engine. While the game has no RPG elements, it mostly consists of scares and avoiding monsters.

I first heard of this game from StriHiryu, who has played many RPG maker style horror games. Be sure to check out his playthrough! Since then, I had my sister and friend play the game to see how they react, and my first time playing it was actually during this stream.

It was originally in Japanese, but translated to English. As a result, there may be some text that doesn’t quite work well or are missing from the game. To correct this, you would need to change your system locale to Japanese. I did not do this, so there are some missing fonts.

The game begins with the offering to the Ou, the spirit that protects the village. Unfortunately, a villager eats the offering, causing strange things to happen. This villager is the playable character, Shimoda Shimoko.

During the game, strange things happen to Shimoda as a result of eating the offering. There isn’t much story at the beginning of the game, but by the end everything is revealed.

There is an extended ending if playing through the game a second time. It is worth getting this extended ending to know exactly what happened. The actual gameplay up until the end is generally the same until about half way through where you find yourself in a long hallway where you throw knives at a blue lady with a mask chasing you. I don’t know what the significance of this character is suppose to be.

Controls are simple. Move up, down, left, right and using action and cancel commands. There is a menu for your items. Most of the gameplay is solving puzzles and running from monsters.

Some of the chase scenes can be quite challenging and require multiple attempts to complete.

The game’s graphics are pixel art that scales nicely without blurriness. The resolution is incredible small however, as are most RPG maker style games. The game will not scale and running it in fullscreen will only change the resolution of your monitor. For excellent quality scaling that retains the pixels, I used the “Area” scale filter in OBS.

There is some great music in the game that fits the atmosphere. The sound effects are eerie, and the little bit of Japanese voices that are in the game, are also quite scary.